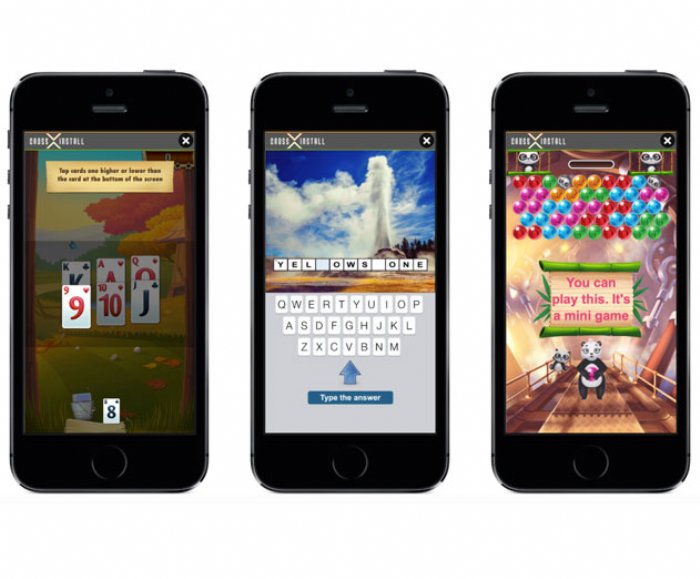 CrossInstall Chats With Us About Playable Ads for Mobile Apps


8,793
We recently had a conversation with Jeff Marshall at CrossInstall to talk about how the company provides a unique approach to mobile advertising. CrossInstall’s distinct approach combines the playable mobile ads it creates with a programmatic, performance based bidder to ensure the ads hit the right audience. With clients such as SGN, PuzzleSocial, Big Fish Games, among others, CrossInstall has found a fun way for app developers to attract new users at scale.

ADM: What are playable ads?

ADM: You recently worked with PuzzleSocial. What did that campaign look like?

Marshall: We worked with PuzzleSocial on a campaign for Daily Celebrity Crossword, the world’s most-solved and top grossing digital crossword puzzle. We created a playable ad where potential users could solve a few different crossword puzzle variations before being directed to the App Store. In doing so, potential players got a clear understanding of the game before even installing.  With an increase of conversions by 20-25%, the playables became a significant driver of user acquisition.

ADM: What kinds of mobile apps can use playable ads for marketing?

Marshall: While mobile gaming apps tend to be the most popular form of playable ads, any mobile app can leverage interactive ads. By focusing in on the core mechanics and what sets the app apart, the key elements can be incorporated into the playable ad creatives in order to effectively mimic the in-app experience.

ADM: Why do you think interactive ads will become more prevalent in the future?

Marshall: Studies continue to show that interactive ads have higher engagement and higher brand recognition than static ads. Playable ads are tailored to each individual user, and in doing so, creates a fun and more dynamic experience. In order for a user to want to return to a game, they have to experience and enjoy the first session. Interactive ads remove this first step so the first point of contact happens before the download, resulting in higher user retention when compared to traditional mobile ad formats.

ADM: What is the process for creating a playable ad unit?

Marshall: The first step in creating a playable ad unit is extracting assets directly from the app. Our  internal designers then work with those assets to build the art for the playable ads. Once the art is complete, we hand it over to our developer team who create the playable ad units to match the app, focusing on what elements make sense for the condensed ad experience. Once the ads are complete and approved by the advertiser, the campaigns are ready to launch.
From here, the programmatic bidding and modeling system takes over in order to find the correct target audience and begin driving quality installs. After launching the campaigns, CrossInstall is able to optimize by looking at the user post-install activity to gauge the return on ad spend. User retention and in-app purchases are at the core of the user quality. By taking advantage of return on ad spend data on publishers that had driven install traffic with enough data significance, CrossInstall was able to begin setting hundreds (and eventually thousands) of custom pricing targets for publisher/country combinations in order to dial in the exact return on ad spend.

ADM: What are your goals when producing a playable for a client?

Marshall: Ultimately our goal is to increase our partners’ traffic, drive new user growth and engagement while creating a dynamic and enjoyable ad experience.  We do what we can to highlight the app’s  features while at the same time creating a high quality ad that users will want to continue playing, even after the ad experience has concluded.

ADM: What are some of the major differences between interactive ads compared to traditional mobile ad formats?

Marshall: The major differences between interactive ads and traditional mobile ad formats lies within the results. Interactive ads naturally have higher conversion rates, since viewers get to experience a  version of the app itself. The ads are also interesting and fun for the users. On average, 30% of users that click will install and run the advertised apps compared with the industry standard of 1% for static ads. Additionally, the playable ads pre-qualify the users before they reach the advertiser.  They are deeper and richer experiences. These users engage at a higher rate than users received via other advertising channels such as native, display and even video.

Marshall: Because of the higher interaction and click-to-install rates, publishers love playable ads and often prioritize them higher than static interstitial or video ads. 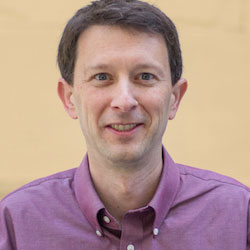 Jeff Marshall is the CEO and co-founder of CrossInstall, a programmatic DSP offering playable mobile ads at scale. CrossInstall provides a unique approach to mobile game advertising as it combines both the playable mobile gaming ads it creates with a programmatic, performance based bidder ensuring the ads hit the right audience. Since founding the company in 2012, CrossInstall has become the preferred playables and programmatic partner for major mobile gaming companies including Game Show Network, Machine Zone, SGN, Puzzle Social, PocketGems, Natural Motion and Big Fish Games among others.
Jeff spent many years in the games industry developing titles across a number of platforms including coin-operated, pinball machines, Nintendo, PlayStation, Facebook and mobile. Prior to starting CrossInstall,  Jeff co-founded social games studio FrozenBear, which was sold to SuperRewards, the pioneering advertising offer wall platform on Facebook. Jeff then led the development of SuperRewards through the acquisition by Adknowledge. Jeff has also served as COO of Mail Archive Inc., and CEO of 10coders. He holds multiple engineering degrees from MIT, where he originally met several of the other CrossInstall co-founders.