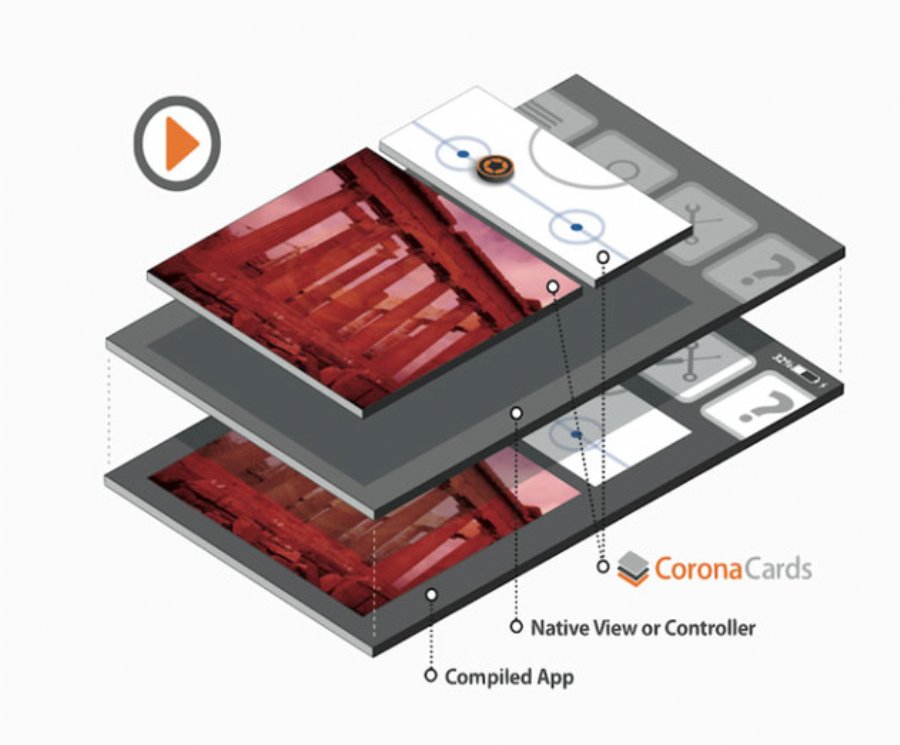 Corona Hints At a New Ad Network With New CoronaCards


1,764
Corona sent a letter to developers today to announce a new "closed beta" of CoronaCards. Essentially it allows developers of Corona and other platforms such as GameSalad, and Unity to "overlay" a version of Corona from within their apps (think interstitials).
Here are a few examples of what they say cards will be good for:
Developers using frameworks like Appcelerator or PhoneGap, with limited ability to add rich content, can use CoronaCards in their app to easily layer on cool interactive features.

Developers (using any tool) that want to add a relatively complex feature like image filters (think of Instagram) can use CoronaCards and take advantage of our super-simple APIs to do this in just a few lines of code.

Developers using a tool like Unity could use CoronaCards to quickly add and iterate on simple 2/2.5D aspects of their game UI.

It's an interesting prospect especially considering making Corona somewhat "portable" in an overlay fashion could open some crazy interactive advertisement solutions which they allude to later on in the note:

"In addition, we are working on some extremely cool applications of CoronaCards that we can’t say too much about yet. But here is a quick taste: imagine mobile advertising that can do everything Corona can do! Yes, it would blow away anything else in the market. The engagement and conversion rates are off the charts, and the data/analytics you can get are also very unique. We’re working on this with some partners and will have more to say soon!"

It's hard to tell someone a secret without actually telling them "the secret" so it's obvious Corona is working on some sort of Corona based ad platform that will allow some interactive app or gameplay scenarios. This is exciting news for developers of Corona apps because my guess is delivering interactive demos of your apps will be a cinch.
Corona Cards is currently in closed beta but they are asking for suggestions on how you can see yourself using the new feature in a non-conventional way.