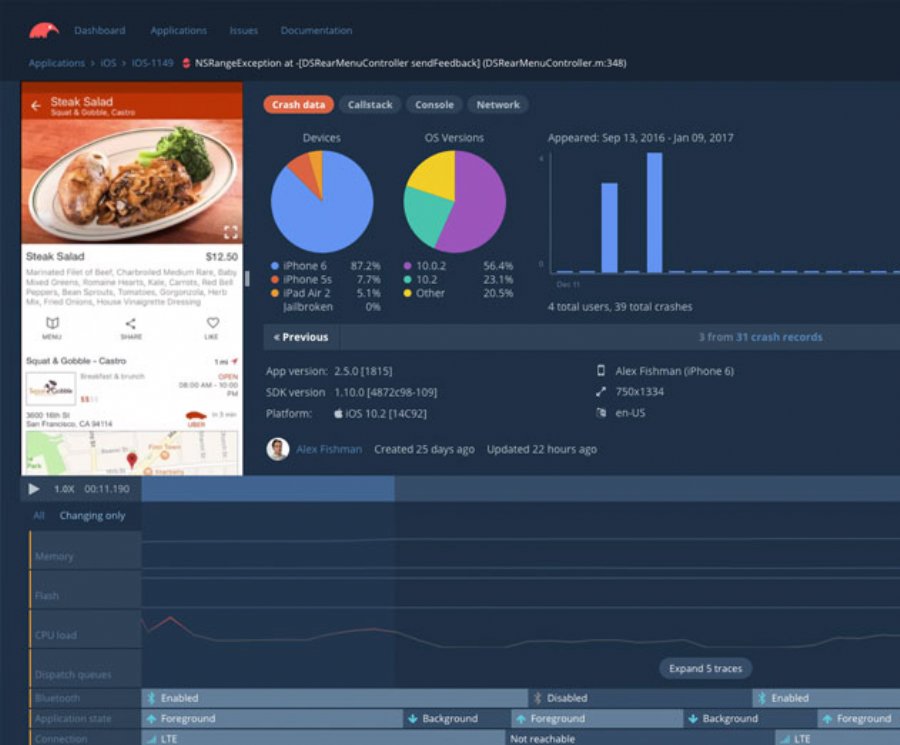 
7,043
New bug fixing tool allows app developers to spend more time improving functionality and user experience and less time logging, explaining and fixing buggy apps.
Bugsee announced its corporate launch and the general availability of its bug reporting and crash analytics tool for mobile app developers. Bugsee is the only bug reporting solution that continuously captures video of user interactions in live apps so that developers can see first-hand the actions that led to the bug or crash. Bugsee eliminates the difficult and time-consuming task of reproducing intermittent bugs and shortens the communication cycles between developer, users, beta testers and quality assurance (QA) for swift resolution and improved QA processes. With Bugsee, developers can spend more time improving functionality and user experience and less time logging and debugging Android and iOS apps.  As a result, stable, quality apps are brought to market faster and organizations avoid the poor retention rates caused by buggy apps.
Software bugs cost the U.S. economy nearly $60 billion annually and the bulk of developer time, 75 percent, is spent logging, investigating and fixing problems.  Co-founded by two seasoned software engineers, Alex Fishman and Dmitry Fink, Bugsee sought to correct this inadequacy by automating and simplifying the bug lifecycle – giving mobile app developers all the information needed to find and fix pesky bugs right at their fingertips.  When a bug is reported or an app crashes, Bugsee automatically sends a notification to the user's bug tracker of choice. The Bugsee dashboard then displays all the crucial data that led to the bug, including short video clips capturing user actions, synchronized with console logs and network traffic (with body) and other information needed to squash the bug quickly and efficiently.
"We think of Bugsee as the flight recorder or black box for your iOS and Android apps," said Alex Fishman, CEO and Co-Founder of Bugsee.  "It's a powerful investigative tool for fast and efficient debugging and code fixing. Everything is logged at all times and the problematic sequence that led to the bug or crash is captured on video for easy identification and quick resolution.  We believe Bugsee is an invaluable tool for mobile app developers and development teams and will become the must-have technology used by developers for building and maintaining quality, bug-free apps."
Early response from developers, development 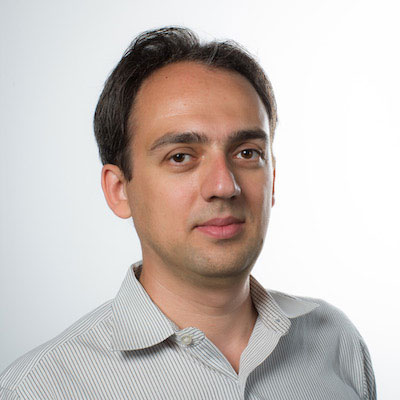 Audio commentary from
Alex Fishman, CEO of
Bugsee
teams and industry pundits has been overwhelmingly positive.  Bugsee received top billing on Microsoft-owned CrashProbe.com, the crash reporting and test suite that benchmarks and compares popular iOS crash reporting services.  The startup community and mobile app shops including organizations like Hatch Baby, Hiku, WillowTree, Foresite, Snapsale, and Booster Fuels praise Bugsee for its unique, in-demand capabilities and killer features.
"Bugsee has solved the biggest pain point between me and my clients who are developing mobile apps – how to properly report a bug," said Adam Shaw, Chief Software Architect at Foresite.  "Bugsee saves me and my developers a lot of time and has made a huge impact on our QA process."
Bugsee can be easily integrated with existing workflows including 15 different bug trackers and with popular collaboration tools like JIRA, Trello and Slack.  Both the iOS SDK and Android SDK are supported by simply adding one line of code.  Developers can start using Bugsee for free with premium services available for a small subscription fee.