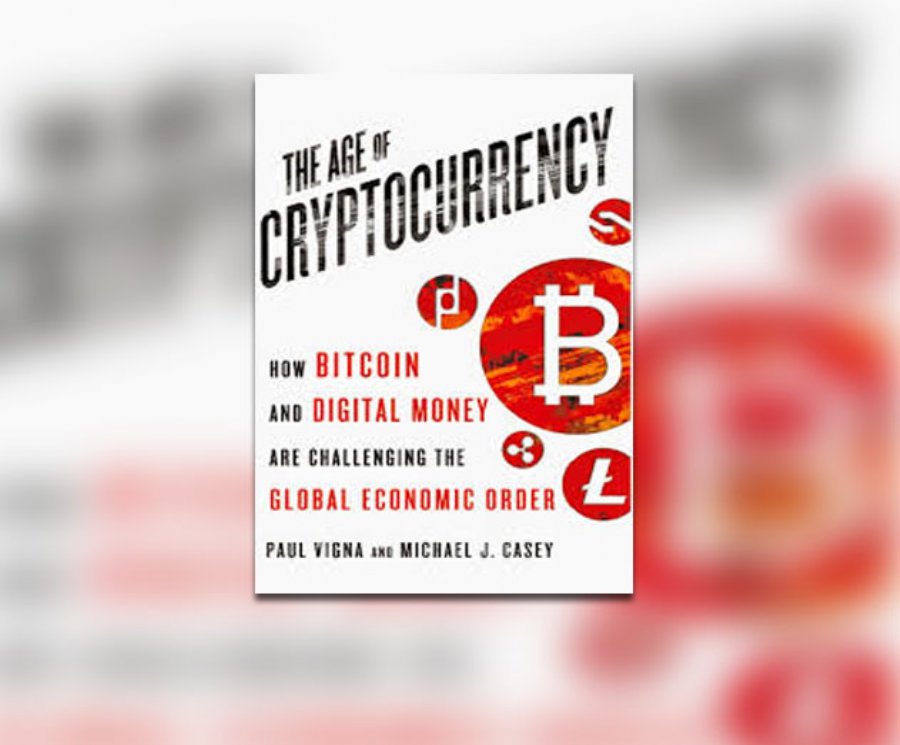 
5,859
Bitcoin and Digital Money are challenging today’s Global Economic Order. Financial journalists Paul Vigna and Michael J. Casey have written in THE AGE OF CRYPTOCURRENCY: How Bitcoin and Digital Money are Challenging the Global Economic Order. THE AGE OF CRYPTOCURRENCY demystifies virtual currency.
Bitcoin is a digital currency and peer-to-peer (P2P) payment network based on open source. It was first brought to market in 2009. Satoshi Nakamoto was the developer of created Bitcoin. Nakamoto was the creator of Bitcoin’s public-key cryptography. Its cryptographic security can process transactions efficiently and cost effectively.
Organizations can access the Bitcoin network with little to no fees. This can be a more convenient option versus PayPal in which its fees can be later reversed. These type of chargeback frauds can penalize its customers and limit market reach for businesses. Bitcoin payments on the other hand are irreversible. They are also more secure in which fraudulent fees to not affect merchants. International payment transfers are also transferred faster.
In the United States, Bitcoin may not be as popular but in other parts of the world this is certainly not true. Many developing countries find it harder to understand Bitcoin. It is also a generational factor which creates conflict to adopting digital currency as this generation is older and more used to cash payments. Adoption in countries is still a challenge. Locations with high rates of mobile adoption are hot spots for Bitcoin.
Bitcoin is being used to purchase any type of product or service. There is still a minority who are able to comprehend the controversies of the currency. Many believe that Bitcoin will never become fully adopted. Vigna and Casey indicate that Bitcoin represents a monumental paradigm shift that will dramatically transform the social, political and economic landscape. Bitcoin has been known for instability and illicit business.
The authors revealed that Bitcoin is here to stay. Vigna and Casey have shown that cryptocurrency has potential to benefit business. One example is that Bitcoin is able to removes the middleman from the financial system. Bitcoin can promote global financial equality for any type of person allowing them to reach their purchasing span across a global economy.