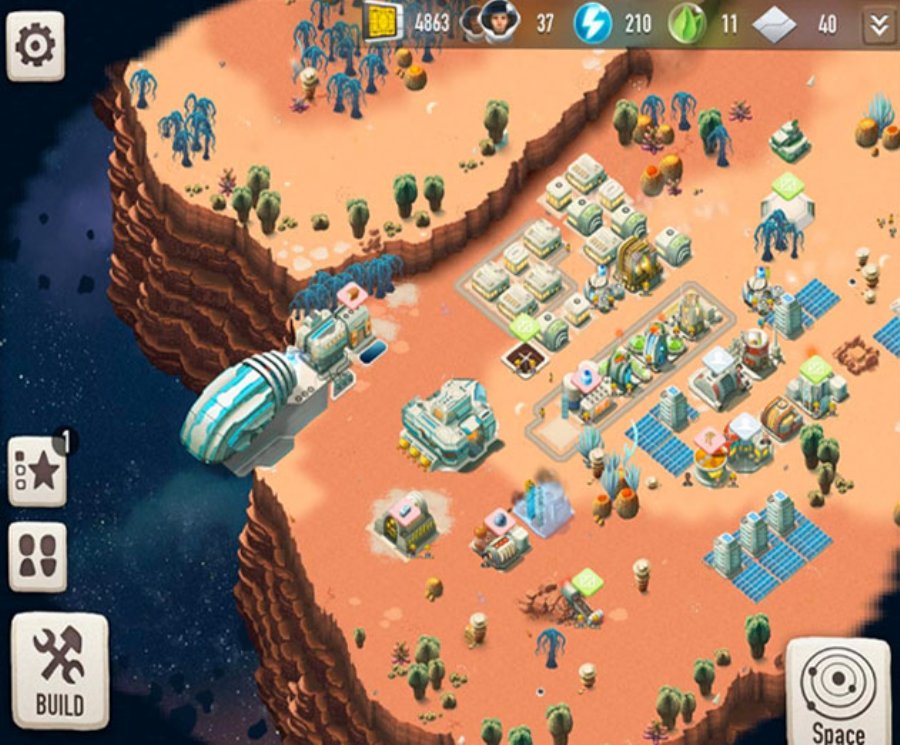 Atari has announced that the new hybrid city-builder and space shooter game Lunar Battle is now available on the App Store and Google Play. Lunar Battle is a new, original Atari title where players crash land into an epic deep space adventure to explore uncharted terrain and conquer the galaxy. This captivating free-to-play city-builder incorporates arcade-style combat elements originally popularized in classic Atari space shooters such as Asteroids and Star Raiders for a unique gaming experience on mobile.

As a member of a brave crew of intergalactic explorers, your journey begins when you crash-land on a mysterious, inhospitable planet deep in space. Gathering resources and building infrastructure will be essential to ensuring your fellow explorers can endure the desolate terrain and prosper into a growing populace amidst alien threats. Protect the expanding base by taking to the skies to combat against AI and player-created spacecrafts as part of an exhilarating multiplayer experience. A well-functioning and self-sufficient economy will allow you to survive and thrive in Lunar Battle, in addition to mastering the following key gameplay features:

- Build a Base: Create a thriving planetary colony by building all of the essentials a space community needs - power, food, water, tech and more. Customize building layouts to create the ultimate personalized galactic refuge.

- Explore the Planet and Harvest Resources: Unearth precious resources including space ores, ship parts and untapped energy sources. Use the materials to keep your population growing and the colony booming.

- Destroy the Enemy: Equip workers with blasters to fight off hordes of deadly aliens and expand human territory.

“Lunar Battle is an innovative game unlike other mobile city-builders because of its deep resource management and exciting arcade combat,” said Fred Chesnais, Chief Executive Officer, Atari. “We are excited to launch Lunar Battle worldwide today, as we think players will enjoy the unique mixture of city-building simulation and arcade-style space shooting.”