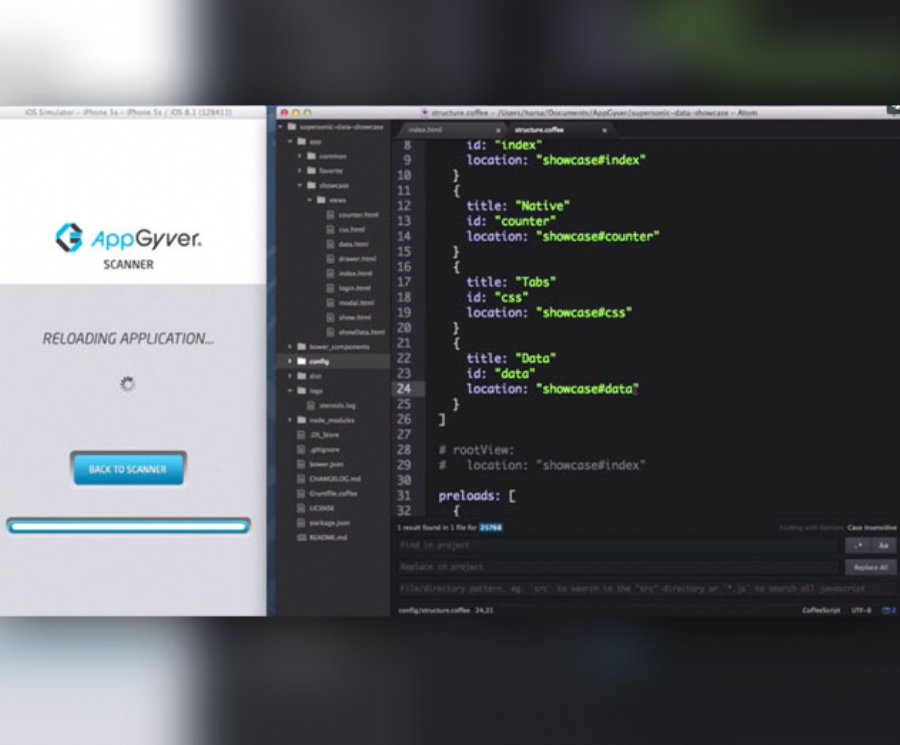 
3,449
AppGyver just released Supersonic this week, defining a new way for developing  high-performance mobile app user interfaces. AppGyver offers users a platform for both the novice and seasoned mobile developer in executing HTML5 mobile apps which are indistinguishable from native applications. Supersonic is a next-generation mobile hybrid framework where developers can build HTML5 hybrid apps which are able to appear as real native apps and provide high-performance.
Supersonic delivers hybrid app performance indistinguishable from native, easy integration of virtually any cloud service, and dramatically simplifies the creation of complex apps. The new framework builds on AppGyver’s technology, which boosts PhoneGap-based HTML5 hybrid app performance to near-native app level.
A native app delivers cost savings for users and can require less time for the organization to implement. HTML 5 has the potential to develop into a mainstream standard as more tablet and apps are developing within the market. The connectivity benefits are available and endless. Users have the ability to communicate using HTML through innovative frameworks such as Supersonic. Supersonic is a simpler alternative to the traditional platform.
AppGyver provides Android performance by almost three times as compared with traditional PhoneGap apps. The technology is backward compatible with PhoneGap. Developers can also benefit from the Android OS and integrate any PhoneGap-based framework such as Famo.us and Ionic.
Today’s mobile apps offer a variety of cloud services.  Performance improvements have resulted from the company’s partnership with Intel. Through the collaboration, the open source web runtime project, Crosswalk allows application developers to use Supersonic in creating hybrid apps on Android with native-like performance.
Users can sign up for a Supersonic account at http://www.appgyver.com/supersonic.