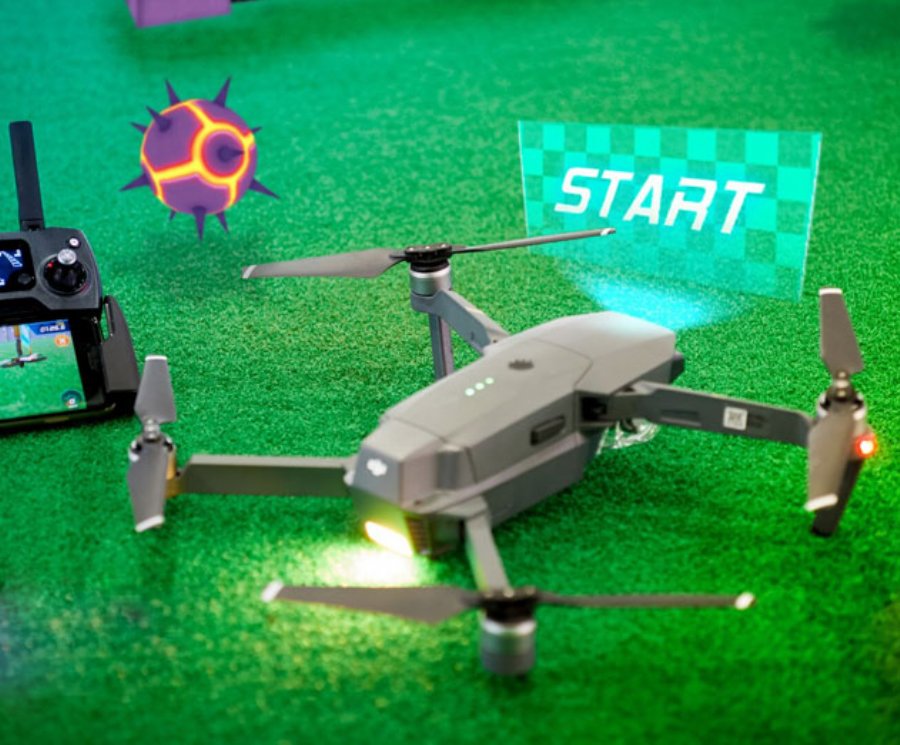 
32,539
Edgybees just launched a new augmented reality (AR) mobile application that is compatible with DJI drones, including the older Phantom 3, the Phantom 4 and the new Mavic Pro. Developed using DJI’s software development kit, the 'Drone Prix' is the first ever AR mobile app created specifically for DJI’s aerial platforms, allowing users, especially new drone pilots, to master their skills in a fun, safe and immersive way.
The game is centered on flying the drone through a virtual obstacle course while collecting prizes and avoiding obstacles along the way. Drone pilots can compete over the best performance, points and time for a coveted place in the high-score leaderboard with other drone pilots around the world.

- Solo and Competition Modes: Race against the clock to beat your previous score or compete with other users around the world to make it onto the leaderboard.
- Flight Assistant: Track guiding will assist the pilot in the 3D space while they navigate around obstacles to collect coins and prizes.
- Multiple Courses: Featuring over 30 different obstacle courses, with varying difficulties suitable for novice to experienced pilots.
- Social Engagement: Pilots can link their user ID to their Facebook account and share their achievements with top performing pilots appearing on the leaderboard.
Similar to the DJI GO 4 App, the Drone Prix is a mobile app that can be downloaded to the user’s smartphone.  Once the drone, remote controller and mobile app are powered on and connected, the user will get the drone’s camera view on their app, they can then select the course and start flying.
"DJI's support for the startup and developer communities has not only meant creation of new usage applications, but also new business opportunities," said Taehyun Moon, DJI's Director of Brand Management. "The Drone Prix app is one of the many great examples of how our SDK has opened doors to new creative possibilities and expanded developers’ ability to build exciting new custom applications.”