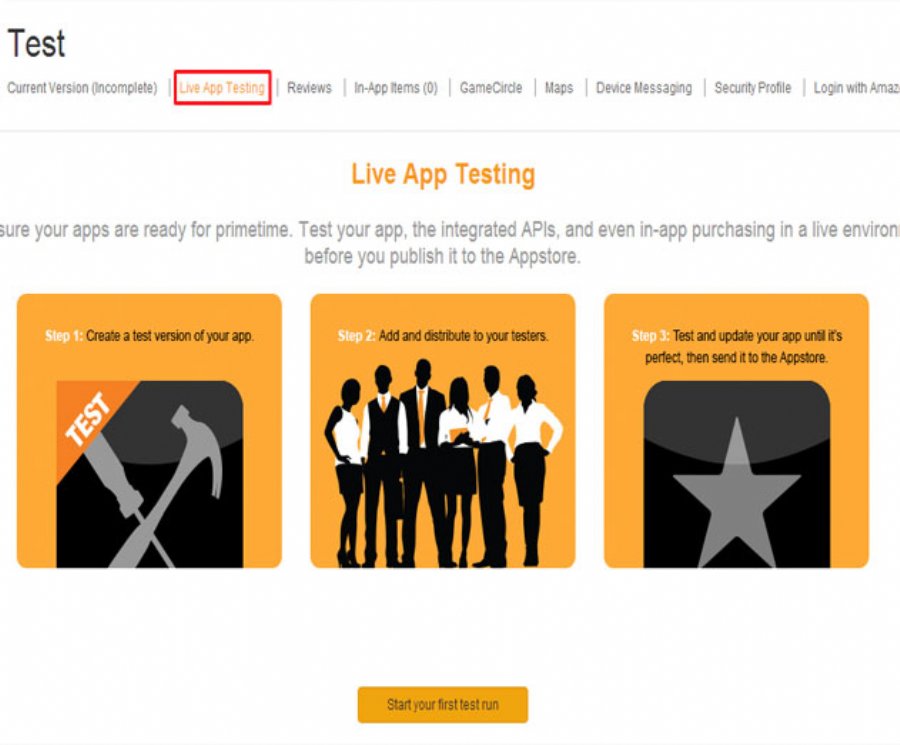 
31,347
Amazon is launching a new tool for mobile developers called Live App Testing to help distribute apps in the Amazon Appstore by providing access to a pre-defined set of testers before going live.
The testers will be able to sample the full suite of Amazon services - including in-app purchasing - against Amazon’s production environment, to help ensure an app is working as expected. This live testing provides the ability to gather feedback, improve quality, increase stability and optimize the experience before an app is push pushed live for all customers to download.
Live App Testing allows developers to create a version of an app that is only distributed to select testers of that the developer chooses. It provides the ability for developers to invite testers by adding the tester’s email address to Live App Testing. Once testers are invited to test, they will receive an email with instructions to download the test app and begin testing against Amazon’s production environment. Only a developer’s specific invited testers will be allowed to download and test an app. As a part of Live App Testing, developers can test apps on any Android or Amazon Fire device.
Live App Testing provides the following:
- Test an app against Amazon production environment before distributing to everyone instead of waiting until after app is launched to get real world testing.
- Define the testers to distribute the app to provide more control over the test.
- Quickly test against a production environment (developer’s and Amazon’s), helping to ensure a higher quality app when it is released to the general public.
- Easily define the list of testers to test an app and eliminate the need to keep track of who has been invited to test an app. Amazon takes care of the complexity of ensuring that only the set of defined testers are the ones that are actually testing the app.
- Test on all Android and Amazon devices.
Amazon provides a step by step guide on setting up the process. To get started with testing, access the Amazon Developer Portal. Developers who don’t have an Amazon developer account can sign up for free.