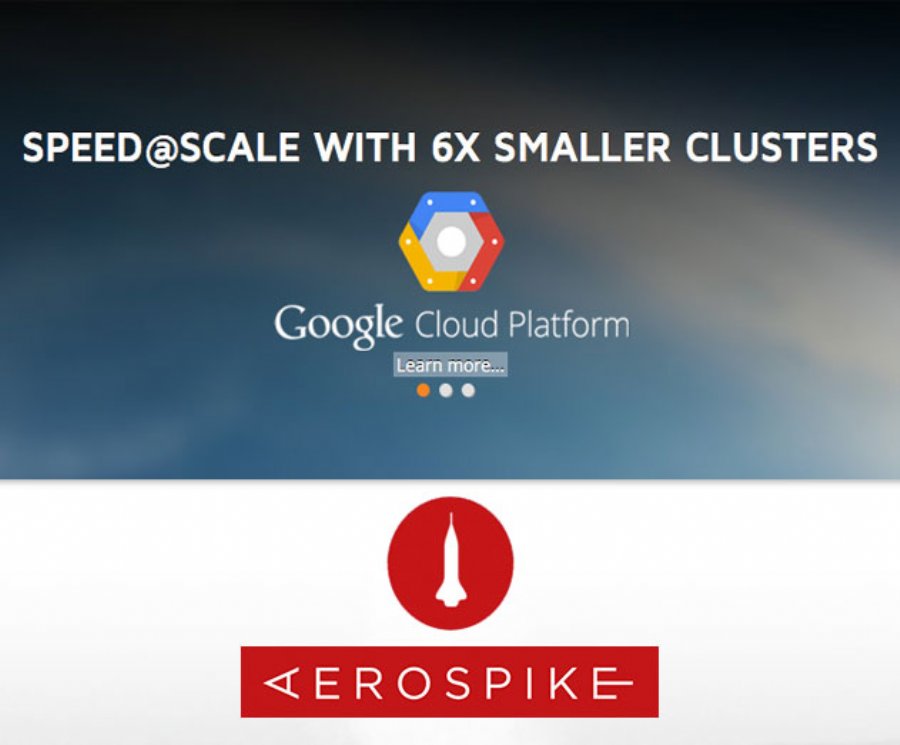 
6,001
Google recently featured Aerospike in its new benchmark on its blog announcing the Aerospike In-Memory NoSQL database is now available with Click-to-Deploy on Google Compute Engine.
Sunil Sayyaparaju, Director of Product & Technology at Aerospike blogged on Google about the company seeing Ivan Santa Maria Filho, Performance Engineering Lead at Google, demonstrate 1 Million Writes Per Second with Cassandra on Google Compute Engine, and how the team at Aerospike decided to benchmark their product’s performance on Google Compute Engine and push the boundaries of Google’s speed.
The Aerospike benchmark for Google scaled on Google Compute Engine with consistent low latency and only required smaller clusters. There were impressive indications such as 1M Aerospike reads per second for just $11.44/hour on +Google Cloud Platform.
Developers can benefit from speed, scale, and price-performance ratio which Aerospike can provide. Both Aerospike and Google unveiled a benchmark which shows how Aerospike delivers a 6x cost savings over its competitor company, Cassandra.
Aerospike was able to achieve 1 Million database transactions per second per server this year, accomplishing its goal to more than double its previous performance. In an independent benchmark test conducted by Thumbtack Technology, the company also impressed in NoSQL databases, Aerospike was able to deliver close to 10 times the throughput. The Thumbtack benchmark used Yahoo! Cloud Serving Benchmark (YCSB) for simulation.
Indications of this benchmark showed durable, replicated behavior. The report highlighted that Aerospike was 5-10 times faster than other companies achievements. Thumbtack also highlighted that most striking result from the company was the raw throughput number Aerospike was able to achieve even while committing to disk across multiple nodes.
The recent blog post has hit millions of read writes per second with just 50 nodes on Google Compute Engine. The company is also planning to launch a next generation version of the Aerospike database, with new features and enhancements in the coming weeks.