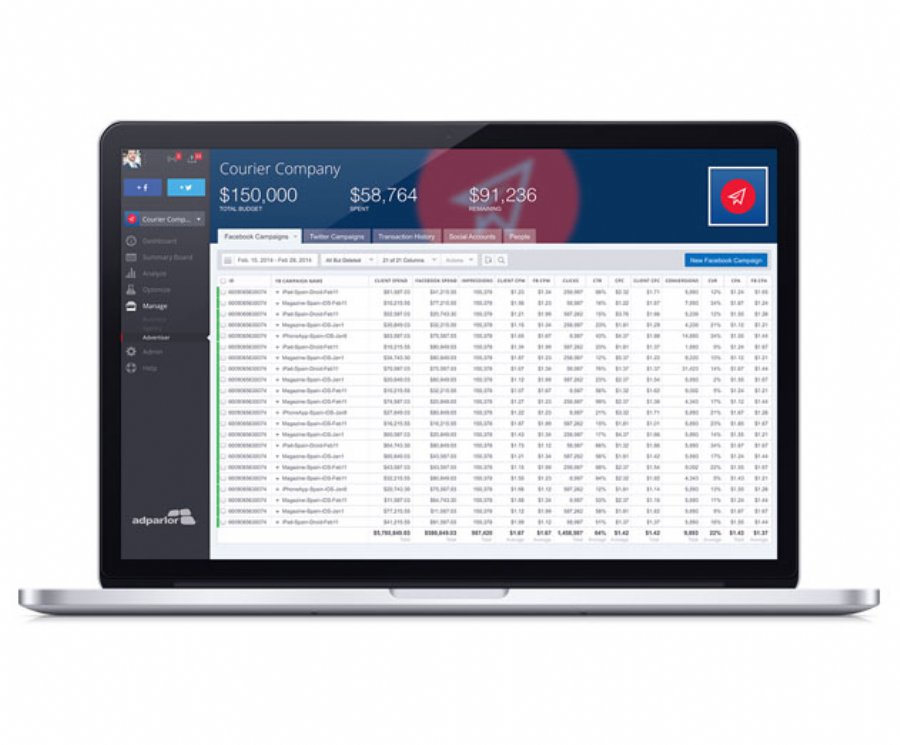 
1,462
AdParlor have given advertisers more control over ad scheduling with the introduction of new Day Parting for Facebook Ad Sets. Now, when creating Ad Sets on the AdParlor platform, advertisers can set a schedule for Ad Sets (and ads within Ad Sets) to turn on and off, which also tells Facebook when advertisers plan on having them paused, so that these status changes do not affect delivery, and full budgets can be spent.
This introduction is in response to a situation where many Facebook Marketing Partners relied on their software to pause and activate ads based on the time of day (called day parting, or ad scheduling). The problem with this system is that Facebook is unaware that advertisers plan on pausing ads, and therefore does not take this pause into consideration when it is trying to run ads and spend budgets. This can lead to a situation where ads are underserved.
New Support for Simplified Chinese
Facebook and Twitter’s presence continues to grow into Asia, with Facebook now having a reported 449 million monthly active users in Asia, while Twitter has a reported 225 international monthly active users.
AdParlor and Adknowledge have ventured into a alliance with one of Asia’s largest telecommunications companies, Axiata, to provide businesses in Asia with the software and service needed to execute their digital marketing strategies. This includes the extension of the Adknowledge Asia’s localized, multilingual service and support to the Adknowledge social product - which now offers Chinese Simplified as an available language on the platform. With the platform update to accept translations for other languages, AdParlor will be adding more languages in the future.