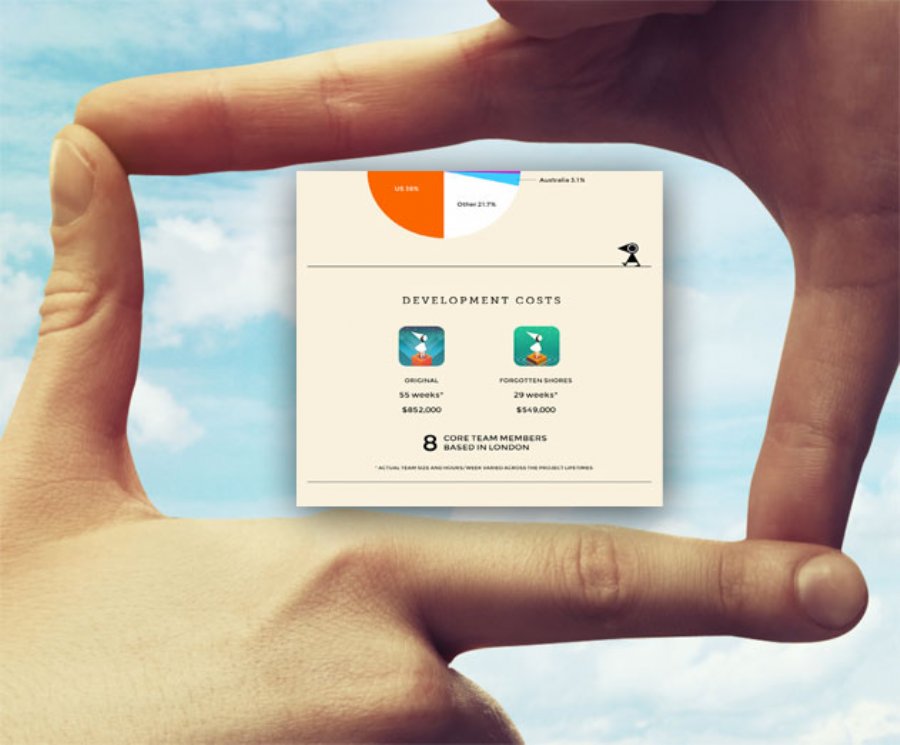 
2,084
I can’t imagine a more competitive industry than the mobile games industry. The potential rewards are huge and real chance of very expensive failure is ever present. You can use one of the popular app store data companies to find out where a company ranks, and maybe have an idea of what that success means, but rarely do you get insider info like ustwo studio has released.
A digital product studio with locations in New York, Malmö and London, the company provides services for a number of companies worldwide as well as publishing its own portfolio of apps, including Monument Valley. It’s the Monument Valley game that the company has, for lack of a better term, lain bare as it has published the core statistics about the specific financial success of the game, the development costs, and much more.
The information is presented in an infographic on the Monument Valley blog. So what are some of the numbers? Almost $6 million in revenue and one day high revenue of $145k. 81% of revenue was from iOS, 14% from Google Play and 4% from Amazon. The US dominated downloads with 38% with China coming in second at 12%. Initial development costs exceeded $800k and development of the Forgotten Shores expansion pack was $550k.
What makes things more amazing is the fact that Monument Valley is a paid app at $3.99. Which shows that the freemium model is not the final say on monetizing an app.