Next
Richard Harris
4/21/2016 3:07:34 PM
4/21/2016 3:07:34 PM
The Current State of IT Hiring and Employment in the United States
Janco,Compensation,IT professionals
https://appdevelopermagazine.com/images/news_images/The-Current-State-of-IT-App-Developer-Magazine_xun0uox4.jpg 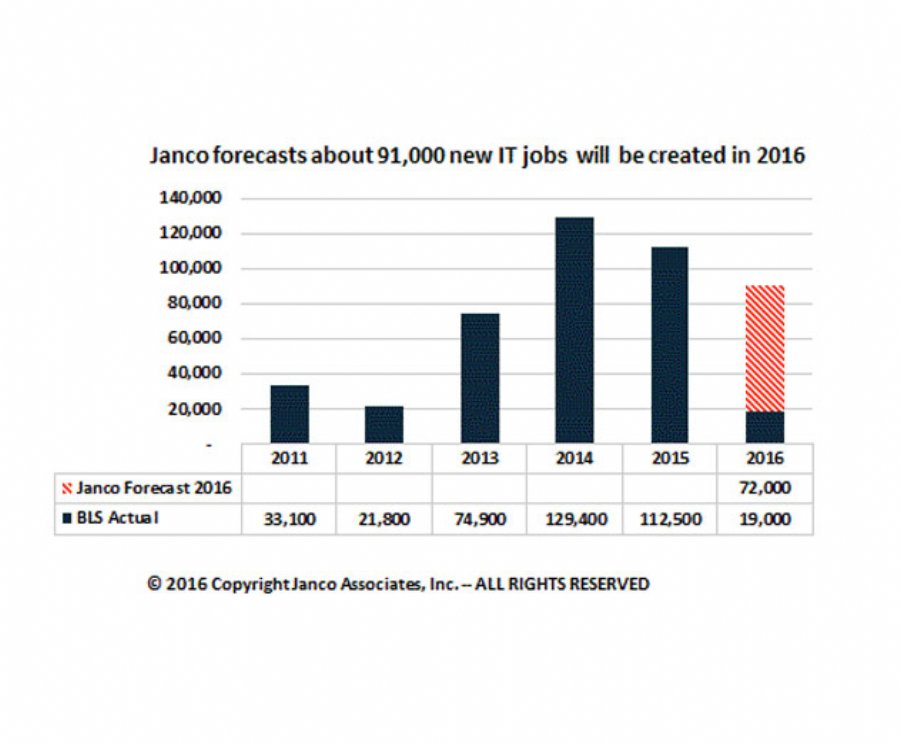 
4,977
According to a recent report, compensation for all IT professionals has increased by 1.39% between January 2015 and January 2016. The data was made available through the 2016 IT Salary Survey which is produced by Janco and eJobDescription.com.
The report shows that the total mean compensation for all IT professionals increased from $81,583 to $82,483. In large enterprises, the median compensation rose 1.48% from $83,872 to $85,110. In mid-sized enterprises, the mean total compensation for all positions increased by 1.29%% from $78,838 to $79,856.
Among other findings of the report:
- In 2015 the IT job market grew by 125,700 versus 129,400 in 2014 and 74,900 and 62,500 in 2013 and 2012 respectively according to the Bureau of Labor Statistics (BLS).
- Technology centers including San Francisco (Bay Area), Chicago, Atlanta, District of Columbia, New York and Washington State continue to lead the way in new IT job creation.
- Positions in highest demand are all associated with security, training, large data center management, distributed/mobile system project management, quality control, BYOD implementation, capacity planning and service level improvement.
- Mandated requirements for records management systems and electronic medical records have increased the demand for quality control staff and custodians (librarians) of mechanized records.
The report also predicts that in the short term, while the demand for executive and management staff remains flat, the demand for IT staff, such as application developers, data scientists, etc shows an upward trend for the remainder of 2016.