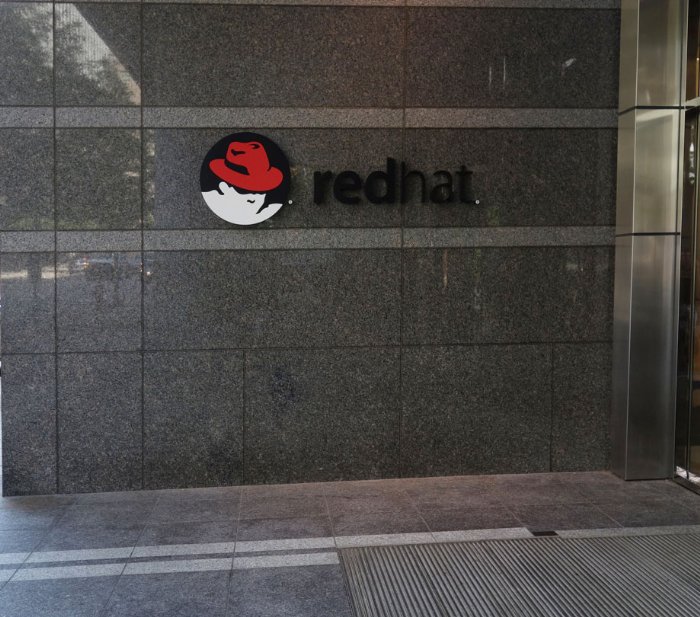 IBM buys Red Hat what does it mean

We chat with Sacha Labourey about how IBM acquiring Red Hat will impact open source, and what it means for the open-source community.

With the IBM/Red Hat acquisition finalized, Jim Whitehurst has reaffirmed Red Hat's commitment to open source following much speculation. Given CloudBees' own commitment to open source through their work with the Jenkins project, Sacha Labourey, CEO of CloudBees, has expressed what a "massive win" this is for both Red Hat and the open-source community. CloudBees and RedHat have similar business models and have been dominating the industry over the last few years. In the past year alone, a number of RedHat executives have joined the CloudBees team, some coming from other billion-dollar companies and forecasting CloudBees to see the same rapid growth. Labourey shares his thoughts on the acquisition, its impact on the open-source community, and his predictions for the future of open source.

ADM: What is the impact of the IBM/Red Hat acquisition on the open-source community?

Sacha: With the advent of the public cloud, pure open-source models are hard to defend. The large cloud players (Microsoft, Amazon, Google) have reached a point where they are able to provide similar software infrastructure foundations to what Red Hat provides but at a lower cost. For these large companies, their objective isn't to monetize their software assets, but move computer workloads to the cloud. They think of themselves as the next-generation data center, not selling operating systems. Because of this, most open source-based companies have opted for an open core business model, mixing the open-source benefits of wide-scale adoption to the proprietary software benefits of differentiation. Open core business models have become the norm and will continue to be mainstream. The Red Hat acquisition is an example of this shift happening before our eyes.

ADM: IBM buys Red Hat what does it mean? Do you think we will continue to see large open-source acquisitions?

Sacha: Yes! Public cloud has become the new infrastructure. That's ultimately where 95% of all workloads will be running, which gives a select few vendors the opportunity to become massive organizations. This market leaves no room for small to average-sized vendors; we will soon be in a state of oligopoly. My belief is that in the growing phase of such a market, the sales acquisition costs won't matter—for every $1 of business a vendor acquires today, the total contract value associated to that $1 over the lifetime of that contract might be well beyond $1,000. In that phase, it is critical for vendors to seize the biggest market share today, at any cost. But to succeed in that transition, the few vendors that will matter in that new era will have been able to not just be infrastructure vendors but will know how to talk and work with developers. No infrastructure will matter if it can't be easily consumed by developers: nobody buys infrastructure - even as a service - just for the sake of infrastructure. What matters are applications providing business differentiation, and that's what developers produce.

ADM: How do you see this playing out with developers?

Sacha: Developers are core to this. Let's step back and look at the grand scheme: we are entering an era where most of our interactions – from social to business – will be electronic, we are currently barely seeing the tip of this revolution. In that new world, what matters is how differentiated those services will be, the best ideas will win. Developers and product managers are the people behind those ideas, they transform ideas into bits. This is the most critical element.

ADM: How do you think this will affect IBM's perception in the public cloud?

Sacha: It will be interesting to watch. There is a bit of a "Schrödinger Cat" phenomenon at play here. If IBM gets "too close" to RHT and not in the right way, they are at risk of killing the positive developer perception that RHT enjoys. But if they don't get close enough, the IBM brand will not get any positive halo effect from RHT.

My hope is that IBM is able to act kind of as a "PE" (private equity) owner for RHT and shield them from the public market as they transform into a new company with a new business model, fit for the cloud era. That would be the best thing IBM can do. If that is successful, then they'll get the benefit of that public perception. If they are not successful, then it won’t matter anyway. 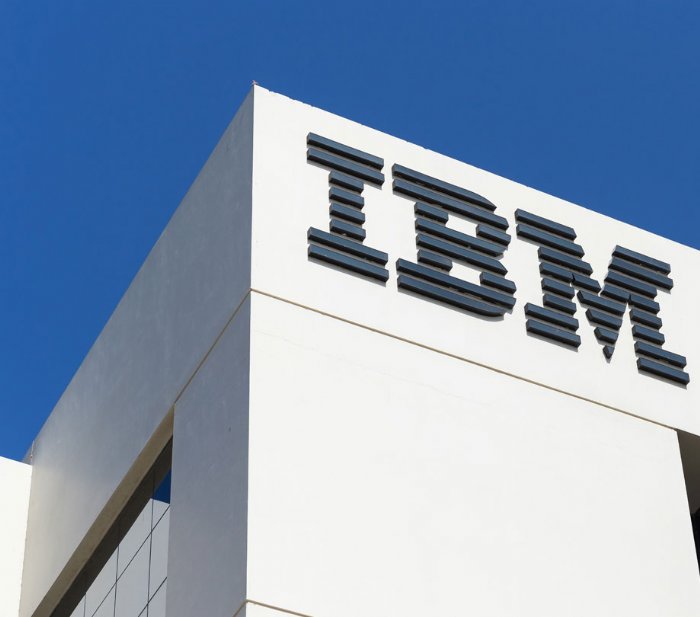 ADM: Will we continue to see the future of hybrid clouds include open-source offerings? Please explain.

Sacha: The future of any infrastructure will continue to be strongly rooted in open source: this is simply the best development methodology in terms of costs (including the benefit of standardization across an industry, i.e. you have one solution to develop against, which is much more efficient) performance and quality.

ADM: What do you see as the future of open source?

Sacha: Open Source is going through a continuous transformation. 20 years ago, Open Core models didn't really exist and were considered by many as "evil" to Open Source. Now they are the new normal. The two big challenges we are currently observing are i) the impact of a few massive cloud players and their impact on the current Open Source models and ii) Open Core business models were vendors are strictly controlling the code repository and what goes into it. One on the first topic, we already see organizations like Google and AWS strongly differentiate on their approach - with Google positioning itself as being very FOSS-friendly, including with companies backing those projects. On the second topic, we have seen some companies (such as Docker) suffer tough PR campaigns against their control of the codebase, while some other companies (such as GitLab and Hashicorp), have been able to fly under the radar pretty smoothly until now. It will be interesting to see how those two types of challenges ultimately get considered by the market. To be clear, I find those challenges and transitions totally normal to the life of a movement, and Open Source doesn't escape this rule. If anything, Open Source has been extremely adaptable and I predict a great feature to Open Source, whatever its ecosystem might end up being shaped like.

ADM: What do you think will be next for the future of the open hybrid cloud?

Sacha: We are facing a Copernican revolution. A few years ago, as the public cloud was starting to be adopted, private cloud and the datacenter were kings and public clouds were satellites where you were bursting specific workloads. This is currently drastically changing. Public clouds are the new kings and private clouds/data centers are becoming the satellites. They are both hybrid architectures in some way, but the speed of change of the second approach is radically different. Open source is at the core of enabling this, thanks to Kubernetes being a great vector enabling that Copernican revolution. 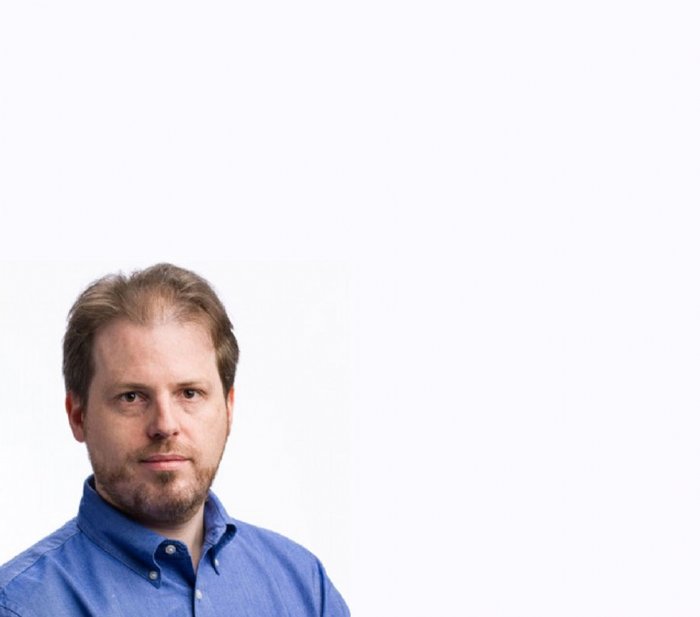 Sacha was born in Neuchâtel, Switzerland and graduated in 1999 from EPFL. It was during Sacha's studies at EPFL that he started his first consulting business - Cogito Informatique. In 2001, he joined Marc Fleury's JBoss project as a core contributor and implemented JBoss' original clustering features. In 2003, Sacha founded the European headquarters for JBoss and, as GM for Europe, led the strategy and partnerships that helped fuel the company's growth in that region. While in this position, he led the recruitment of some of JBoss' key talent and acquisition of key technology. In 2005, he was appointed CTO of JBoss, Inc. and oversaw all of JBoss engineering. In June 2006, JBoss, Inc. was acquired by Red Hat (NYSE: RHT). After the acquisition, Sacha remained JBoss CTO and played a crucial role in integrating and productizing JBoss software with Red Hat offerings. In 2007, Sacha became co-General Manager of Red Hat's middleware division. He ultimately left Red Hat and founded CloudBees in April 2010.