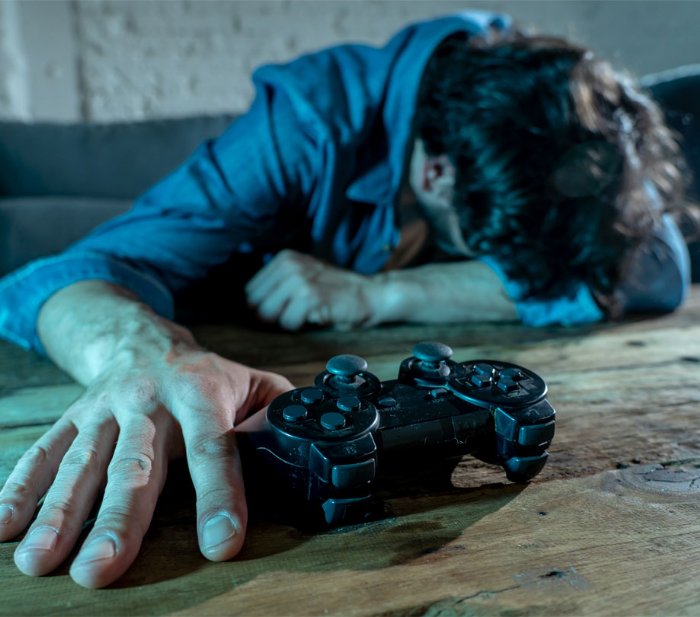 Think gaming is a full time job? A new study out, surveyed nearly 8,000 gamers revealing amount of hours spent gaming, the type of gaming device used, and what games are played the most.

With approximately 32 million gamers in the UK and growing, experts at GamblingDeals.com wanted to uncover just how much time gamers spend playing and which areas of their life may be affected as a result.

PlayStation places first as the most common console, used by 41% of gamers. This is followed by Xbox with 38%, PC with 17%, and 4% using alternative gaming devices.

Of the gamers surveyed, the average time spent playing gamesis between five to six hours a day! This roughly equates to 35 – 42 hours a week, the equivalent hours of a full-time job, and more than 1,820 hours per year.

After analysing how much time gamers spend playing, GamblingDeals.com wanted to see how much time that left them to recharge and rest.

Sleep specialist of The Dozy Owl, Alex Ion, said this about the detrimental effects of limited sleep: It's alarming to think people could lose thousands of hours of sleep due to gaming habits – especially when compared to the health risks lack of sleep can exacerbate. In fact, the cost of a sleepless night, particularly if it is repeated behaviour, can create an increase in bad moods and lack of focus.

Regular poor sleep puts you at risk of any number of health problems, including obesity, heart disease and diabetes – therefore shortening your life expectancy.

Why Gaming is a full time job, and what games keep gamers up the longest

GamblingDeals.com also wanted to find out if the high volumes of playing time had affected gamers’ personal, mental, and psychical wellbeing. A whopping 62% of gamers admit to having skipped important events such as school and work.

21-year-old James, a BSc Politics student currently studying online said:
“On average I can spend anywhere between seven to eight hours playing online. When I was younger, I was known to skive a few days off for gaming. But now thanks to online seminars and lectures, I have been playing them in the background whilst playing rounds of ‘Among Us’.”

Not only have players’ personal and professional lives been affected by intense hours of gaming, mental and physical issues started to arise with many too. Many admitted to having sleep troubles such as insomnia (73%) and nightmares (76%), after playing for long periods of time.

With new lockdown regulations in place, GamblingDeals.com asked gamers if they felt their gaming has increased during this period. A staggering 80% of people said it has by an extra two–three hours a day.