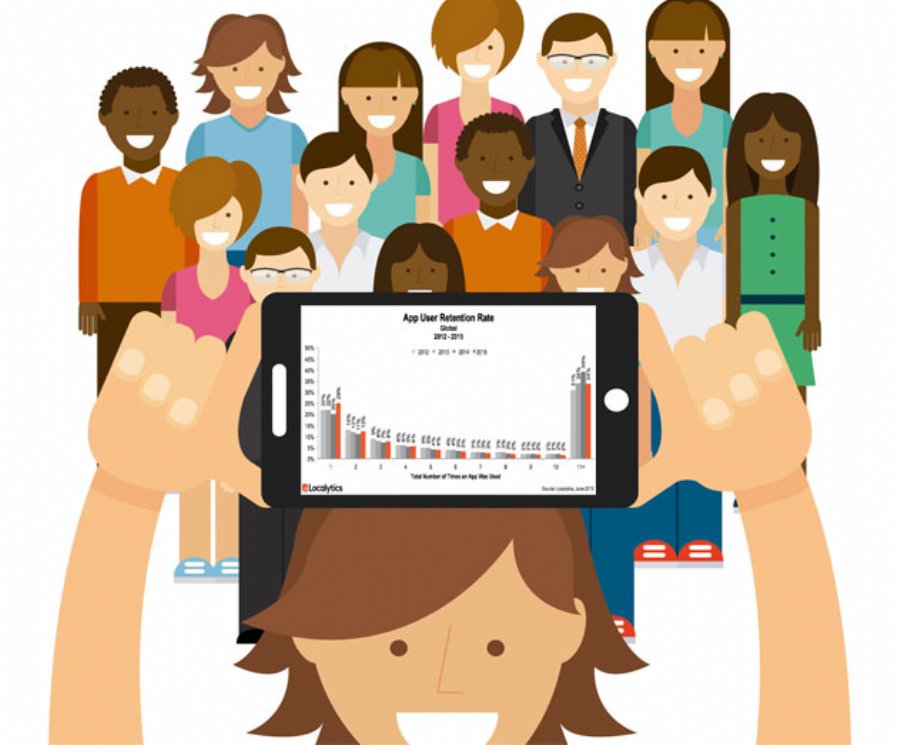 App User Retention Sees Uptick in US but Decline in China


14,316
The most recent version of Localytics annual app user retention study provides a snapshot into loyalty and abandonment globally. The study focuses on two metrics: 1) User Retention - The percentage of users who return to an app eleven or more times and 2) User Abandonment - The percentage of users who abandon an app after one session.
The study shows a decline in user retention globally, dropping from 39% in 2014 to 34% in 2015. On the flipside, there was a significant increase in user abandonment, jumping from 20% in 2014 to 25% in 2015. When breaking down the results by country, of note were significant changes that could be seen in the U.S. and in China.
Bucking the global trend, U.S. engagement improved year over year with the number of users who returned to an app eleven or more times this year increasing by almost 3 percentage points to 42%. User abandonment rates have held steady at 19%. Localytics attributes this to continued improvements around app development, as well as better strategies to engage users with tools like push messaging and active efforts to re-engage lost users through email and remarketing.
The data shows that users in China behave very differently across the same apps. Overall, retention of users based in China has historically been worse than that of U.S. based users. However, over the past year the numbers were even more alarming, with user retention dropping from 27% to 18% of users returning to an app eleven or more times. Additionally, 37% of all users in China only used an app once.
What is this happening in China? Localytics points to these likely factors:
- The country’s economic conditions are driving the rapid adoption of smartphones and the improvement of 4G networks. According to a report from App Annie summarizing the first quarter of 2015, app downloads in the China surpassed that of the U.S. for the first time ever.
- The massive growth and proliferation of the free messaging app, WeChat, is impacting retention. With many brands choosing to use WeChat instead of developing their own native app and WeChat also extending into commerce services, the need for other apps is decreasing quickly.
- Chinese users spend less time in the same apps as U.S. users - only 4.1 minutes. Their expectations of what makes an app useful are dramatically different and may lead to more abandonment early on.
- Abandonment rates in China are higher for older devices where storage becomes an issue.
The study also found that apps that leverage push messaging have higher rates of user retention in both the U.S and China. More than 50% of all users in North America who opt-in to receive push messages return to an app regularly. In China, apps that leverage push messaging also have higher retention rates. App abandonment drops from down to only 20% of users who will return to an app once, and retention of users jumps up to 35%.