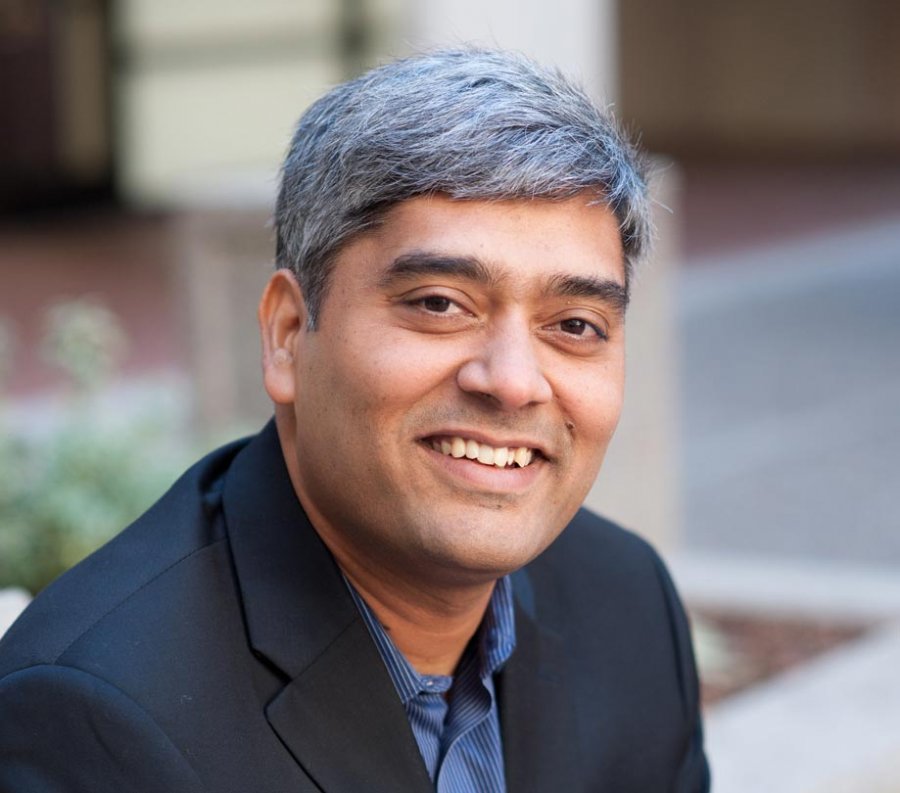 New automation techniques can be applied in nearly unlimited ways in the workforce. Mihir Shukla, CEO of Automation Anywhere, says through teaming up human with machine can we find greater productivity levels.

Automation has been affecting our everyday lives for a long time now. From washing machines cleaning our clothes for us to water coming out of the facet because of a well, we love convenience, and automation makes it all happen.
I think every generation has stood on the cliff of change because of automation. When technology is involved, making it working "automatically" for us is a natural progression to "set it and leave it" -something we humans love to do.
But in all of the times previous to the threshold we now face, a person - a human being was the one pushing the buttons to make a machine do something for us, but that’s all changing thanks to technologies like artificial intelligence, machine learning, and cognitive automation, among others.
America is getting older! The Administration on Aging estimates that the fraction of the United States population age 60 or older will increase to 22.2 percent in 2020. This change - driven by increased longevity and the demographic bulge of the baby boom represents the biggest percentage point increase in the over-60 population that America has ever seen.
But, what does this mean from an employment standpoint? In the United States, a consistent labor pool has been a differentiator for many years. In addition, there has been a real focus on ensuring more jobs are retained as well as incentivizing companies to grow their workforce. But, even with all those advantages, a chasm continues to build in attracting the next generation of talent. For instance, let’s look at the current skills gap within just the manufacturing space:
- It is estimated that there could be a shortfall of close to 875,000 trade jobs such as welders, machine operators and skilled manufacturing professionals by the year 2022.
- Skilled trade workers are not working past their retirement age of 65, which means we will see more shortages in the near future.
Mihir Shukla, the CEO of Automation Anywhere, has made it his mission to create a true digital workforce where humans work alongside machines to do meaningful work. He strongly believes in a future where automation will free up employee time to focus on what people do best - think beyond repetitive tasks, be creative and add value to the workplace.

ADM: Who will be impacted the most from automation? How will it impact the aging demographic in the workforce?

Shukla: To be honest, all of us will be impacted by software robotic automation on some level and we have already, though most of us have likely not been aware of it. Automation is not new and has contributed to significant shifts in employment throughout the past century. Thanks to the convergence of automation and the digital revolution, today, the nature of jobs and work is continuing to change at a rapid rate. I see this change continuing at a fast pace, but in a way that will empower human workers. Regardless of industry, enterprises have a considerable opportunity to apply cognitive technologies now providing new business capabilities for unprecedented productivity, growth and profitability. We’re moving toward a new age where humans will help machines become more empathetic (as trainers and sustainers), and machines will help humans do more in their current role (by doing repetitive tasks, helping them speed up decisions and analyzing data). However, jobs requiring creativity, emotional intelligence, empathy and social skills are unlikely to be filled by robots any time soon. It’s likely our managers, nurses, artists and entrepreneurs will remain human.

As the birthrate throughout the world decreases and people live longer, maintaining today’s GDP will heavily rely on increased productivity of workplace processes. According to a McKinsey report, automation could potentially increase global productivity by as much as 0.8 percent to 1.4 percent per year, but only if humans keep working as well. For workers of all ages, automation will take on repetitive, mundane tasks, allowing them to use their intellect to contribute higher order business value.

ADM: What steps should organizations take to ensure automation is seamlessly introduced within the business?

Shukla: It is crucial for organizations to ensure their employees understand both the intent and the purpose of automating tasks that humans no longer need to do. Keeping this in mind, automation ought to be introduced as if it were a new team member - because it is. Leaders must communicate to their employees that cognitive technologies and humans working together, as a team, will reap increased productivity and improved results for all. It is imperative for companies to implement new training programs that will teach employees at all levels newer, more valuable skills so that transitions happen as smoothly as possible. They should assure human workers that their contributions are the most valuable to the company.

ADM: Why should the aging workforce care about advanced automation?

Shukla: The increase of automation will enable humans to focus on work that only humans can do. It’s important for everyone to understand that automation is not designed to eliminate people from the process. Rather, this technology offers us the opportunity to work "smarter." We have the chance to boost human efficiency by letting bots handle the grunt work, while humans take on more intellectually-involved roles in the process. Imagine how much more productive we would all be.

ADM: How can technology help create leveled playing fields for all employees?

Shukla: Today, the value chain has shifted from mechanized production to information production and software is the engine of this new economy. Given the opportunities that technology is providing, it is now the time for us to start rethinking the meaning of work so that we can begin redesigning the workplace.

As automation adoption increases, most high transaction and task-based jobs will upgrade as we move to a digital workforce - leveling the playing field for more employees to focus on more strategic projects. In the case of cognitive automation, it will democratize the workforce by allowing users to automate complex business processes which have been “taught” by human workers.

The disappearance of routine jobs is a continuing trend in human history and that is how the standard of living is improved. Technology has accelerated that process while creating thousands of new high paying jobs.

ADM: What can organizations do better to deploy emerging technologies seamlessly and ensure every employee is comfortable/onboard with it?

Shukla: For a technology project to truly succeed, you have to know how you will “sell” it internally, first. Start by identifying initial places where the solution will be applied, such as a pilot department or group, or for a specific process. A proof of concept project can help smooth out any problems before the technology is fully implemented. Also, be sure to identify automation champions - people who will be the visible face of users. These people can be invaluable not only as a marketing tool, but as a teacher and mentor for others. It’s also a good idea to form a center of excellence that is inclusive of people who want to be a part of the change. The fact of the matter is that they WILL want to be part of it.

It is important for organizations to communicate to their employees that there will always be specific tasks that humans are better equipped to do. Be sure to show the big picture to employees, across the organization, and make them feel a part of the company’s vision.

ADM: A declining working-age population in Japan and EU is allowing automation to be perfect substitutes. What do you think is the future of the human workforce?

Shukla: Jobs have changed over time, and they will continue to. Take, for instance, the introduction of the personal computer. It immediately made people more productive. Since then, we have more jobs, not fewer. Imagine what would happen today if you took PCs away from employees - the world would come to a halt. I envision the future workforce to be one where bots work alongside humans. This will make humans more productive. Human productivity will increase the opportunity for higher quality jobs, and more of them.

ADM: What factors are generally driving increased adoption of automation and robotics by the enterprise?

The business landscape is constantly evolving and almost every business wants to drive innovation and continuous improvement. Aside from customer demands, increased adoption of automation and robotics across the enterprise is also driven by the need for time and cost efficiencies and the demand to accelerate business processes.

A serial disrupter, Mihir founded Automation Anywhere more than 14 years ago. He has become a visionary in the Robotic Process Automation (RPA) category having pioneered the Digital Workforce, in which software bots instantly automate business processes with both cognitive capability and embedded analytics, driving unprecedented human productivity while dramatically reducing processing costs for the world’s largest enterprises. Under Mihir’s leadership, Automation Anywhere is now the global leader in this rapidly growing $3 billion category, generating more revenue, with more employees and a greater market share than its top three competitors combined. Prior to Automation Anywhere, Mihir held leadership roles in internet, e-commerce, and wireless companies at the forefront of innovation such as E2Open, Kiva, ISN, Netscape, Infoseek and Omnisky.