Next
Christian Hargrave
12/6/2017 10:04:45 AM
12/6/2017 10:04:45 AM
This is how much dating apps make every minute
Mobile Dating Apps,Mobile App Monetization,Dating App
https://appdevelopermagazine.com/images/news_images/Lonely-Hearts-are-Helping-Tinder-Make-1469-Per-Minute-App-Developer-Magazine_fc3ib4el.jpg 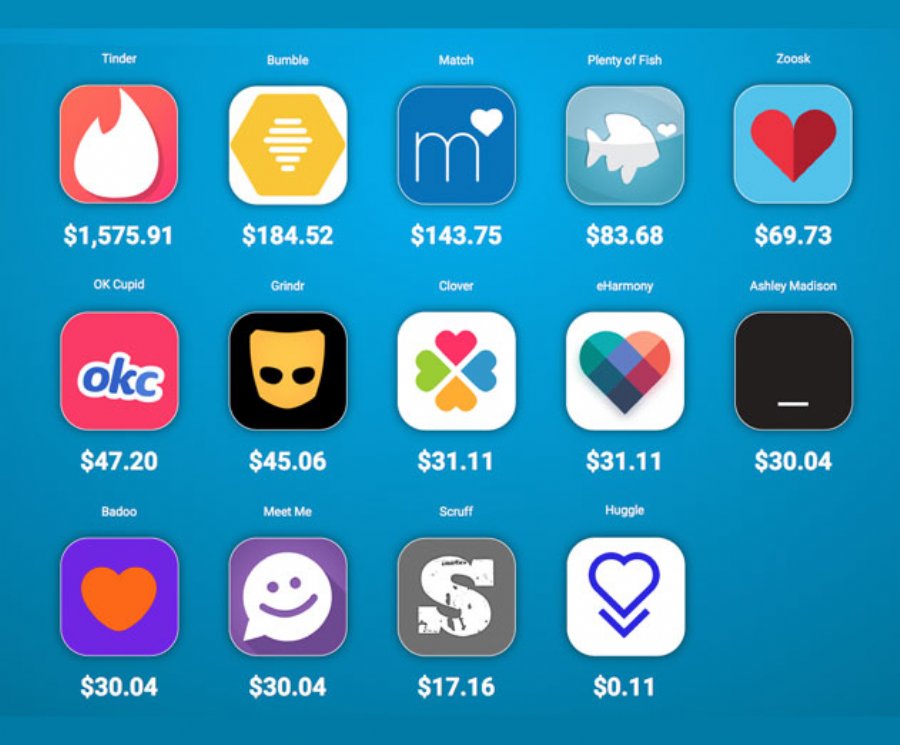 This is how much dating apps make every minute

Mobile dating app report says Tinder is making nearly $1,500 per minute from users seeking to connect with others.

There’s no denying the huge impact dating apps have had on our romantic lives, with 49 million Americans having participated in online dating at least once. With so many people now looking for love online, just how much money are our favorite dating apps making?

Tech buy-back site Decluttr has crunched the numbers, looking at just how much money apps like Tinder, Bumble and Match are making every minute.

Unsurprisingly, Tinder tops the charts, making a whopping $1,469 per minute, or $88,143 per hour. This success can be attributed to Tinder’s recent introduction of paid subscription options, including Tinder Plus and Tinder Gold, which unlock additional features like unlimited likes and the ability to ‘rewind’ accidental swipes.

Online dating veterans Match and Plenty of Fish come in at third and fourth place, earning $134 and $78 per minute, respectively.

Bringing up the rear is Huggle, a new service which matches users based on mutual interests and common locations. A relative newcomer to the online dating scene, Huggle is currently making just $0.10 per minute. However, with over 45 million places logged in the app already, and a growing number of celebrity fans, we may see Huggle climb the rankings in 2018.