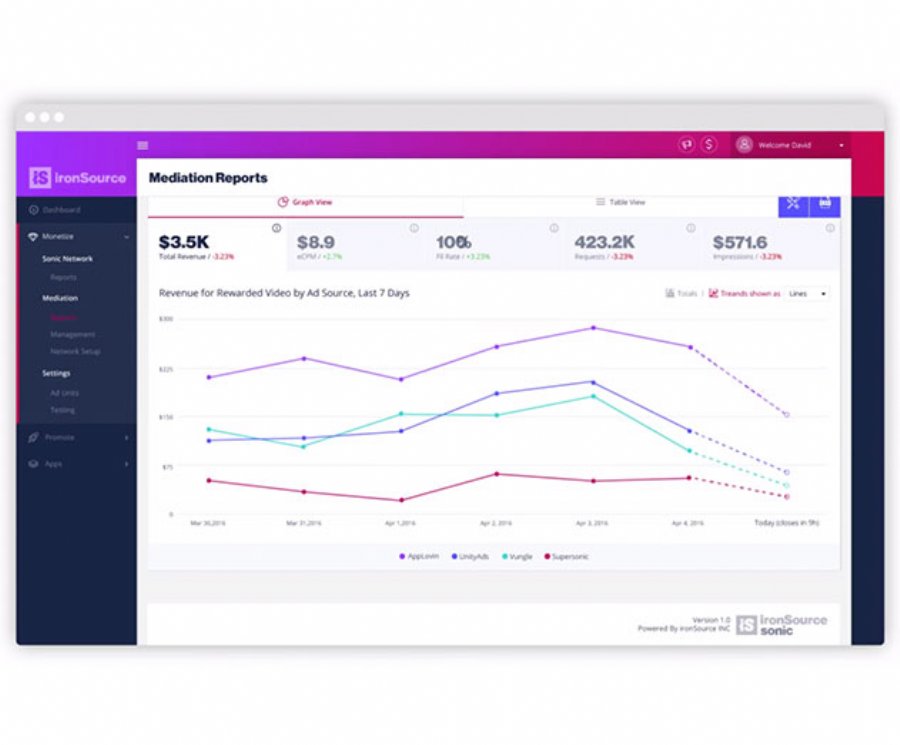 A mobile monetization and marketing company, ironSource, has launched their Active Protect program for mobile advertisers.

A mobile monetization and marketing company, ironSource, has announced the launch of the Active Protect program, a program for mobile advertisers which aims to prevent the most frequent types of fraud on non-SDK traffic - primarily attribution and device manipulation - by blocking fraudulent or manipulated traffic detected by the program in real-time and automatically re-crediting advertisers for any spend on fraudulent traffic.

“Fraud is an industry-wide issue which no one can afford to ignore, yet most ad networks today would prefer to put the burden of identifying and combating fraud on external providers, attribution companies, or even on the advertisers themselves,” said Omer Kaplan, CMO and Co-founder at ironSource. “Many of our advertisers are looking for high scale, but in order to achieve it they have to deal with a higher degree of risk. Our goal is to simplify and secure that process for them, so that they can run campaigns without worrying about checking for fraud or waste time appealing to a network to have their spend refunded.”

Beyond the bot fraud associated with device manipulation, attribution manipulation has arisen as a critical challenge in the mobile advertising industry. The conflict between view-through and click-through attribution has created an uneven playing field where many publishers working on a click-only basis have developed sophisticated manipulation strategies designed to open attribution windows for every user who sees an ad. These range from misleading ads that generate unintentional clicks, to click stuffing, and ad stacking.

“The varied types of attribution manipulation all serve to obscure the clear delineation between organic and paid installs, making it incredibly difficult for advertisers to measure campaign efficiency and ROI. By addressing this issue as it happens in real-time, Active Protect is designed to create a safer space for advertisers in the current ecosystem.”

The program aims to ensure that advertisers don’t pay for suspicious traffic detected by the program, and additionally simplifies a complicated dispute process where advertisers are forced to check data indicating potential fraud with media partners and prove fraud was committed source by source in order to recover their spend. With ironSource Active Protect, advertisers are automatically re-credited with any money spent on installs deemed fraudulent according to the program’s thresholds.

Advertisers who are looking for large scale in their campaigns will typically run campaigns across a range of traffic sources, from direct SDK traffic, to direct API traffic and indirect supply inventory found on affiliate and display networks. Due to the less controlled nature of the environment, ads run on non-SDK traffic are at a higher risk of being exposed to different types of potential fraud.

“Even though 75% of our traffic today is SDK-based, we feel it’s our duty to ensure our advertisers are able to safely buy across any channel out there,” continued Kaplan. “We believe this is a service which should be part and parcel of the offering of any ad network that is serious about having a relationship of transparency and trust with their advertiser partners, and we’re committed to taking a leading role in fraud prevention so that our advertisers are able to drive sustainable and measurable user growth.”