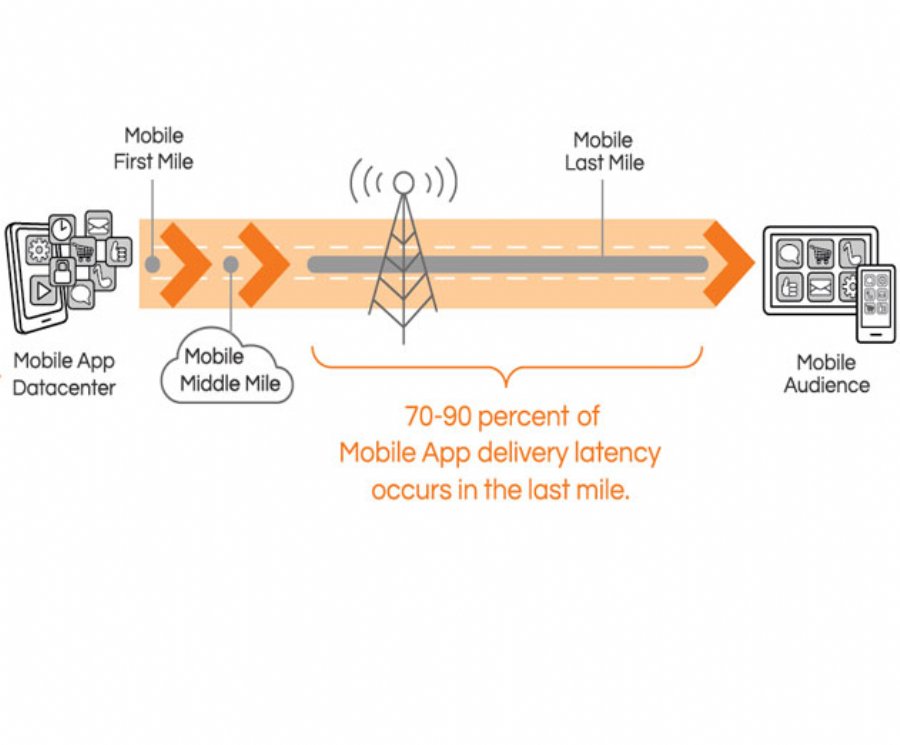 
21,179
It’s becoming somewhat passé to trumpet the gentle fading of the mobile web, as defined by browser-based activity, while simultaneously heralding the clear-cut triumph of apps as the dominant center of mobile user engagement.
Certainly the facts bear it out: separate studies by comScore, Flurry Analytics and Forrester Research have found that mobile users spend between 80-86 percent of their time on mobile apps versus just 14-20 percent on the mobile web. The mobile web has its place on your device – for me, it’s Google Voice search results, image searches and quick text-based queries within Chrome for the correct spelling of words - but consumers are voting with their fingers, and they’re clearly voting for apps.
Yet the solutions applied to speeding up mobile performance and load time issues by the traditional website-focused CDNs (content delivery networks) are focused on this declining mobile web corner of the mobile universe. Why is this? Well, there are core building blocks that made the web - and by extension, the mobile web - what it is today, yet they’re not fit for the world of apps in which we work and play in 2016.
The TCP/IP protocol that is the communication language of the web, and how we do things on the internet, was built for a PC-focused internet whose best days are behind it. Since the late1990’s, CDNs have done a fantastic job of speeding websites to end users on PCs who have robust connections to the Internet.
When early smartphones began to change the nature of how we interacted with the internet, the CDNs were right there with us, speeding up mobile websites as well using many of the same tools they used in the pre-mobile era.
However, the traditional PC-focused Internet and TCP/IP protocol were never designed to support the fast delivery of mobile apps. Both introduce a number of delays throughout the mobile app delivery process, making fast mobile app performance on end-user devices an elusive goal for most developers.
Geography-induced latency causes a minimum communications delay of 50-1000 milliseconds, depending on the distance between end users and a mobile app’s origin server. Adding the cloud’s inherent reliability issues into the equation (i.e. packet loss, congestion, retransmission requirements, etc.), both speed and reliability can rapidly deteriorate for any mobile app.
TCP/IP further slows mobile app delivery by adding unnecessary communications overhead to app transmissions. The protocol requires multiple “handshakes” between end-user devices and an app’s origin server in order to deliver a single object. With most mobile apps incorporating 20-50 objects and numerous third-party calls, the number of requests, responses and handshakes required to achieve complete app functionality grows rapidly.
As communications delays occur, end-users grow frustrated with constant buffering - and they take to the app stores en masse to complain, while deleting slow-loading apps in a matter of seconds.
While the performance problems caused by the Cloud, PC Internet and TCP/IP are significant, the biggest hurdle to mobile app performance arises from the disconnect between the web’s network infrastructure and mobile infrastructure.
The crossover from the edge of the Internet to the “Mobile Mile”, where consumers and their devices actually exist, has a multiplier effect on delays. In fact, the last mile from the Internet’s edge, to the cell tower and down to a user’s device increases mobile app delays by 400 percent, on average. As a result, 70-90 percent of mobile app delivery latency occurs in this final, “mobile” mile.
Many IT teams assumed that the website CDNs were equally positioned to work the same magic for the mobile web and mobile apps. So when businesses began developing mobile apps, many turned to their CDN to optimize the user experience. Unfortunately, standard CDN services and technologies do little to accelerate mobile apps. One can attribute this performance gap to the lack of “mobile-first” design in legacy CDN technology.
With no mobile-first features, such as a mobile-specific communications protocol nor mobile last-mile acceleration features, CDN acceleration capabilities dwindle. The high-speed transmission to the edge of the Internet suddenly slows to a crawl over the mobile last mile - the most critical stage in the delivery process.
Despite their shortcomings in the mobile last mile, CDNs have continued to tout their mobile savvy, and heavy marketing efforts on the part of CDNs have only served to confuse the situation.
Many app developers have stepped up their reliance on CDNs for their mobile app delivery, to the detriment of end-user experiences and mobile app speed. This is a major contributing factor to mobile app downloads continuing to incur unacceptably high delays, taking an average of 8-30 seconds per download. Such poor performance will not help businesses win and retain mobile consumers.
The SDK revolution, in which app developers can add small bits of code to their apps that contain everything from robust analytics to advertising solutions, is where the next stage of performance and speed innovation lies. The right SDK can effectively transform the mobile mile from a latency-filled bottleneck into a lightning-fast conduit for images, files, high-bandwidth videos and more.
It’s a tricky problem for mobile-first infrastructure providers to solve, but therein lies the kernel of the solution: reimagining how we interact with the internet in this newly-dominant era of mobile, and of mobile apps, versus the way we did things in the now-fading PC internet and mobile web eras.
So if by chance you find yourself talking with your Website CDN vendor about speeding up your mobile app, you might want to ask: “Do you have a SDK?” and then see what happens next.

Read more: http://www.neumob.com/This content is made possible by a guest author, or sponsor; it is not written by and does not necessarily reflect the views of App Developer Magazine's editorial staff.