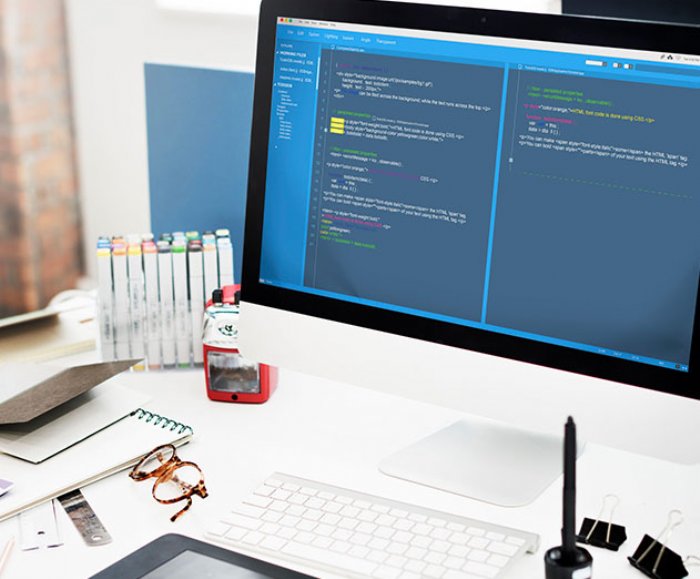 How enterprises are meeting both business and technology requirements in their mobile apps.

The concept of Bimodal IT is changing the face of enterprise operations, which need to be agile and secure, but also need to de-silo business and technology operations for the sake of creating better applications. As Gartner defines it, "Bimodal IT is the practice of managing two separate and coherent modes of IT delivery - one of them focuses on stability and the other on agility. One supports the traditional, legacy systems that emphasize security, and the second mode focuses on speed and is nonlinear. Successful enterprises are a good mix of both agility and robust security."

The world around us is galloping towards digital transformation, and Bimodal IT is designed to help organizations, big and small alike, adapt their IT needs and practices to align with a digital world.

Bimodal IT addresses a growing concern for most IT teams and managers today - that application development is still largely the province of technologists and engineers, who rely mostly on traditional development methodologies. Those methodologies focus on coding and technology without delving into the business aspects that an application will have to address. IT teams rarely consider questions such as: “How will this application solve a business problem quickly?” or “Can this app help us build something with less effort, or at half the cost?”

Although process improvement methods such as Agile and Scrum have attempted to solve many existing business problems, they have had only partial success. The real problem will be solved only when a new, revolutionary way of app development evolves, where the business stakeholders drive the show, with technology stakeholders becoming secondary. But this mission must be supported by an equally effective development process and an able application development platform. The digital transformation journey will never be complete.

The Emergence of Low Code Platforms

Low code development is a relatively new and more intuitive alternative to traditional application development. Of late, it has seen a good rate of adoption across the globe and has, to some extent, alleviated the challenges mentioned in the last section. But it is yet to scale up to be universally appealing to everyone in an enterprise. For instance, there is still a big dependence on the technology teams to get things done. Business teams still use out-of-the-box SaaS services, which offer limited flexibility for getting things done, thereby creating more silos inside the organization.

2-pass development, as the name suggests, comprises 2 passes in application development - a Business Pass and a Technical Pass.

Any time an application is to be developed, the requirements are passed on to the Business pass team, which comprises business stakeholders such as product managers and business analysts. We can group them and identify them as "RAD developers." They gather the application requirements and start to build the application using a low-code platform such as WaveMaker. Application building usually involves creating the user interface with live/test data, and using visual application building experience provided by the platform. Visual application building involves simple drag-and-drop for UI building, connections to various systems such as DB, LDAP and ERP, and one-click deployment into various environments such as QA, staging and production, among a host of other rapid development features.

Members of the technical pass team are professional developers who specialize in front-end, back-end and integration (API) development.

2-pass Development and Bimodal IT

One of the biggest benefits of 2-pass development is the business-focused app development. Since the Business-Pass team, comprising business stakeholders, is a part of the app development team, they are completely plugged in during the app development process. This is completely different from the traditional development process, where business stakeholders are plugged in during the initial requirements-gathering phase and then only in logical intervals during task completion. In fact, low code platforms such as WaveMaker allow you to perform a 1-click preview, which enables you to view the project as a customer would see it, and tells you the exact stage at which the project is in.

Do Away with a Force-Fitted Integration Cycle

Even when the Business Pass team reaches out to the technical pass team, it's driven by business imperatives rather than a technical overhang. This change is important since it does away with an entirely important part of the traditional app delivery process - namely the Integration cycle and testing. In traditional process, Integration testing, in some cases, takes weeks to months, since the technical modules got started in silos and only then were integrated with the code base.

But in 2-pass development, we start with a single project, and reach out to the pass-2 team only when there is a need for customization. Even the pass-1 team is expected to work directly within the aegis of the low-code platform and hence the integration testing cycle is eliminated.

2-pass Development and the Agile Process

The best part of the 2-pass development philosophy is that it fits nicely into existing app delivery methodologies such as Agile. It can use existing resources and in fact optimize their usage. For instance, each of the passes can be independently handled as an agile process. And the collaboration pass, where the business and technical passes need to collaborate, can also be completed as an agile process.

A low code platform which is armed with a full feature set will make the use of 2-Pass Development easier. In the optimum scenario, the two teams - Business and Technical - can work in congruence, discussing project problems and determining remedies. Every phase of the application development process is transparent and visible to both teams. This eliminates silos. In this way, even during collaboration, the project is driven by business imperatives rather than technology dependencies. In a nutshell, we can say that 2-Pass Development bridges the gap between business and IT teams and makes the development process more effective.
This content is made possible by a guest author, or sponsor; it is not written by and does not necessarily reflect the views of App Developer Magazine's editorial staff.