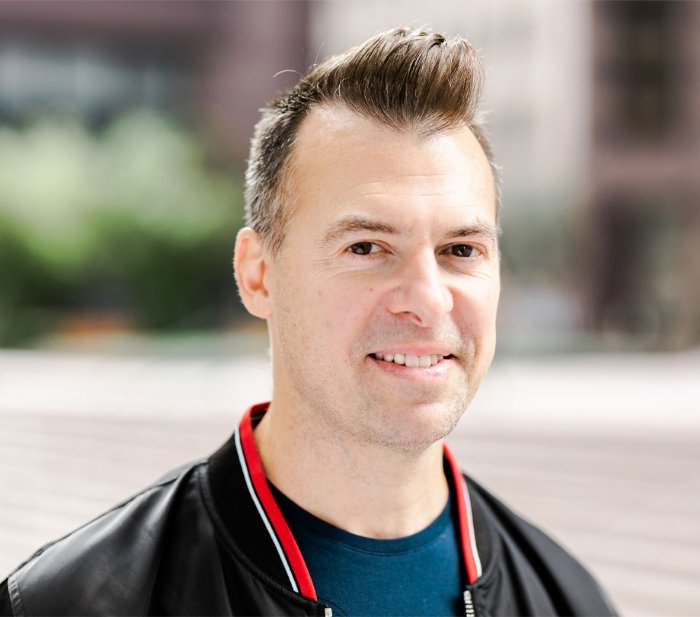 The true potential of blockchain as seen from Ethan Beard

Ethan Beard, Senior Vice President of Xpring at Ripple talks with App Developer Magazine about how developers are leveraging blockchain today, the true potential of building on blockchain and the opportunity for payments innovation.

We spoke with Ethan Beard, Senior Vice President of Xpring at Ripple, to get a sense of how developers are leveraging blockchain today, the true potential of building on blockchain and the opportunity for payments innovation.

ADM: What is the true potential of blockchain?

Beard: Blockchain has the unique ability to transform an array of industries and the opportunity to create entirely new economic models. Using blockchain technology allows businesses to facilitate faster transactions and greater transparency, all while fostering instant trust between parties conducting business with each other. It is a highly versatile technology with its impact felt across industries - enabling everything from near-instant cross-border payments to reducing trade risk and providing deeper visibility into millions of supply chain events every week.

Among the industries where blockchain’s potential can be felt most is payments - however, today’s payments networks are siloed and proprietary. Blockchain and digital assets can help alleviate this pain and messiness, but building on them is pretty challenging for the 23M developers worldwide. Prioritizing the development of and providing open-source developer tools and services that make integrating payments into apps will be key to realizing the potential for blockchain to bring money to the internet.

ADM: How can developers take advantage of the opportunity to build on blockchain today?

Beard: Developers are innately problem solvers. Similarly, blockchain has the potential to solve visible pain points and global payment systems. The opportunities and applications are endless but one example that is getting a lot of attention right now is how game developers are implementing blockchain to revolutionize game economics.

In terms of broader opportunities, blockchain is the fastest-growing and most sought after skill out of more than 5,000 on Upwork's skills index site. It has become what the cloud was in the previous decade—primed to be the most highly talked about technology and one that offers tremendous professional opportunity. Developers who have the expertise to help companies develop blockchain platforms are in high demand and, as such, blockchain development may offer the most robust career path.

ADM: What barriers to entry do developers face and how can they solve for those pain points?

Beard: One of the most significant barriers to entry developers face when it comes to building on blockchain is having a one-size-fits-all solution. Developers don’t want to get locked into proprietary technologies where they are stuck paying fees in a dead-end environment — which is why they often turn to open-source technologies.

ADM: Why are streaming payments important for applications?

Beard: The way these payments work today is essentially through a series of debits and credits that are settled between banks and financial institutions, requiring complex legal terms and lengthy PO processes that make it impossible to pay creators and contractors in a timely and consistent manner.

Using the example of streaming payments built directly into media applications, it makes it possible to streamline compensation for creators to be paid for their work in real-time without being subject to ad models or subscription services.

ADM: What would streaming payments mean for consumers? For audiences beyond developers?

Beard: Content today is monetized either through advertising or site-by-site subscription models - and often a mixture of both. But what if the next time a user hits a paywall on a news site, they have the option to send a small payment directly through their browser to access just that single article? Streaming payments enable consumers to only pay for what they use—such as a penny a minute to listen to Spotify or watch Netflix.

The same thinking can be applied to gaming — it’s an industry made up almost entirely of digital micro-transactions where users are required to purchase skins, power-ups and beyond in-game. Users have no choice but to purchase large amounts of in-game currency because of this, investing hundreds or thousands of dollars without being able to sell their virtual goods. Streaming crypto payments can change this by enabling gamers to easily pay small amounts, as tokenized virtual goods can easily be bought and sold.

ADM: What knowledge of blockchain do developers need to have when integrating streaming payments?

Beard: With over 250 payment systems to connect to and 2,000+ digital assets globally, integrating payments into apps has historically been no easy task. To add another layer to this complexity, developers are now also having to solve for and create payment systems around streaming media — it can take a developer upwards of 18 hours to integrate streaming payments into apps.

But thanks to new technologies like open-source developer platforms, a lot of the pain and messiness that comes with integrating money into apps is eliminated. The barrier to entry has effectively been lifted as open-source platforms make it possible for all developers, not just crypto or blockchain developers, to easily find, access and leverage the tools needed to securely integrate payments into their applications. Money should move as freely as information, and open source and blockchain technology is helping us get there.

ADM: What is the next frontier (or need/solution) for developers building on blockchain?

Beard: Gaming presents a huge opportunity for blockchain developers as games today already involve millions of players participating both in a community and an economy. Blockchain technology enables developers to safely and securely provide players with a way to own in-game assets, trade with each other, and even earn income through game play. Blockchain technology offers ways to address many economic issues found in the games industry today by unlocking more equitable and sustainable business models.

In the same way that the growth of the internet brought data transfer costs to nearly zero and led to new business that transformed everyone’s lives, leveraging blockchain to stream money will unlock opportunities for new business models that will transform how we live. With 70% of finance executives stating that cryptocurrencies will be part of the future of finance, there has never been a better time to be a developer in this space - literally building the future from the blockchain up.