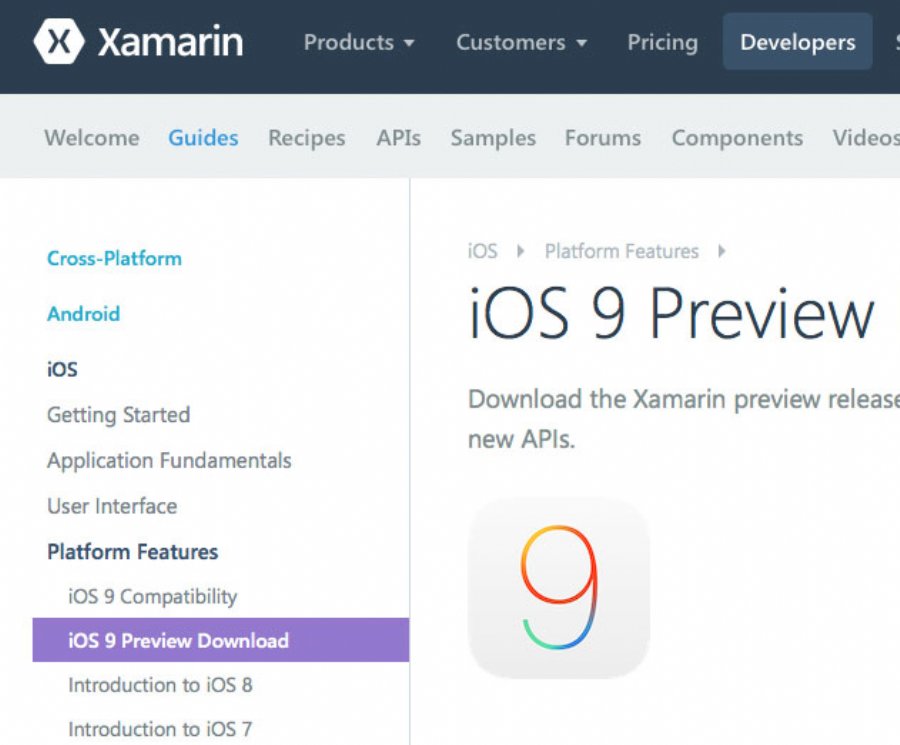 
2,504
Xamarin has released its first iOS 9 API preview release in Xamarin.iOS. This preview includes support for a number of features that developers can start using now.
Developers can download the iOS 9 Preview for Xamarin Studio directly from the Xamarin Developer site. Upcoming previews will add more support for iOS 9, including support for Visual Studio. In addition to the iOS 9 preview release, Xamarin has also published an iOS release to its update channels addressing two issues that cause many Xamarin apps to crash on startup on Apple’s OS preview for iOS 9.
To ensure published apps run smoothly on Apple’s iOS 9 public preview, Xamarin  recommends downloading the latest release from its Stable updater channel and rebuild and resubmit apps to the App Store using Xcode 6. This will enable apps to run on the iOS 9 OS preview and ensure they are ready for the public release of iOS 9 this fall.
Known issues with the preview include:
- Developers cannot build and deploy watchOS 2 apps to Apple Watch devices with this release. (WatchKit is supported, as it has been since Xamarin.iOS 8.9)
- This release does not support OS X 10.11.
- New Xcode 7 features are not supported in this release.
- Visual Studio support for iOS 9 / Xcode 7 is not yet