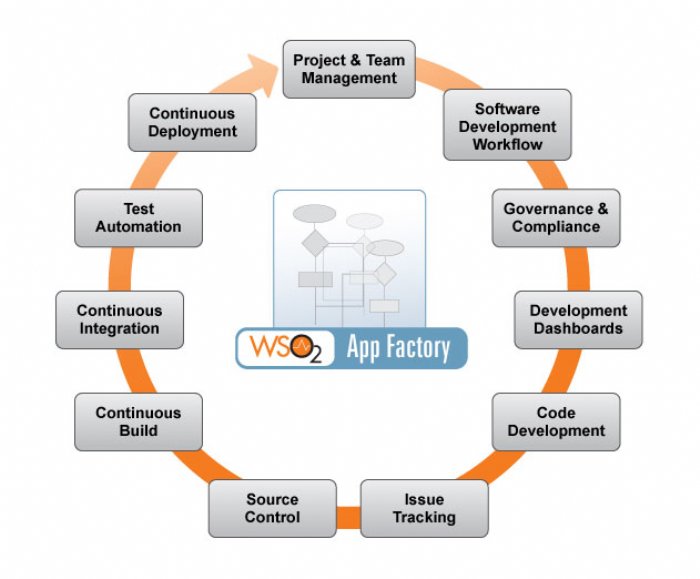 
23,984
Following on the heels of the Eclipse Foundation’s announcement of its new Che Software-as-a-Service (SaaS) IDE platform, WSO2 has announced that it will adopt Eclipse Che as the core platform for all WSO2 tooling supporting its middleware, cloud, and mobile platforms.
Che is an open source platform for SaaS integrated developer environments, which offers the ability for software vendors to create custom cloud developer tools that are fast, secure and extensible. Through Che, WSO2 will add rapid integrated development environment (IDE) creation, developer collaboration, and extensibility to the WSO2 platform. Eclipse Che, started by Codenvy, has 50 active contributors from a dozen companies including IBM, Pivotal and SAP.
WSO2’s adoption of Che extends the company’s commitment to contributing to open standards and delivering 100% open source middleware and tooling that enable enterprises to develop an application once and then deploy it on servers and in the cloud.
WSO2’s adoption of Che includes the following:
- WSO2 announces building WSO2 Developer Studio IDE on Che.
- WSO2 has joined Eclipse as a Solutions Member.
- WSO2 is contributing the technology to run Eclipse Che as a desktop application.
- WSO2 is collaborating with Codenvy on cloud tooling based on Eclipse Che.
“Eclipse Che represents a significant milestone in today’s connected world, enabling unprecedented flexibility and collaboration for software developers, whether they are accessing the IDE from their desktops, corporate servers, or the cloud,” said Dr. Sanjiva Weerawarana, WSO2 founder and CEO. “We are deeply committed to supporting Eclipse’s open source platform as a member of the Eclipse Foundation, contributing technology to Eclipse Che and migrating all of our WSO2 Developer Studio IDE tooling to Che.”
“We are excited to have WSO2 join the Eclipse Foundation and become a core contributor to Eclipse Che,” said Tyler Jewell, Codenvy CEO and a project lead for Eclipse Che. “WSO2 is making significant contributions to cloud modeling editors to support enterprise service bus and business process management capabilities, as well as helping to make Che accessible everywhere. WSO2 and Codenvy now have plans to convert 15 Eclipse plugins to Che.”
WSO2 Developer Studio is migrating from the Eclipse Rich Client Platform (RCP) to Eclipse Che with version 4.0. WSO2 has completed the first development milestone of WSO2 Developer Studio 4.0, which will allow development of Web applications and is slated for general availability in Q1 2015. The IDE leverages a number of existing Codenvy plugins and delivers an on-premise working version of Codenvy, which can be used for development of applications based on WSO2 Application Server.
Current tooling based on Eclipse RCP will be maintained and supported for another three years for WSO2 customers. Like all WSO2 middleware products, WSO2 Developer Studio is a fully open source solution that does not carry any licensing fees. It is released under the Apache License 2.0 and Eclipse Public License.
More information is available on the WSO2 website.