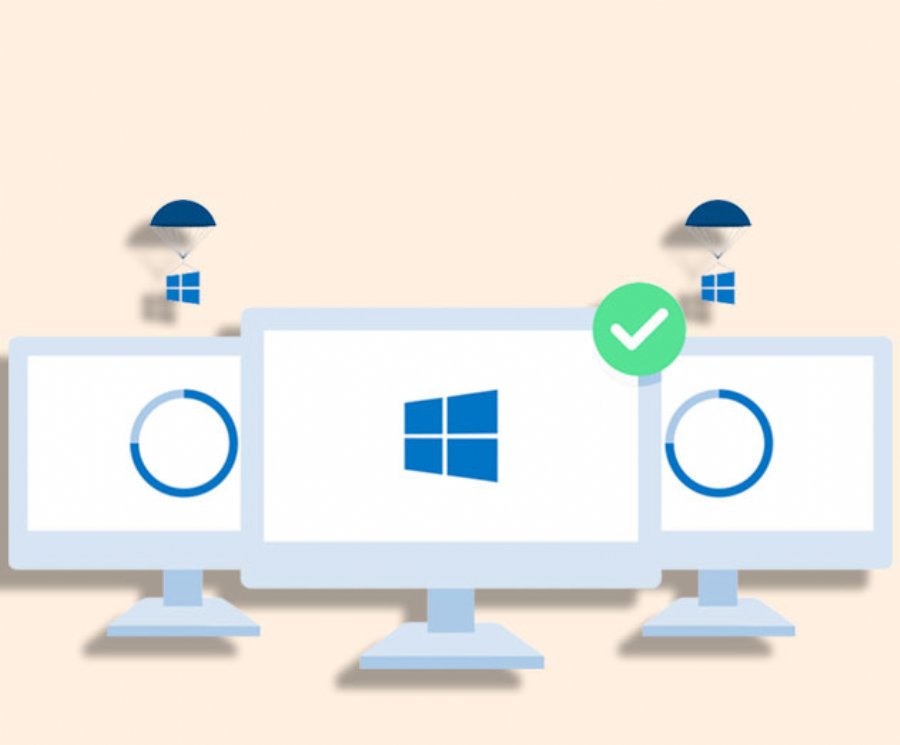 New enterprise IT report says that enterprises are migrating to Windows 10 much faster than reports have predicted.

Adaptiva, a systems management solution, has announced that its annual 2017 Windows 10 Enterprise Impact Survey indicates an unexpected acceleration of Microsoft’s Windows 10 uptake in the enterprise.

The newest Adaptiva survey suggests that enterprises have reached a tipping point in their migration to Windows 10, despite a lengthy planning cycle. More enterprises than expected have completed their Windows 10 migrations, and a majority of those that have not completed their migrations expect to take less than a year from the time they begin their formal efforts. Over the preparation hurdle, a significant number of IT leaders expect to leverage automation tools to migrate all their systems to Windows 10 with a staff of fewer than six IT professionals.

“The enterprise now appears to be embracing Windows 10 more aggressively than we would have expected from last year’s results,” said Jim Souders, chief executive officer at Adaptiva. “It’s taken IT leaders a bit longer to get to this point than most industry experts anticipated a year or two ago, but now they’re finding that once they’ve completed their lengthy planning cycle and decided on their automation solutions, they can move rather quickly.”

Nearly 99 percent of this year’s 446 respondents indicated that their companies plan to migrate to Windows 10. Of these:

- Nearly 53 percent have already migrated more than 10 percent of their systems to Windows 10.
- 28 percent are more than halfway through their migrations - and that number is expected to climb to 52 percent by this time next year.

Responses to last year’s survey indicated that only 7.2 percent of total respondents expected to be more than halfway through their Windows 10 migrations by this time. Yet the 2017 Windows 10 Enterprise Impact Survey responses reveal that more than 10 percent of respondents have already completed their migrations to Windows 10.

Many companies still have much planning and preparation to complete before they can begin an organization-wide migration to Windows 10.

- Nearly 35 percent of respondents expect to complete their migration planning in less than three months.
- More than half of the respondents (52 percent) estimate that it will be four to 12 months, and 14 percent expect it to take even longer.

Nearly 57 percent of IT leaders identified time as the biggest migration challenge they face. This is a first; in previous years, other challenges appeared more pressing.

One reason time is on the minds of IT teams is because of the amount of it they anticipate spending on each system to be migrated:

While this might suggest that organizations expect to deploy armies of IT personnelto migrate these machines, 49 percent of respondents indicated that they expected to complete their entire migration efforts with a team of five or fewer IT members.

Key to minimizing resource demands appears to be the widespread use of automation tools designed to facilitate migration: 42 percent of respondents anticipate that the majority of their systems (90 percent or more) will be migrated to Windows 10 without any manual intervention.

“IT leaders are discovering that there’s more that can be automated than they expected, and that makes it easier to enable a small team of people to accomplish Windows 10 deployment tasks in a short amount of time.”