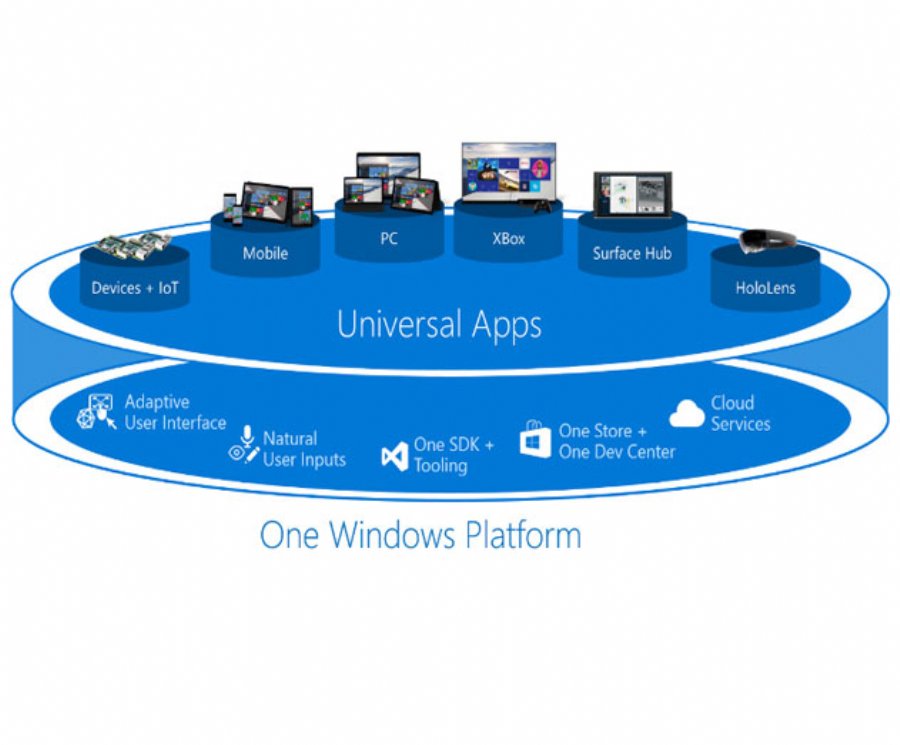 
2,517
The Windows developer team has released to the Windows Insiders community the first technical preview of the Windows 10 developer tooling.
As a preview, do not expect a completely finished product, instead you get the opportunity to experiment with the new platform capabilities while Microsoft continues working to finish Windows 10.
Here are some of the top features of the technical preview:
- Adaptive UX: Windows 10 provides the ability to use a single UI that can adapt from small to large screens. For developers with an existing Windows 8.1 app, you can try this one out by (1) removing one of your UI projects (and going from three Visual Studio projects to one) and (2) add the improved ViewStateManager to control how your UI adapts at runtime.
- User controls: A number of the Windows 10 UI controls will determine, at runtime, how the customer is interacting with your app and render the appropriate user experience (for example on a laptop with a touch-screen, an app fly-out control will provide larger touch-targets if tapped with touch, as opposed to clicked with a mouse).
- API contracts: With Windows 10, you can directly verify if a Windows feature is available rather than inferring based on the operating system version. This allows you to start checking at runtime if a Windows feature is available on the device before you call a related API. API contracts and the extension SDKs will allow you to adapt your code at runtime to deliver user experiences that feel and work right on the device it’s being run on.
- Visual Studio tooling improvements: there are a number of improvements you’ll want to check out.
Developer Help Resources
In addition to the preview tooling, Microsoft has also released a number of resources to help developers come up to speed on the new universal app platform capabilities:
- Windows 10 Jumpstart Preview: A first look at the upcoming Jumpstart training content. These videos provide you with the information to bring a Windows 8.1 app up to Windows 10.
- Whatâs New in Windows 10 for Developers: The Windows 10 developer documentation is online on the Windows Dev Center. This page provides an overview of what’s new in the documentation, with links across the relevant topics.
- Code Samples: New with Windows 10, documentation code samples will be published on GitHub. You can find an initial couple dozen samples now, with more planned to coincide with the Build conference timeframe.
Get Started
To get started with the preview you’ll need to join the Windows Insider Program where you’ll receive instructions and downloads links to get your developer machine set up.