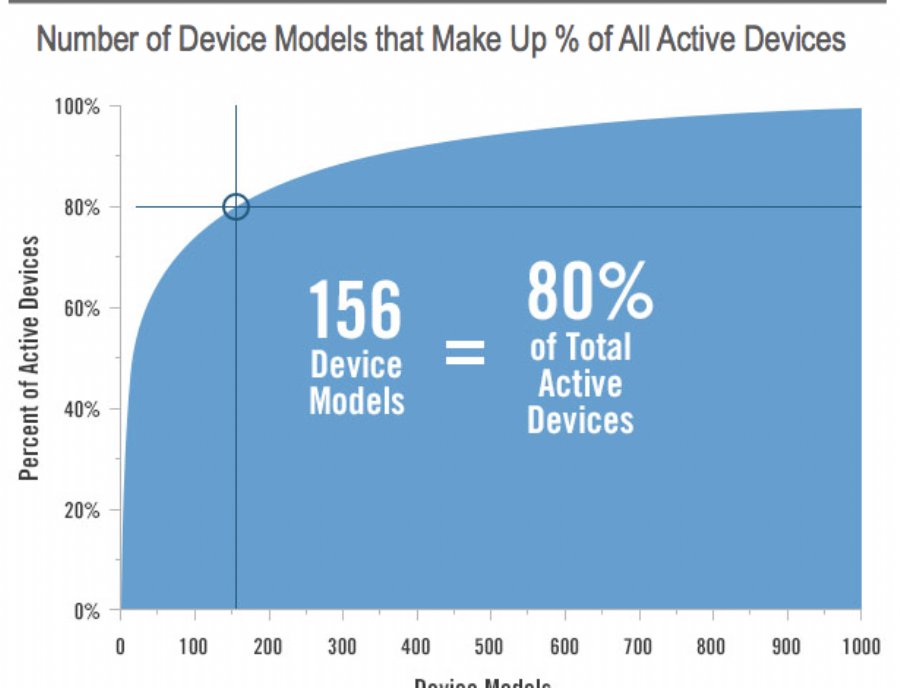 
725
How many devices does the app developer have to support when you add up all of the iOS, Android, Windows, Amazon, and other variants together?
156 according to Flurry is your target number, and that it's if are only targeting a stable app release on 80% of the known devices!  If you’re a large or particularly thorough app developer, reaching 90% of active devices will require supporting 331 different models.
In a recent study by Flurry they point out how difficult it is for the smaller developers to stay current across the entire sea of changing devices. And it's only going to get tougher moving forward because the release of new devices is superseding the retirement of the older ones.
Our Take:
Fragmentation is a problem, but there are a few things working for developers that can put an end to our woes.
One of them are the many options of cross-platform SDK's available that let the developer manage a single set of source code but deploy on multiple devices. Corona, Marmalade, Titanium Mobile, Tiggzi, and Tizen just to name a few. Also, HTML5 is still looming in the background just waiting for it's chance to come out and shine, this could be it's chance as fragmentation grows.
I do not think the Indie developer is going anywhere but they might find themselves developing cross-platform more, or perhaps even sticking into more of a universal market such as iOS exists and fragmentation really isn't as much of an issue.