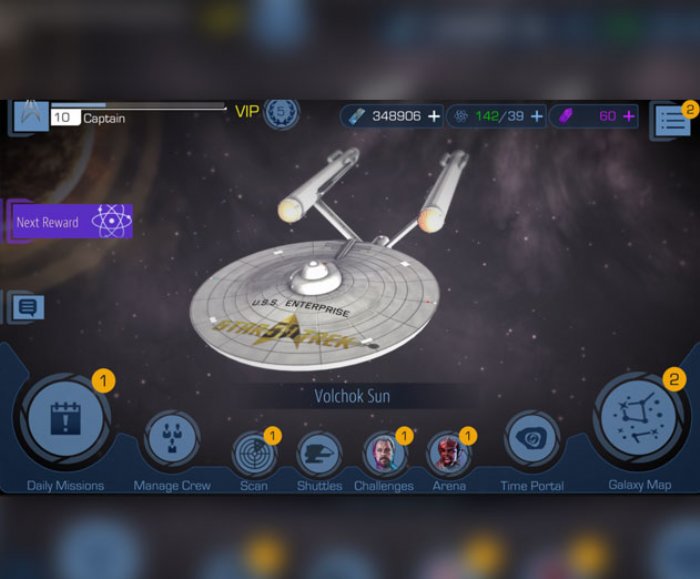 
52,601
The team at Disruptor Beam, a game company full of devoted Star Trek fans, just revealed  plans for their celebration of Star Trek’s 50th anniversary with Star Trek Timelines. In honor of the milestone event, Disruptor Beam has added a limited edition version of the iconic USS Enterprise NCC-1701 to the game, is running a special in-game event for players and is participating in the Star Trek: Mission New York convention later this week.
Starting now most players who have the USS Enterprise NCC-1701 from the Original Series in-game, will see a newly skinned version of the ship featuring the Star Trek 50th Anniversary logo as they play! This limited edition skinned Enterprise NCC-1701 will be available through the anniversary this September. More info can be found here.
Disruptor Beam will be in attendance at Star Trek: Mission New York, the ultimate gathering of Star Trek fans, just prior to the franchise’s 50th anniversary this coming weekend. Fans and players can visit the Disruptor Beam team in their booth (#436) within “The Gaming Zone”. Disruptor Beam is also hosting a panel about Star Trek Timelines on Saturday, plus will welcome John de Lancie (Q himself!) into their booth, also on Saturday.