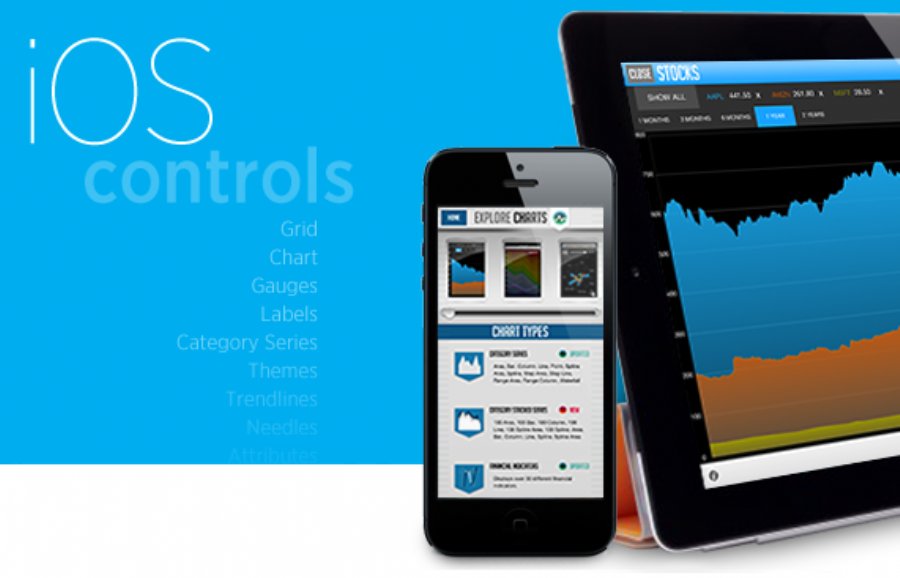 
11,032
Infragistics, a provider of UI components for native iOS, Android, and Windows, and cross-device HTML5/jQuery development, continues to add more power to its NucliOS toolset for native iOS apps.
The NucliOS core controls provide developers the ability to create high performance, highly visual, totally native iPad and iPhone apps including an advanced data grid and a versatile set of charts for consumer and enterprise mobile solutions. NucliOS allows developers to render iOS charts with hundreds of thousands of data points that are capable of millisecond updates. NucliOS does the heavy lifting with iPad data visualization and analysis on large volumes of data with more than 20 different chart types, including scientific and financial series, a new pie chart, and a radial gauge. Support for the motion framework within the data chart control allows devs to build highly engaging visualizations and provides smooth playback of changes in data over time, giving life to data through fluid animations.
The NucliOS Grid allows developers to focus on data-focused consumer and business applications, and is a flexible layout tool that allows the creation of compelling experiences on iPhones and iPads. Whether configured in a single column list or in a multi-column layout, the styles available are almost limitless. New capabilities include enhanced filtering, infinite scrolling, and custom theming. One of the most powerful features of the tool is the ability to handle massive volumes of data. The toolset provides developers with flexibility allowing the use of NucliOS controls in native iOS projects built with Objective C and Xcode as well as C#; with Xamarin.iOS support. NucliOS also includes final MonoTouch bindings for all of its iOS control. A free trial is available at http://www.infragistics.com/products/ios/downloads.