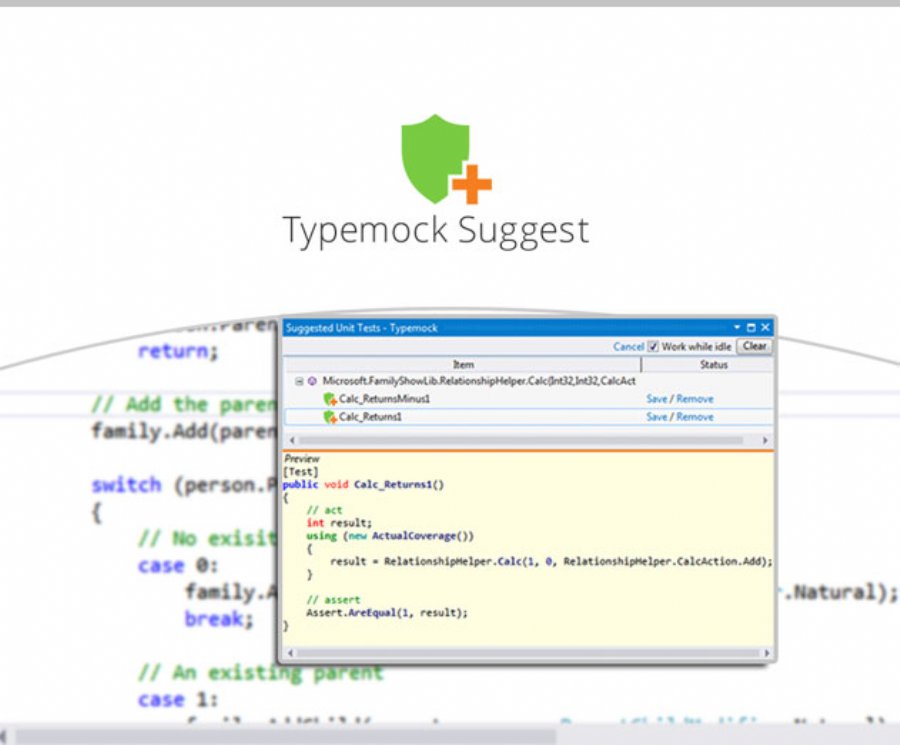 
9,242
Typemock has released Isolator V8 for .NET developers that offers Typemock Suggest, a feature that uses artificial intelligence to generate suggestions to test the validity of the code as its written. This feature uses static and dynamic analysis to suggest code that covers the parts and logic of any pre-existing code that does not have unit testing including legacy code. The release of Typemock Isolator V8 also includes hundreds of fixes, upgrades, new integrations and improved Isolation APIs.
Unit testing supports Agile development as it offers a method of software function analysis where small parts of code, or modules, are tested to determine whether they are compatible with the software as a whole. The goal of unit testing is to ensure that each individual part of a program is working correctly. Unit testing helps a developer discover problems early, simplifies integration, and allows for better documentation of the overall software build.
Typemock Suggest doesn’t just provide a template; it offers a specific test with set up, isolation, mocking and verifications using best practices and Arrange-Act-Assert pattern. It delivers maintainable and readable tests that can be modified, changed, debugged, and then added to the developer’s suite of tests. The company says that Typemock Suggest is estimated to speed up the testing process by over 80%.