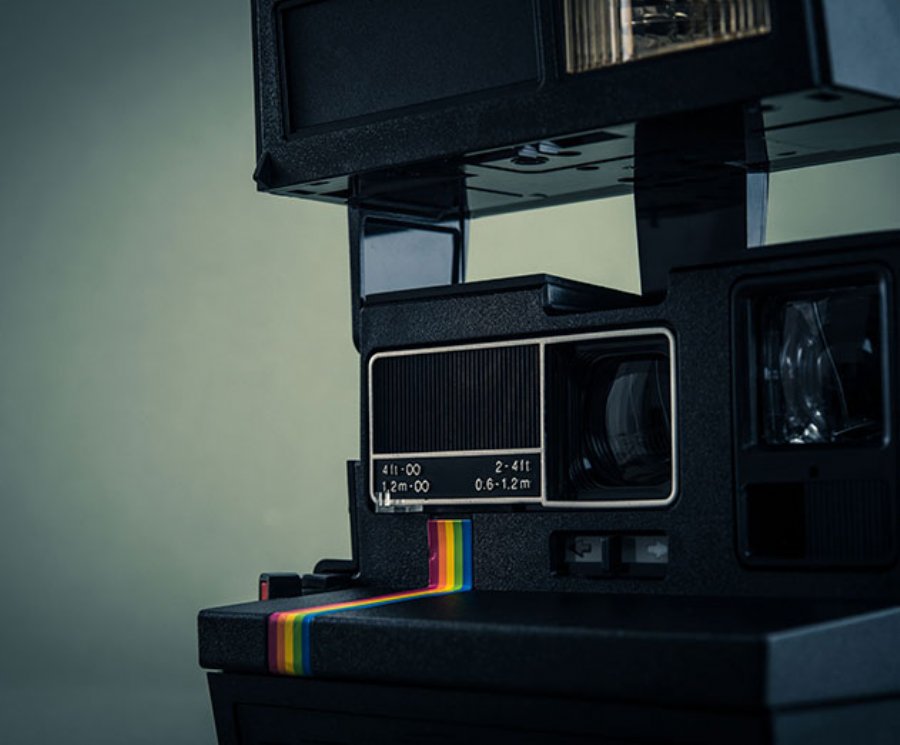 
11,396
IPA, The Editing House has announced the release of The Polaroid Wall as an app for iPhones and iPads showcasing its collection of 2,620 Polaroids photos from the early days of video.

For 18 years, IPA was the finishing house of choice for Chicago’s independent film and video community, the video equivalent of Chess Records for a budding group of independent filmmakers, artists, documentarians and others who were changing the media landscape in America.

From the day IPA opened its doors in 1982 until it closed in 2000, the staff was taking candid Polaroid pictures of the comings and goings of clients, adding whimsical captions, and posting them to the kitchen wall. They showed late night editing sessions, jerry-rigged production shoots, endless rounds of construction, and parties, many parties that brought the Chicago video community together.

The Polaroid pictures taken at the time are now digitally available as an app users can swipe to explore, pinch to zoom, or search by name, year or themes: milestones, art, technology, construction and parties.

There are 380 people identified in the photos, with notes on what they were doing at the time and currently. Many appear 10, 20, even 40 time, so following any one photo thread is a unique journey through an era when video came of age.

Executive producer and IPA founder Scott Jacobs compares The Polaroid Wall to Middlemarch, George Eliot’s classic novel about 19th century life in a small English mill town. “Eliot was writing about the start of the industrial revolution. What you see in the IPA wall is the start of a media revolution, when television was moving from analog to digital,” he says. “IPA attracted the early adapters. They were independent, which by definition means a little idiosyncratic, so the wall contains a variety of overlapping stories. But the more you poke around, the more you understand there was a creative spirit afoot – tenacious but also playful – that fueled their innovation.”