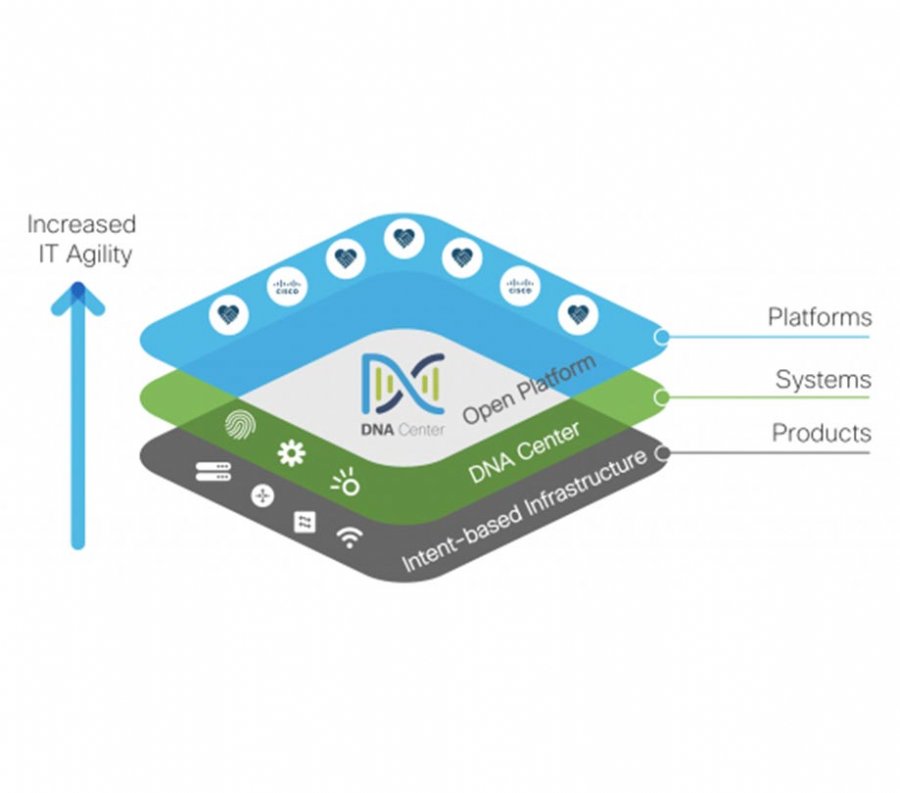 The network is now open for developers

A year ago, Cisco launched the most ambitious network re-think: the intent-based networking offering, Cisco DNA, and its centerpiece control software, DNA Center. It treats every network device - be it wired, wireless, or wide-area - as part of a unified fabric, giving IT a simpler, more cost-effective way to take control of one of their businesses’ most valuable assets: network infrastructure.

Now the network is open and programmable with network APIs. There is a need to understand how the network can respond to and interact with applications at all layers of the network stack and across network domains. You as a developer can super-charge the business opportunities available with the new programmable network and Cisco DevNet has new network programmability learning labs from the introduction to DNA Center REST APIs to the new standard transport protocols of NETCONF and RESTCONF.

There are two types of developers, coders and power users of networks. Both of these developers need to work together. During our various DevNet hackathons, we found that the winning teams are always combinations with network experts who understand the power of software and APIs along with coders who can pound out lines of code. When talking to Cisco customers who have successfully transformed their networks to embrace programmability in their workflows, they have said their secret to success was to pair up application developers with network and IT professionals.

Start coding the Network with DevNet

Cisco just made an announcement about releasing new developer capabilities for intent-based networking. Cisco’s new DNA Center platform adds programmability to DNA Center, which is its command and control center for campus, branch, and edge networks as detailed in this document. DNA Center lets you create, automate, enforce and verify policies across the network. The combination of DNA Center platform with the programmability of Cisco’s data center, wireless, and service provider networks and Cisco’s security, IoT, and cloud solutions gives Cisco the broadest programmable networking portfolio in the industry.

DevNet is pleased to announce the new DevNet DNA Developer Center. This developer center helps developers, solutions architects, and business professionals use the DNA Center Platform. Developers can find solutions, use cases, developer resources, and learning materials they need to build solutions using the DNA Center platform. The DevNet DNA Developer Center includes a library of APIs and SDKs, Sandboxes, Learning Labs, a support community, and partner and developer use cases and documentation. Using the new DNA Center APIs, infrastructure developers can empower application developers with Self-Service IT operations. Developers can go to the DevNet DNA Center Sandbox to code with the newest EFT release of DNA Center platform running a live network with hardware and software network devices.

With all these resources, you’re probably wondering how to get started in the world of intent-based networking. Here are some tips:

With all these resources, you’re probably wondering how to get started in the world of intent-based networking. Feel free to browse through some tips to start now with DevNet.

You are the developers who will build the future businesses and applications that run on the network. If you want to get hands on learning about DNA Center REST APIs or Model driven programmability, get started with the DNA Center programmability learning labs.