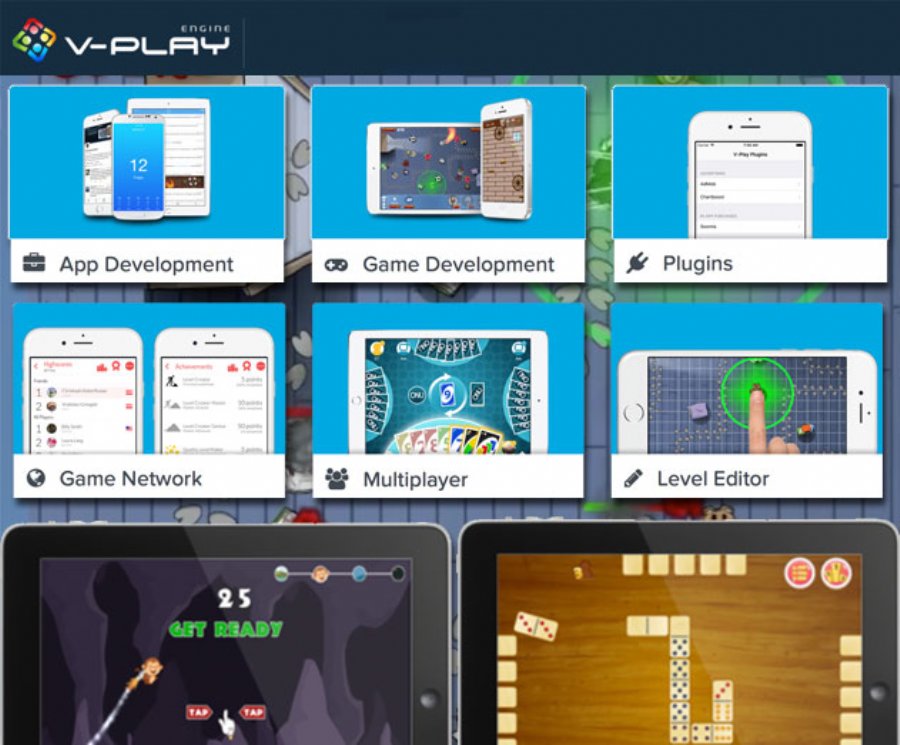 The Growing Benefits of Cross Platform App Development With VPlay


18,880
We recently visited with Christian Feldbacher, co-founder and CEO of V-Play, to discuss the growing benefits of cross-platform development and how V-Play aims to make it easier than ever for developers to bring their apps to market.

ADM: Who is V-Play? What does the company do?

Feldbacher: V-Play provides a cross-platform development tool for mobile app and game developers. It’s available on PC, Mac and Linux and can be used to launch apps and games to all major app stores.
V-Play is a component-based framework built on the Qt framework. We’ve optimized existing Qt components for mobile devices and added a large library of our own components to reduce development time for both mobile app and game developers.
We also offer a selection of 3rd party plugins like Flurry or AdMob so developers can monetize effectively, gain insights on user behaviour and promote engagement within their apps. As well as that, developers can access the V-Play Game Network, our MBaaS. We offer a free license to all developers as well as Indie and Enterprise licenses for those that want access to extra features and support.

ADM: What are the advantages of developing cross-platform apps rather than native iOS and Android apps?

Feldbacher: The main advantage of developing cross-platform apps is the vast reduction in development time when you plan to release your app on more than one platform. All apps and games created with V-Play use a single codebase. This offers huge time savings and also removes the need to prioritize one platform over the other. Your iOS and Android app are completed at the same time.
This ability to code once and launch anywhere gives developers more time to focus on testing, marketing and monetizing their apps and games. A cross-platform developer can produce a high quality app for the App Store and Google Play that monetizes effectively while a native developer is still working on getting their app ready for launch. Plus, less code means fewer bugs to fix!

ADM: What are the benefits of developing a cross-platform app or game with V-Play?

Feldbacher: V-Play apps and games are developed using the Qt Creator IDE. We’ve included more than 60 of our own open-source game and app examples in the IDE so developers can quickly create apps using these templates. For instance, we’ve re-built the native Twitter app with V-Play and made it available as an open-source app example. The IDE includes a platform emulation tool so you can get a real-time view of your app on different platforms and at different screen resolutions. Developers can also view these app examples and tutorials in the V-Play Sample Launcher, a stand-alone application.
V-Play offers dedicated plugins for 3rd party services. You can add monetization features, analytical features and social features to your apps and games with considerable ease. All V-Play plugins offer native, platform-specific functionality, meaning that your app seamlessly integrates with existing platform experiences.
Perhaps the most important benefit according to V-Play developers is the support we provide. In the latest research2guidance benchmarking report, V-Play was named as the cross-platform tool with the best support, beating Unity and Xamarin. This report surveyed over 2,000 cross-platform developers from around the world. We’ve been working hard ever since to maintain that level of support.

ADM: Why do you think cross-platform development will become more prevalent in the future?

Feldbacher: I think it’s going to become more prevalent as the benefits of having a cross-platform development team become clear to businesses. I’m sure that a lot of game studios and app companies already see the benefit of having a single development team that’s knowledgeable about iOS and Android development. The opportunity to reduce development time and costs, while also consolidating development expertise, will be too great to turn down.
Not to mention the fact that the range of smart devices we include in our daily lives is rapidly expanding. V-Play is supported on smartwatches, embedded devices like the Raspberry Pi, and even a new range of smart jewellery. It’s hard to see this pattern reversing and cross-platform tools like V-Play are ready to support this type of development.

ADM: What makes V-Play the best choice of tool for cross-platform development?

Feldbacher: V-Play apps and games are written in JavaScript and QML (the Qt Markup Language). QML is a declarative language offering highly productive features on a coding level, such as property bindings.
You'll see the most time-savings when you're creating animated UIs. And with the current trends in mobile app and game development, your UIs are likely to become even more animated in the future.
Thanks to QML, you'll be able to write up to 10 times less code compared to other development frameworks, which also means 10 times less error sources. The key benefit is QML components are internally implemented in C++ which yields in native performance.
This approach makes it simple for both professional and novice developers to make animated apps and games that offer high performance with V-Play. It’s this easy learning curve in combination with our dedicated support and wide range of features that convince developers to work with V-Play.

ADM: How does V-Play plan to make app and game development even easier in the future?

Feldbacher: We recently launched V-Play Multiplayer. It’s an all-in-one component that offers intelligent matchmaking with an ELO rating system, in-game chat, social features, and simple integration in less than 100 lines of code. So developers can turn their single player games into fully functional multiplayer games in less than 10 minutes. And app developers can use it to add social elements like Facebook login, image upload, profile synchronization, cloud storage and more to their apps. 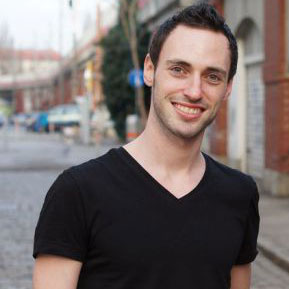 In general, we make decisions on future features and services based on our interactions and conversations with V-Play developers. Of course, the popularity of Pokémon GO means that everyone wants AR & location-based features right now. These features are already supported in V-Play, but we will release a new example demonstrating how to use them soon. We’re also going to be adding support for iOS 10 and Android Nougat right after they launch and we’re always working on tutorials and app examples to help V-Play developers further speed up the development process.
Editors Note:
Christian Feldbacher is Co-Founder of V-Play GmbH. He has more than 10 years’ experience in software development with a strong focus on game and mobile app development for all kinds of platforms including native Symbian, Java ME, iOS, Android, MeeGo, and BlackBerry.