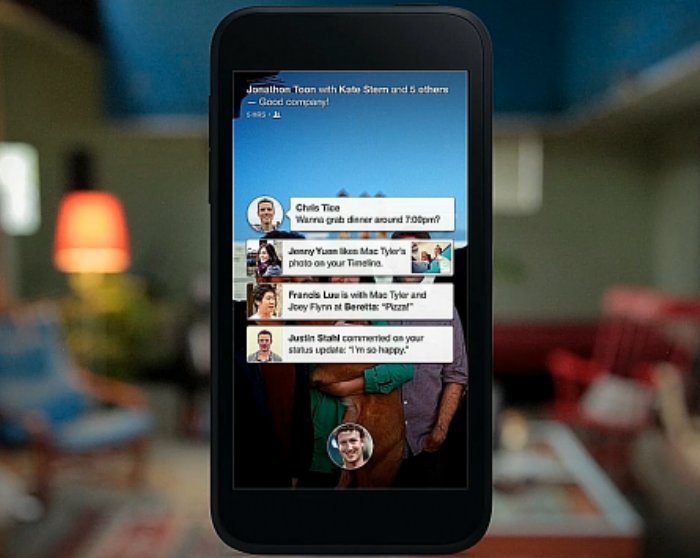 
1,509
It's officially "official", Facebook has it's own phone. It is basically and Android device that will have a Facebook layer between the OS and your outward experience - even before your apps. HTC is the first manufacture that will have it available starting on April 12th for $99.99,  and just like Apple started, it will be an AT&T exclusive. Welcome to the newbie on the block, "Facebook Home".
If you don't want to buy a new device and have any of the following Android devices already, you will be able to download Facebook Home into your device when it's launched on April 12th by going to the Android Play store;
Supported Facebook Home Devices
The HTC One, One X, Samsung Galaxy S3, Note 2, and the S4
“We asked ourselves — if we’re already spending this much time on our phones, how can we make it easier? What if they were designed around people first, and you could also just happen to interact with apps? Computers have been designed around apps and tasks for years. Computers used to be these expensive, clunky, not very fun-to-use devices. A lot of the time, we do need to do tasks. The old model is great for that. But more and more, we just want to know what’s going on with the people around us. But why do we need to go into all those apps in the first place? That’s because today, our phones are designed around apps. Not people. We want to flip that around. We want to bring the experience of having a home, of having everything you need right around you… to your phone.” Mark Zuckerberg says.
What does all of this mean to mobile developers? Nothing yet... What Facebook is doing is essentially using the Android OS to create it's own phone experience on a mobile device. Facebook is the experience, Android is the delivery mechanism. The app developer can't yet take advantage of any part of the Home experience. There aren't any API's for it as of this posting, and  Facebook looks to control everything that is happening on Home (that is the point right), at least during it's launch. The good news is your Android apps will still work on a device running Home,  just as any Android device, users will just have to dive through "Home" to get to them.
Some might be asking,  "is Facebook Home a trojan horse into something else coming later?". Maybe, but it won't segway into Facebook taking over mobile I don't think but it could bend already leaning mobile buyers into choosing Android over iPhone, or Windows since this is an exclusive for the Android OS.
I'm sure after Facebook home gets settled in they will give developers opportunities to create experiences on top of home, at least I hope they will...