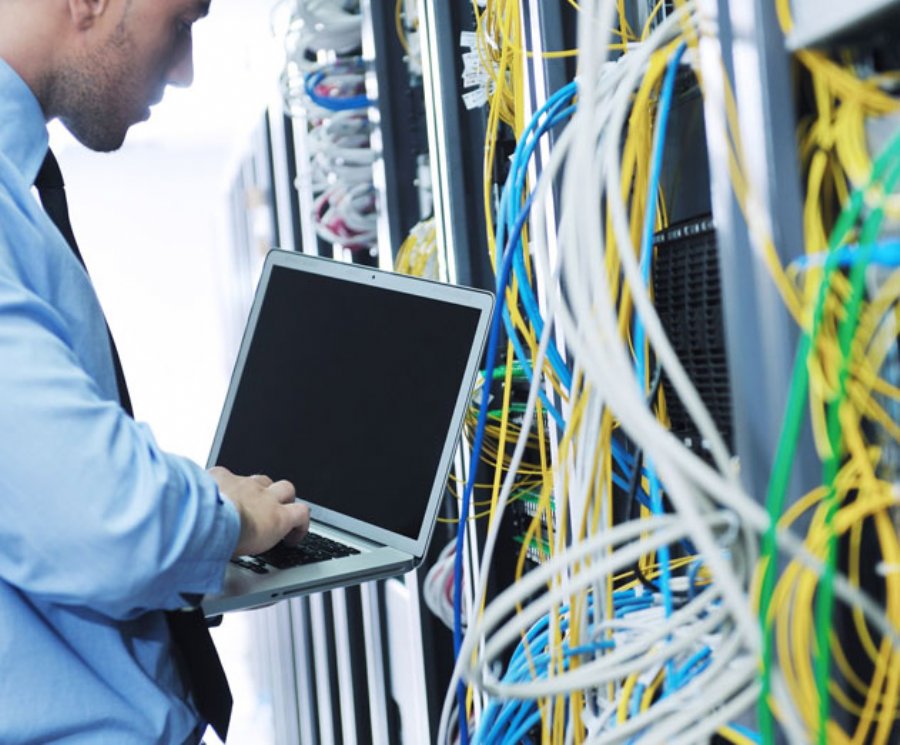 The evolving role of the Network Engineer


15,384
Many network engineers still struggle to manage key IT workflows manually, including network troubleshooting, documentation, change management, and cybersecurity. Managing these workflows is becoming increasingly difficult, and the issue is only expected to escalate as networks grow and become more complex with the move towards software-defined networking (SDN) and cloud computing.
A recent survey conducted by NetBrain Technologies, 2017 State of the Network Engineer, explores the many issues facing network engineers and how their roles are evolving in face of complexity. Manual documentation and troubleshooting, combined with lack of cross-IT collaboration, are all roadblocks for today’s network engineer, while tools like the command-line interface (CLI) will be increasingly challenged in keeping up with growing network demands.

Automation is King, Programmability is Queen

The simplest explanation for the changing role of the network engineer is the rapid growth of network size and complexity. For instance, 83 percent of survey respondents indicated that the size of their networks has increased within the past year. Specifically, 49 percent of enterprises with over 1,000 employees have more than 1,000 devices (e.g., switches, routes, firewalls, etc.), while 21 percent have more than 10,000 network devices.
As network size and complexity continues to increase, the need for automation becomes even more germane. For instance, nearly 30 percent of organizations are investing in network automation capabilities in the near-term, with 53 percent of network engineers saying they are required to know programming beyond just scripting for their jobs. To mitigate this, many organizations are embracing a culture of DevOps and investing in new network automation capabilities, which can shorten cycles and eliminate time-consuming and tedious tasks.

Today, every organization struggles with diagramming their network environments, whether that’s across physical, virtual, or software-defined networking domains. This challenge will become increasingly more difficult as networks grow in size and become more complex. From our survey, 87 percent of respondents said they continue to rely on manual techniques (e.g., Microsoft Visio) to create and update their network diagrams, while 49 percent cited that it takes too long to create diagrams using those manual techniques.
The abundance of time spent on manually diagramming networks can also lead to slower network troubleshooting, prolonged security impacts, or lack of compliance. Not only does manual documentation take hours to complete, 58 percent of network engineers said that network diagrams become obsolete as soon as the network changes. This was the number one documentation challenge cited by respondents. Organizations that are automating the documentation process are able to drastically reduce mean time to repair (MTTR), by cutting out the hours of tedious diagramming and jumping straight to troubleshooting.
Network troubleshooting is one of the most critical workflows for a network engineer. However, like network diagramming, the majority of engineers continue to rely on manual techniques, which can lead to longer network downtimes and MTTR. For instance, 40 percent of survey respondents said it would take more than four hours of troubleshooting time to diagnose a network problem, whether that’s a slow application or jittery VoIP application. In today’s landscape, it’s critical that engineers have full visibility of their networks, so they can quickly identify and address network problems.
Today, the majority of this time is spent manually collecting and analyzing network data or tracing paths through the CLI – tedious and time-consuming processes. Case in point: 43 percent of survey respondents said troubleshooting takes too much time using CLI. It’s clear from the data, that network engineers realize that troubleshooting through the CLI is not sustainable as networks become more complex. Yet, survey results indicated that less than four percent of networking teams are currently applying automation to the network diagnosis and troubleshooting process.

Democratizing Tribal Knowledge is a Must

Survey results also showed that many organizations continue to rely on “tribal” knowledge to manage network problems, meaning they rely on an engineer’s mental picture to create a network diagram or go to the IT expert to troubleshoot advanced configurations. Thirty-three percent of survey respondents cited this over-reliance as a key challenge, which impedes speed to resolution as technical know-how and learnings are limited to a few experts.
In addition, 45 percent of network engineers cited that the lack of cross-IT collaboration was a key issue. Whether it’s coordinating within the same team, such as in the network operations center, or communicating across IT silos—such as with the security or application teams—the lack of collaboration was the number one challenge cited by engineers for more rapid problem resolution. Specifically, 36 percent of respondents believed poor communication impaired processes when it came to network change management and design, while 72 percent cited that this was a particular issue when it comes to troubleshooting network security problems.

Continuously Defending the Network Is Priority

Network security is also among the critical workflows that have been affected by the increasing complexity of networks. In an age where it appears a major cyberattack occurs at least monthly, securing the network is rightfully a top priority. As networks grow, so do the amount of vulnerabilities that put the network at risk, making the need for continuous network security even more critical in today’s day and age.
Compounding this issue is the high volume of alerts with false positives that are generated daily. Given the 24/7 nature of threats, it’s physically impossible for engineers to verify each alert manually. In fact, nearly 57 percent of respondents cited an inability to isolate the area where an attack is happening, with 50 percent stating the inability to continuously monitor and mitigate attacks without human intervention as a significant issue. It’s no wonder that half of respondents said that their response today to a security issue is “one part professional, one part hysteria.”
The role of the network engineer is more challenging than ever before. In the current landscape, without clear network visibility, automation and reliance on manual processes, the challenges will only continue to grow as networks increase in size. It is time for enterprises to move towards automation to improve network engineer workflows, ensuring IT teams are properly managing networks and able to address problems that arise more quickly. Some organizations are already there, but many have a long way to go.

Read more: http://info.netbraintech.com/report-state-of-netwo...This content is made possible by a guest author, or sponsor; it is not written by and does not necessarily reflect the views of App Developer Magazine's editorial staff.