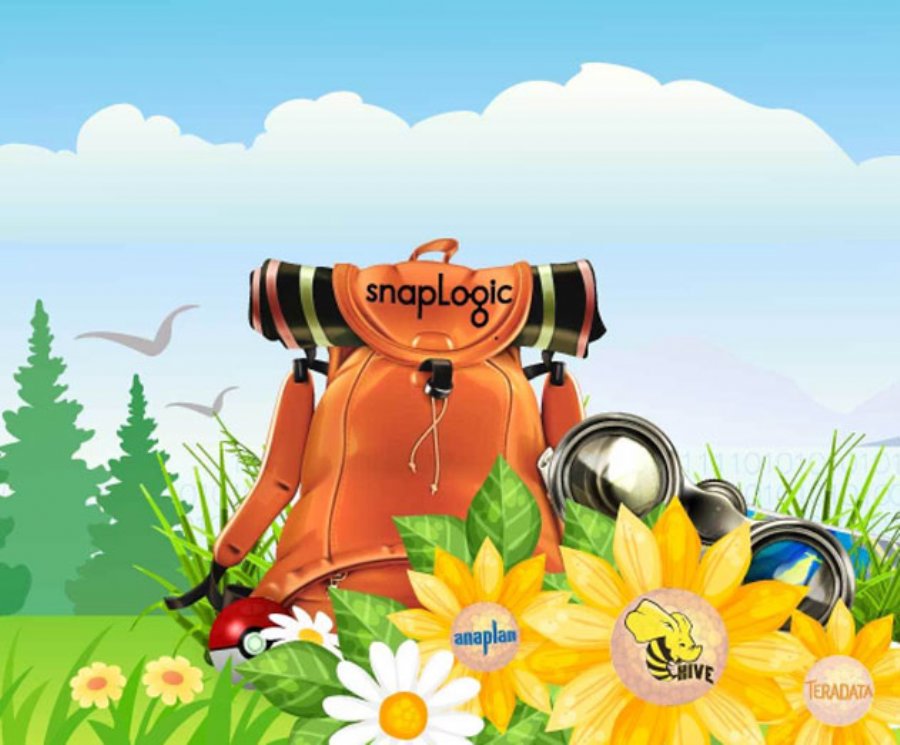 
3,863
SnapLogic has announced the release of its Summer 2016 Elastic Integration Platform which brings new additions to SnapLogic’s library of more than 400 intelligent connectors called Snaps, and enhances the core platform with improved performance and new data governance features for hybrid deployments.
The Summer 2016 release introduces several enhancements to SnapLogic’s support for Hadoop- and Spark-based big data integration. These include:
- New Hive Snap: The Snap for the Apache Hive data warehouse automates execution of Data Manipulation Language (DML) and Data Definition Language (DDL) statements for rapid queries on either Cloudera- or Hortonworks-based Hadoop clusters.
- New Teradata Snap: This Snap connects a Teradata database as part of an integrated data pipeline for enhanced business analytics.
- Enhanced encryption for the Hadooplex: This enhancement to the SnapLogic Hadooplex, the data processing engine that is deployed on a Hadoop cluster, allows cloud service and database credentials to be stored and encrypted under the customer’s control without leaving the SnapLogic environment, bringing more flexibility and security to data processing in Hadoop clusters.
In response to the situation where data schemas in enterprise systems-of-record such as SAP, NetSuite or Salesforce can have thousands of elements, the platform now facilitates the ability to map the elements to other systems for integration and data extraction. Included are new automated data transformation capabilities that take an expression from a source system, evaluate and “map” it to the target system with minimal manual intervention as part of an integrated data flow pipeline. The improved Mapper Snap makes it faster and simpler to search, filter and map the thousands of entries in a complex schema tree.
In addition to the new big data integration Snaps, the Summer 2016 release brings a variety of updates and improvements to the library of 400+ pre-built Snaps, including:
- Enhancements to the Snap for the Anaplan project planning platform: This Snap has been enhanced to support handling of input errors to aid in data governance.
- Updated Tableau Snap: This Snap lets users write, format and extract data from the current version of Tableau for advanced business analytics.
- Updates to Snaps for Google BigQuery, Google Analytics, and NetSuite to improve performance.
The release also adds enhancements to the core SnapLogic iPaaS, including improved performance and new capabilities for administrators for better traceability and auditability. These capabilities include:
- Capturing and logging pipeline parameters: User-defined parameters to be used during pipeline execution can now be logged and retained with runtime history in order for administrators to audit API usage and for developers to quickly debug pipeline performance issues.
- Improved pipeline performance: the Summer 2016 release introduces a seamless way to auto-shard documents across all nodes in a SnapLogic data processing Snaplex, leveraging the power of all nodes and boosting data integration performance. This helps customers to take full advantage of parallel data flow performance, particularly where I/O or CPU are the gating factors.
- Restrict triggered tasks to a single instance execution: Triggered integration tasks are invoked when a certain condition is met in the source system in order to automate business processes, such as an integrated quote-to-cash data flow. Now users can limit invocation of triggered tasks to one instance at a time for more granular control and to avoid overloading resources.
- Whitelist IP ranges for cloud triggered executions: Platform administrators can now whitelist IP address ranges to restrict triggered tasks to only run on cloud URLs in the specified IP range. This allows invocations to be totally restricted, limited to specific IP addresses or ranges, or totally open for more granular control and governance.
In addition to the available library of pre-built Snaps, SnapLogic also provides the ability  to build custom Snaps using a standard developer IDE. New with the Summer 2016 release is a site for developers with detailed explanations, screenshots, and code samples.