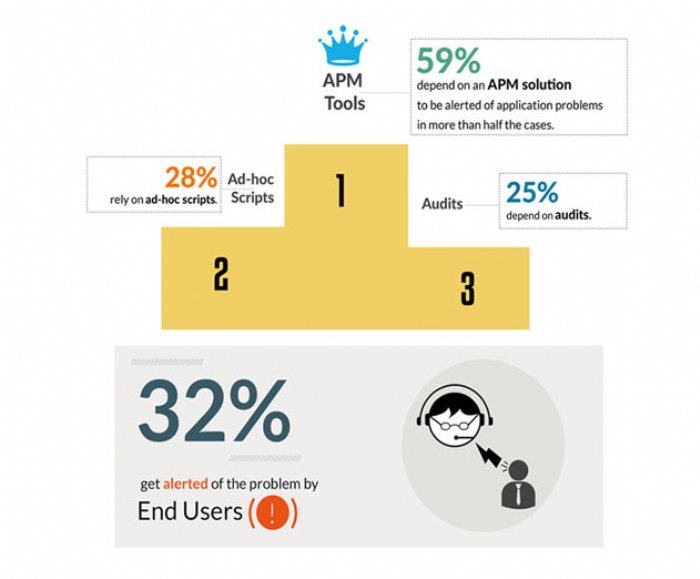 
1,236
ManageEngine has released the results of its Application Performance Monitoring Survey 2015. The company conducted the survey by polling ManageEngine users as well as IT administrators using competitor solutions in North America and Europe.
According to the survey, nearly 33% three businesses have end users, not APM software, providing the initial alerts that inform IT teams about application performance problems. Another 28% find most of their performance issues by running ad hoc scripts.
Other insights from the survey respondents include:
- 81% of companies take up to four hours to resolve app outages. Sixty percent of respondents reported they take up to four hours to repair application performance issues such as slow page loading.
- 50% said they have the bulk of their business apps on the private cloud.
- 20% said they have over half of their applications deployed on the public cloud. Another 20% of respondents said they have close to half of their deployments on a hybrid cloud.
- 70% of businesses indicated that most of their end users access enterprise applications through a Web interface.