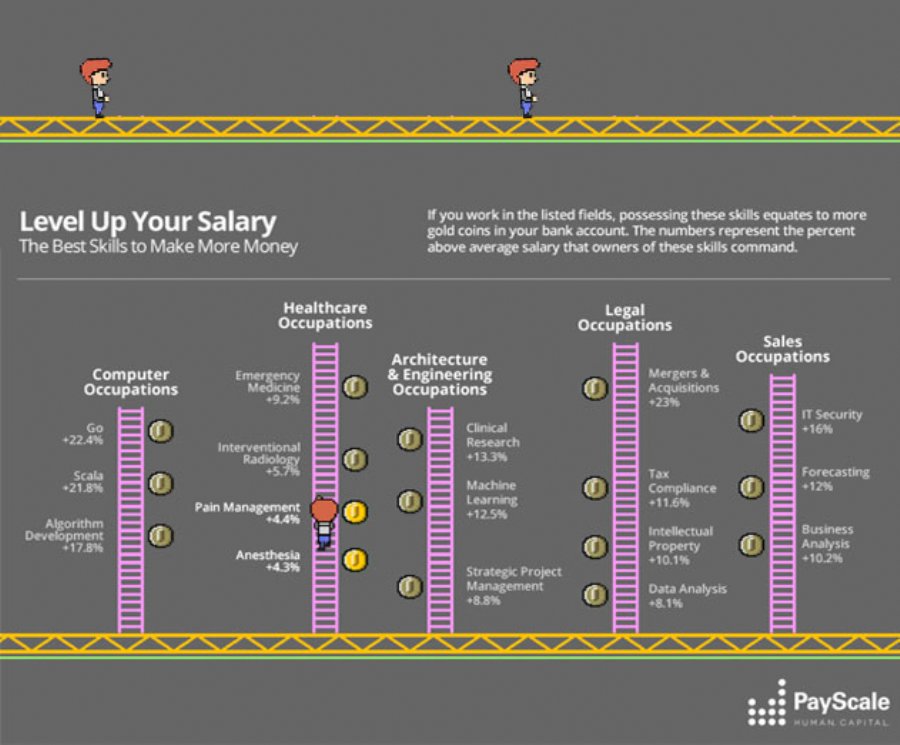 
13,669
PayScale, in partnership with Future Workplace, have released a new workforce skills preparedness report titled “Leveling Up: How to Win In the Skills Economy.” Among the findings were a “pay boost” for tech hiring when considering specific technical skills.
Overall, the report details a disconnect between managers and recent graduates regarding their preparedness for employment after entering the workforce, and which skills managers are most likely to consider absent or deficient.
Top findings of the report indicate that 44 percent of managers feel writing proficiency is the hard skill lacking the most among recent college graduates, while public speaking follows with 39 percent of managers feeling this way. Furthermore, 60 percent of managers feel critical thinking/problem solving is the soft skill lacking the most among recent college graduates.
After surveying over 40 million people for the report, the data revealed that almost all of the top-paying and best emerging skills fall into the tech category for skills such as:
- Scala: 22% pay boost
- Hadoop: 12.5% pay boost
- Cloud computing: 10.4% pay boost
- Android SDK: 9.3% pay boost
- iOS SDK: 11.4% pay boost

- Recent Grad Preparedness: Overall, the majority of workers (87 percent) feel well prepared (immediately or within 3 months) for their job upon graduation from college. In contrast, only about half of managers (50 percent) feel that employees who recently graduated from college are well prepared for the workforce.
- Preparedness by Generation: A higher percentage of managers who are Millennials (55 percent) feel that recent college graduates are well-prepared compared to managers from older generations (47 percent Gen X, 48 percent Baby Boomers).
- Best Skills to Leave off Your Resume: The "Best Skill to Leave off Your Resume" are considered "foundational skills," meaning they are frequently listed as skills by employees within each industry represented. If an employee or job seeker lists these foundational skills among his or her top skills, he or she is likely to earn significantly less than peers with more impressive skills listed on their resume.