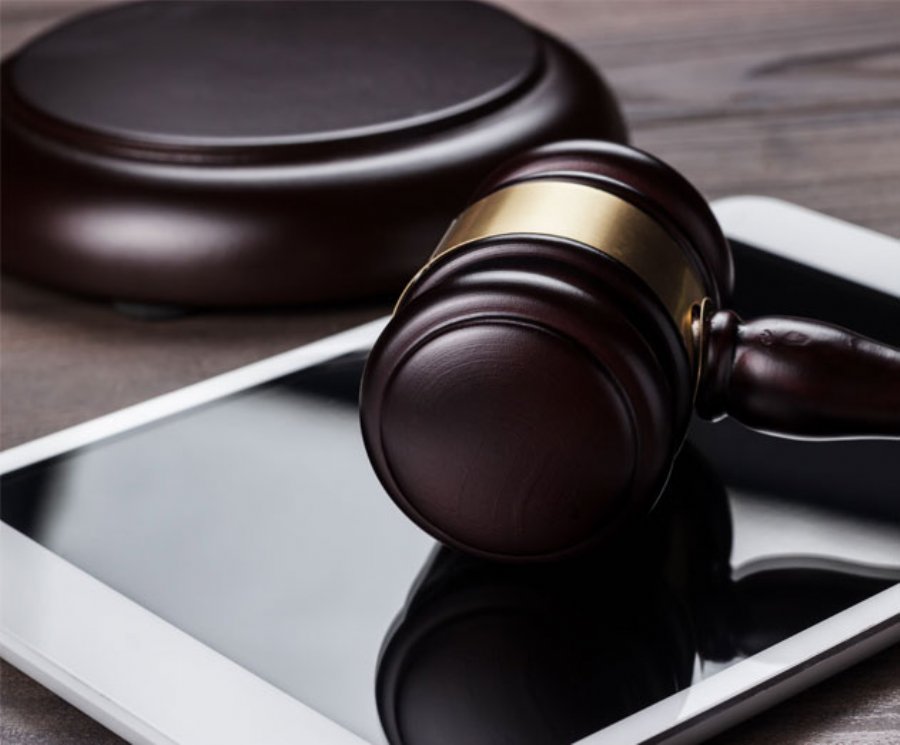 
22,596
You’ve come up with a brilliant idea for a mobile app that will deliver disruptive technology. You’ve sketched out a rough storyboard of your user interface and user experience. You’ve outlined the algorithms and architecture you need to implement your idea and satisfied yourself that your app is technically feasible. You are ready to finalize your go-to-market plan and start developing in earnest, and you likely will be looking for investors soon. Before you take those next steps, be sure to keep in mind these seven key considerations for protecting your technology.

1. It’s never too early to start thinking about what intellectual property you have and how you will protect it

Investors at any stage will want to know what barriers to entry exist for your competitors. If your app’s value stems from technology that cannot be reverse-engineered, you may be able to rely on that technological difficulty as your key barrier to entry, in which case your technology may be most valuable if kept a trade secret. But those situations are rare. More likely, at some point your investors will want to know what aspects of your app are patentable and what steps you have taken to patent them.
But while your patent strategy might not be scrutinized until you’re seeking sizable investments, you should begin developing that strategy much earlier. Especially now that the U.S. has shifted to a first-to-file patent system, you can lose your ability to obtain a patent by waiting too long to seek patent protection.
Moreover, thorny legal issues can arise from events that happened months before sophisticated investors begin probing your patent strategy. For example, the laws determining ownership in intellectual property are complex. Early missteps in drafting employment agreements with your software developers can jeopardize your ownership of patents and other IP; but without proper advice, you may not realize your rights to the IP are in question until the scrutiny that comes with VC funding or acquisition diligence—and by then it may be too late or extremely costly to remedy the problem. Similarly, failing to take proper precautions when disclosing the idea for your app or demonstrating a prototype to early investors can block you entirely from pursuing protection in some jurisdictions; in the U.S., such a disclosure or demonstration can inadvertently start the clock on a one-year period in which you must apply for a patent or lose your patent rights altogether. Developing your patent strategy from the outset is key to avoiding these missteps and positioning your company well for due diligence in connection with VC funding, an acquisition, or an IPO.

2. Work with a full-service IP specialty firm with a global practice

To protect the inventions that your app embodies, you will need a utility patent. But utility patents cannot protect all the potentially valuable aspects of your app. A proper IP specialist can help you supplement your patent strategy by pursuing trade-dress protection or design patents for your user interface, registering copyrights in your software, handling domain-name disputes related to your app and your company, reviewing the copyrights in your source code for GPL and open-source pitfalls, and helping you avoid onerous terms in early licensing deals for third-party technology that can be fatal to obtaining later rounds of funding or to completing an acquisition.
Some technologies are patentable in the U.S., but less so in important jurisdictions like Europe and Japan. For example, software is generally more difficult to patent in Europe than in the U.S.; the success of a European software patent application often comes down to the disclosure in the first patent application, which may have been filed in a different jurisdiction. If an app developer’s early patent strategy is focused only on the U.S., its original patent application may be written well for the U.S. but not so well for Europe; the company may be able to obtain valuable U.S. patents but could find itself frustrated when it seeks to expand its patent protection to Europe and other jurisdictions outside the U.S. Startups should take a global perspective and work with an IP specialist who can help them identify the best protection strategy for the markets they plan to enter.

3. Make sure your financial plan accounts for your patent strategy and vice versa

As you develop your patent strategy, get estimates from your patent counsel on how much each component of the strategy is likely to cost. Building those estimates into your financial plan not only helps ensure you ultimately have sufficient funds to implement your strategy on top of your other costs, it also makes you more credible when you present your plan to potential investors. Key events in your patent strategy, like the filing of applications and issuance of patents, can also serve as company milestones that you can tout when fundraising.
Filing for patent protection early on doesn’t need to be expensive. An early provisional patent application often strikes a good balance between IP protection and costs. Although a provisional patent application cannot itself mature into a patent, its filing preserves for one year your rights to pursue patent protection for whatever inventions are disclosed in the provisional application. A provisional application often can be prepared and filed for considerably less than it would cost to prepare and file a full-fledged patent application. You can use the one-year term to raise additional funds for a full-fledged nonprovisional application and to develop a better understanding of customer demand, so that your nonprovisional can better target the most valuable aspects of your invention.
Early-stage investors might be satisfied with merely knowing that you have applied for patent protection, but attracting later-stage investors or achieving a successful exit usually requires that patent applications not only be filed but also have discernable value. A patent’s value is measured largely by the quality of its claims—the numbered paragraphs at the end of a patent that define what the patent covers from a legal standpoint. In striving for high-quality patent claims covering your mobile app, keep the following points in mind.

4. Find the right breadth for your patent claims

Fundamentally, your claim strategy should strive for patent claims (1) broad enough to cover your implementation of your invention as well as any alternative implementations likely to eventually appear in competing products but (2) also narrow enough to avoid covering ideas that others came up with before your patent filing; to be patentable, your idea must be new and not obvious in view of prior solutions (“the prior art”). Work with your attorney to distill your app and its underlying technology to its most valuable components, which often are also the features that distinguish your invention from prior solutions. But also realize that striking the optimal balance between maximizing claim coverage and avoiding the prior art will evolve over time as your understanding of what customers value evolves and as you become aware of more prior art from the U.S. Patent and Trademark Office (PTO) and other jurisdictions’ patent agencies.

5. Seek broad claims without reducing them to abstract ideas

Over the past two years, U.S. jurisprudence on software patents has changed dramatically. One of the most important developments has been the Supreme Court’s 2014 decision in Alice Corp. v. CLS Bank International, which dealt with the circumstances in which a software patent might be invalid for being directed to nothing more than an “abstract idea.” After that decision, courts across the country have struck down numerous software patents for purportedly claiming an abstract idea. For example, Ultramercial sought and obtained a patent to protect its technology that prevented users from accessing video content without first watching an advertisement. After the Supreme Court’s Alice decision, the United States Court of Appeals for the Federal Circuit struck down Ultramercial’s patent because, the court concluded, it was directed to no more than the abstract idea of showing an advertisement before delivering free content. It can be challenging to achieve broad claims without reducing your software-based invention to an abstract idea. But Ultramercial’s patent claims might have survived had they focused more on the technological mechanism Ultramercial’s solution used to enforce the restriction on access to the content or any mechanism the solution might have used to inject rotating advertisements into a separate video file.

6. But also note that your patent’s value depends on the ease with which you can identify infringers

You must balance your effort to avoid abstractness against the problem of detecting infringers. If your claims are too implementation-specific, you may not be able to identify likely infringers without access to their source code. For example, if your claims focus on specific operations that a mobile phone would perform internally, work with your attorney to determine whether any externally observable behavior that a phone with a competitor’s app might exhibit—such as the phone transmitting a specific sequence of network packets—would be indicative that the phone had internally performed the operations that your patent claims focus on.  You should additionally consider whether such externally observable behavior is itself protectable.

7. Diversify your portfolio to guard against inter partes review

These days, suing for patent infringement in the U.S. almost always results in the accused infringer responding with a petition to initiate a process called inter partes review (IPR) at the PTO. A petition for IPR asks the PTO’s Patent Trial and Appeal Board (PTAB) to review whether the patent’s claims are patentable in view of specific prior art. If the PTAB grants the petition, it considers the parties’ arguments about patentability; and if the parties do not settle, the PTAB ultimately upholds or cancels the challenged patent claims. Relative to litigation in court, an IPR proceeding offers an accused infringer a less expensive vehicle for nullifying its opponent’s patent; and if the PTAB agrees to review a patent, a court has the option of putting litigation involving the patent on hold until the PTAB concludes its review. While interpretation of IPR statistics differ, the general consensus is that IPR proceedings tend to favor patent challengers and give accused infringers substantially more leverage than they used to have in negotiating settlement. With the advent of IPRs and similar post-grant proceedings, sophisticated investors will review a startup’s patent portfolio with an eye toward vulnerabilities to IPR challenges.
While the patentability of your claims ultimately will depend on whether your invention is new and nonobvious, you can take at least two measures to reduce the risk of losing all of your patent rights in a single IPR proceeding. First, when applying for a patent, you can diversify the set of claims you pursue within that particular patent application. Develop a well-mixed set of broad and narrow claims, and avoid relying on a single feature to distinguish all of your claims from the prior art, at least to the extent the constraints of your application permit. Second, diversify your overall patent portfolio by keeping continuations alive and using your continuation applications to address any patentability concerns arising in an IPR.  A continuation application advantageously relates back to the original filing date of your first patent filing and provides you with the ability to amend your claims more easily than in the IPR to distinguish any prior art cited during the IPR proceeding.
Navigating the complexities of patent protection can be challenging.  But if you start early and execute a well thought-out patent strategy, you will stand a better chance of obtaining the protection you need and impressing potential investors.


Read more: https://knobbe.com/This content is made possible by a guest author, or sponsor; it is not written by and does not necessarily reflect the views of App Developer Magazine's editorial staff.