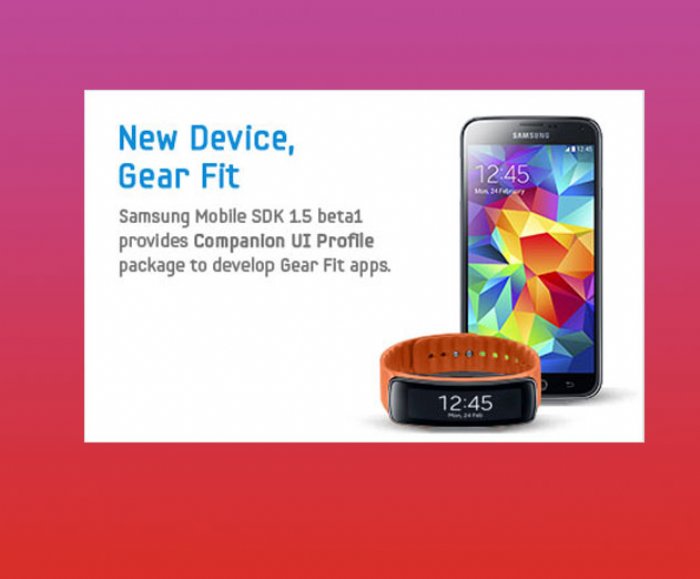 
1,479
Enough with new tech, its time for developers to get their hands on coding details and Samsung didn’t disappoint yesterday. Included in its Developer Days activities at the Mobile World Congress (MWC) was the release of new SDKs for the new Galaxy S5 and the Tizen powered Samsung Gear 2 which were unveiled earlier in the week at MWC.
The company also introduced the Gear Fit SDK as well as a new version of the Samsung Mobile SDK 1.5 with the finger scanning technology, strengthened motion-detection function included in the Galaxy S5 as well as multi-screen technology for developing apps that can simultaneously operate on TV and mobile devices.
The S Health SDK was also released. S Health is Samsung’s personalized app which uses health information accumulated through sensors, is available on various Samsung mobile devices.
You can find more information at the link below.