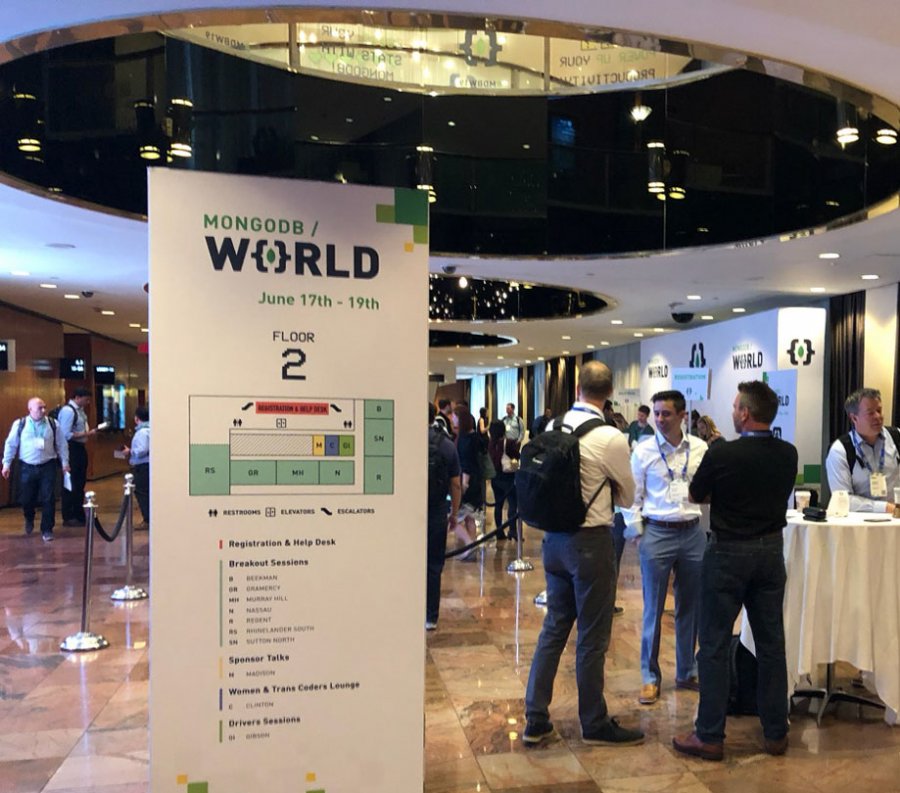 MongoDB World 2019 kicked off at the beautiful Hilton Midtown in New York City yesterday. The day was full of technical talks and interactive presentations. The event offers conference-goers the ability to interface with MongoDB experts in free one-on-one consultations and to learn the technology in a hands-on way. They have some big announcements coming out of the conference including their vision for the development platform Realm, a company it acquired in May of 2019. The popular mobile database and synchronization platform will merge with the serverless platform MongoDB Stitch under the Realm brand to give developers a better way to work with data all the way through the application lifecycle – from the front to the backend.

“The founding principle of MongoDB was to give developers a better database so they could focus on building great applications. We realized that by acquiring Realm we can extend that mission further up the development stack for data-intensive web and mobile applications,” said Eliot Horowitz, CTO, and co-founder, MongoDB. "By combining Realm’s wildly popular mobile database and synchronization platform with the strengths of Stitch, we will eliminate a lot of work for developers by making it natural and easy to work with data at every layer of the stack, and to seamlessly move data between devices at the edge to the core backend.”

Realm’s synchronization protocol will connect with the MongoDB Atlas global cloud database on the backend, making Realm Sync a powerful way for developers to connect data to the devices running their applications. As a part of MongoDB, Realm is positioned to become the default database for mobile developers and the easiest way to build real-time data applications in the browser, and in iOS and Android devices.

“In the same way that MongoDB made clear that the old tabular, relational database model was not appropriate for working with modern data, Realm created a better solution on the mobile side than both embedded relational databases and proprietary data stores used at the edge. That natural harmony makes us very excited about what the combined power of Realm and MongoDB is going to do for developers,” said Alex Stigsen, CTO, Realm. “Both sides of this acquisition are obsessed with making data easier to work with so developers can build better applications, faster. Longtime fans of Realm are going to love the new capabilities we are now able to offer and we are excited to reach an even wider audience of mobile and web developers.”

Developers should expect increased investments to the core Realm database and to have access to the new Realm Sync in 2020.