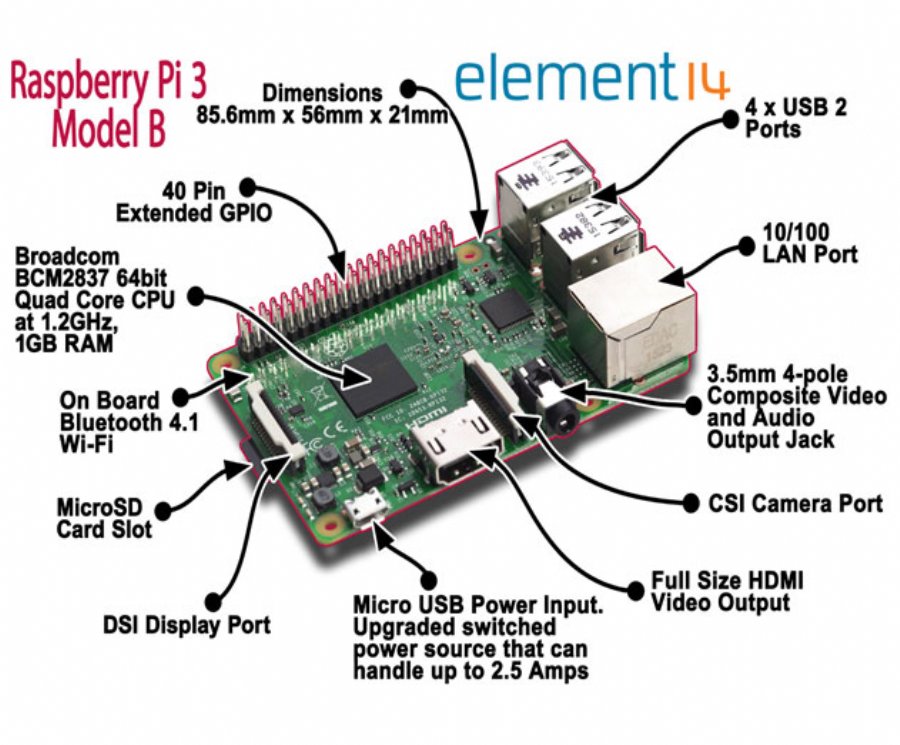 
11,550
The next generation of the Raspberry Pi board had arrived with the introduction of the Raspberry Pi 3 Model B by element14.  The new board is faster and more powerful than before and comes with built-in Wireless and Bluetooth connectivity.
The new Raspberry Pi 3 is available to buy today for $35US and is built on a new QUAD Core Broadcom BCM2837 64bit ARMv8 processor (running an ARMv7 operating system) at 1.20GHz, a significant increase from 900MHz on the Raspberry Pi 2. It has improved power management and an upgraded switched power source up to 2.5 Amps to support more powerful external USB devices.
With support for Bluetooth Low Energy and Wireless LAN, the Raspberry Pi 3 can supports new application areas such as IoT connectivity, streaming to Bluetooth headphones or speakers, Wi-Fi gateways and home cloud storage.
With element14’s ecosystem of accessories users can further extend the functionality of the Raspberry Pi 3. The company has introduced three new accessories for the board which include:
- A new 16GB NOOBS Micro SD card featuring all of the software users need to get started.
- A 2.5A Raspberry Pi power supply which will enable users to power their Pi and ‘add-on’ boards all from one power source – maximizing the benefits of the Pi3’s improved power management capabilities.
- A new Raspberry Pi 3 case
The Raspberry Pi 3 offers backwards compatibility by following the same form factor as the Pi 2, including the following key features:
- 40pin extended GPIO
- CSI camera port for connecting the Raspberry Pi camera
- DSI display port for connecting the Raspberry Pi touch screen display
- 4 x USB 2 ports
- 4 pole Stereo output and Composite video port
- Full size HDMI
- Micro SD port for loading your operating system and storing data
The original Raspberry Pi was launched in February 2012 and with over 5 million sold to date.