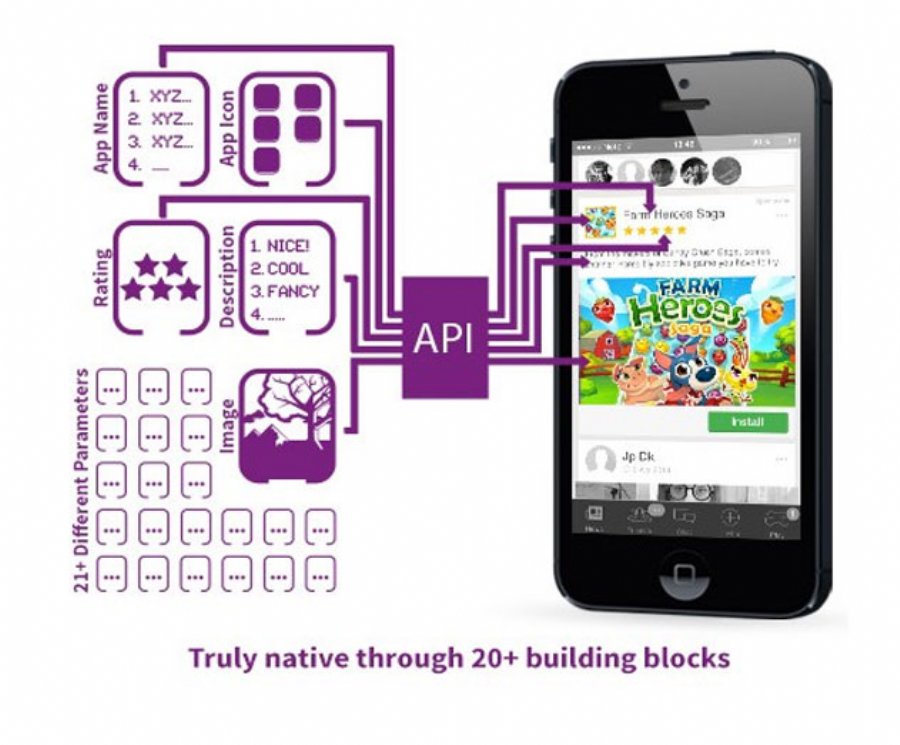 
5,240
PubNative has announced the availability of its new native advertising platform, which provides a supply-side platform (SSP) that can be accessed by developers through an API instead of through the integration of an SDK. The company also has announced a recent investment from AppLift.
Through the PubNative platform’s API, publishers can request over 20 advertising assets to serve as building blocks to create any number of combinations for native and unique ad units that offer a seamless user experience. These building blocks include app name, icon, screenshots and rating, as well as custom images, image sizes and description texts available in 10 plus languages. The API is accessible both through client-side and a server-to-server integration.
PubNative also offers inventory management tools for publishers, including black- and white listing functionalities as well as its eCPM maximization ad-delivery algorithm, which uses machine-learning and predictive behavioral analytics to show the best-performing ads to a specific user.
On the demand side, the product plugs into the PubNative Exchange, a programmatic app promotion exchange linked to demand from major ad networks, DSPs, agencies and direct advertisers. This enables access to a number of app advertisers from a broad range of verticals such as games, dating, travel and ecommerce yielding more than 5000 concurrent live campaigns on the exchange.
Additionally, the platform offers house-ad functionalities for publishers who wish to make direct deals with advertisers or cross-promote their own apps as well as the functionality to mediate brand offers. PubNative also provides both contextual and demographic targeting features to optimize ad relevancy and maximize monetization opportunities for publishers.
PubNative is co-founded by former AppLift Head of Product Ionut Ciobotaru. The company includes a number of mobile monetization and technology experts and is based in Berlin, San Francisco and Seoul.