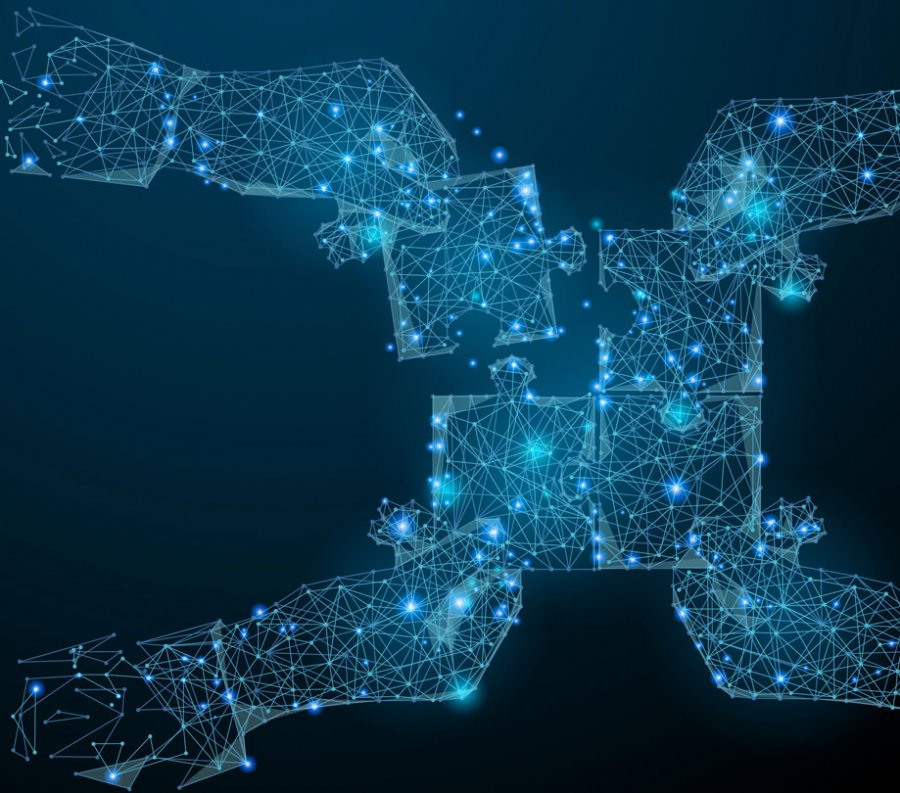 Quantum Noesis, the playable NFT graphical novel has landed. Players advance the story by solving puzzles created by Cliff Johnson. The game is built on Unity, interacts with the Solana blockchain, and players who are the first to solve a given puzzle will receive $SNS tokens as a reward.

EVI (short for Electronic Virtual Intelligence) is on the verge of achieving sentience as the first true general Artificial Intelligence. But there are powerful forces at work to destroy her!

To safeguard the Noesis Network, EVI has gamified part of her security, transforming vulnerabilities in the code into audiovisual puzzles that are easier for the human mind to grasp and solve. She has recruited elite gamers, like you, to bring their intuition, creativity, and pattern recognition abilities to the fight. Her world is the Quantum Noesis.

"Quantum Noesis explores real-world themes about autonomy and freedom in an era of increasing surveillance and control. In some ways, the game tells the story of what we're doing at Synesis One. We're crowdsourcing users to train AI for humanity, rather than leaving it in the hands of the Dataopolies," explains Tracy Spaight, head of the gamification at Synesis One.

Non-Fungible Tokens, or NFTS, are provably unique digital assets secured on the blockchain. The non-fungible part means that they are not interchangeable, like dollar bills, each token is unique. In the context of games, an NFT can represent a plot of virtual land, magic swords or armor, or cosmetic items like skins. Why this is interesting is it opens the door to real ownership of virtual items in games.

In most virtual worlds, gamers who invest time and money in a traditional virtual world are at the mercy of the game's operators. That's because your character and any items you earn are licensed to you by the company that created the game world. You can't take assets with you if you leave, or the game company shuts down servers. Play and earn games, on the other hand, are designed around open economies. Non-Fungible Tokens allow players to own their virtual assets.

The gaming community is divided over blockchain games and NFTs. Some publishers (like Steam) have blocked NFT-based titles and play to earn games from their platforms. Others are cautiously testing the waters, hoping to grab a share of the multi-billion-dollar market caps of blockchain-based games like Decentraland or Axie Infinity.

The current situation is somewhat analogous to the early days of free2play. In the early 2000s, traditional game publishers and the game media generally looked down on free2play games, citing a lack of polish compared to AAA titles and 'bait and switch' mechanics that lulled players but then made it impossible to advance without spending money.

But games like Runescape, Maple Story, Knight Online, and Neopets blazed a trail, and gaming audiences came to embrace the model. Fast-forward a decade and the majority of MMOs switched to free2play or employed a hybrid model.

Whether NFT-based games will follow the same path remains to be seen. Early experiments by mainstream game developers, like Ubisoft Quartz, have been unsuccessful. But according to a survey by Vorhaus Advisors, 63% of gamers want virtual goods with real-world value. If you can have fun and make some money at the same time, then all else being equal, why would you choose to play a game where you can't retain any of the value you create?

"Like free2play, blockchain-based games will drive innovation and open new business models and services. Not all players will embrace it, but enough will for NFTs to become part of the overall gaming landscape," says Tracy Spaight.

Quantum Noesis is a playable graphical novel in which players advance the story by solving puzzles. The game is built on Unity and interacts with the Solana blockchain. To access the game, players must have a Solana compatible wallet with either a Kanon NFT or at least 100 $SNS tokens. The more a player stakes, the more than can win, though the cap on staking is 2,000 $SNS (the price of a Kanon NFT). Players who are among the first to solve a given puzzle or clear a chapter will receive $SNS tokens as a reward.

Players in Quantum Noesis advance the story by solving puzzles, which were created by legendary puzzle master Cliff Johnson, whose many awards include 'Best Puzzle Game Ever' and 'Best Retro Game Ever.' There are 36 puzzles of increasing difficulty. The visual style of the game was created by award-winning creative designer Eric Jordan and brought to life by graphic novel artist Bohdan Kravchenko. The Game is being produced by game developer Fabyrka Gier. Finally, the Science Fiction story at the heart of Quantum Noesis was written by screenwriter Shawn Whitney and Cyberpunk novelist DL Young, author of the Cyberpunk City novels.