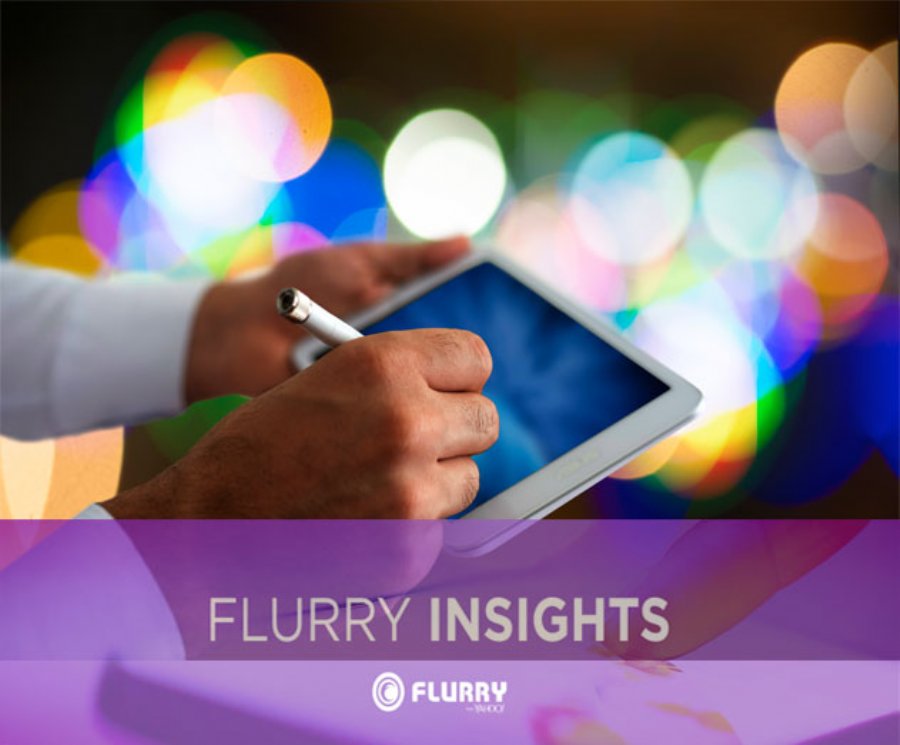 
26,574
A recent study into the impact of the iPhone 6 Plus by Flurry has shown that Phablet owners are becoming a dominant category for app consumption, but the big impact has been on Android device ownership.
Flurry recently examined 1.6 billion devices it tracks every month to explore usage by screen size. Flurry focused on the top 875 devices which accounted for 87 percent of sessions in March 2015.
They categorized devices as follows:
- Small phones: 3.5 inches or smaller
- Medium phones: between 3.5 and 4.9 inches
- Phablets:  between 5 and 6.9 inches
- Small tablets: between 7 and 8.4 inches
- Full-size tablets: 8.5 inches or larger
Their research shows that in some early adopter markets like Taiwan and Hong Kong, the share of active users on phablets is 50 percent. Six months after the iPhone 6 Plus launch, phablets are now the second most used form factor, after medium phones (such as the iPhone 6).
The growth in phablets has been rapid. A year ago phablets accounted for only 6 percent of the used devices. In March 2015 the phablet share more than tripled to 20 percent. This growth has come mostly at the expense of medium phones, which lost 9 percent share in the past year. Full-size tablets and small phones also suffered losses in share while small tablets held their ground at 7 percent.
The affect on Android powered devices has been even more impactful. According to Flurry Analytics, 36 percent of active Android devices in the month of March 2015 were phablets. In 2013, only 10 percent of Android phones were phablets.
This compares with only 4 percent phablet ownership for iOS, which could be due to the fact that there is only one phablet by Apple, and it was just launched in September of last year. To control for the replacement rate of devices (i.e. consumers may wait for their carrier plan to provide a device subsidy), Flurry looked at the number of daily active users for the iPhone and the iPhone 6 Plus. Since the launch of these two devices, there have been approximately 2.75 times the number of iPhone 6s as Pluses.
As Flurry’s Jarah Euston says on a recent blog post, “The pace of mobile growth and shifting of consumer preferences continues to be the fastest we’ve witnessed in our lifetimes. 20 percent of all active devices are now phablets, up from only 3 percent two years ago and we see no sign of this trend stopping. If there is one lesson to be learned in the phablet revolution perhaps it is this: Don’t bet against the Asian early adopter markets; they are usually onto something big.”