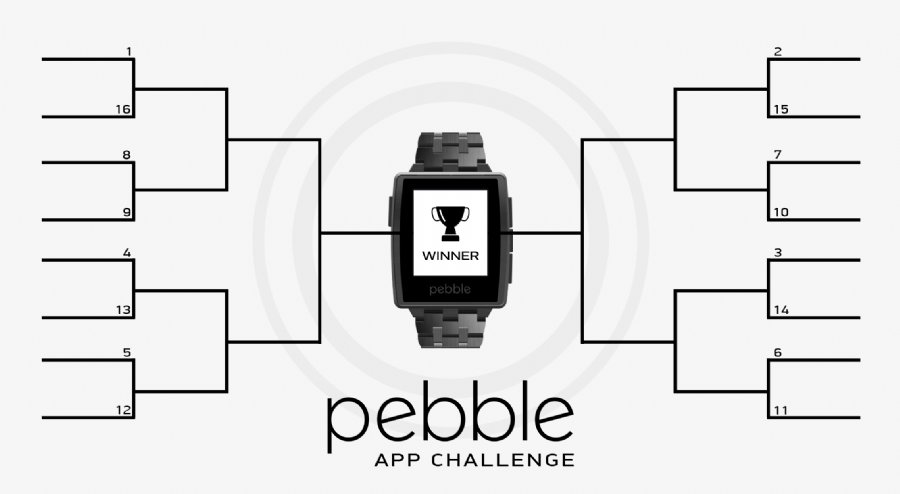 
1,830
Pebble is celebrating the launch of its Pebble Appstore on Android by hosting the Pebble App Challenge, featuring a $5000 grand prize for the first place app developer(s) and a Pebble Steel for each of the Top 16 finalists. The Pebble App Challenge runs from now through March 23rd, 5pm PST.
Between March 24th and March 27th developers, Pebble users and the public at large will vote on their favorite submission on the Pebble App Challenge site. The Top 16 apps will be declared finalists and move on to the final rounds of the competition.
On Monday March 31st, Pebble will match two apps against each other. Pebble users will vote in the Pebble Appstore for their favorites in each match. The winning app will continue to the next day, until the best Pebble app is elected. The winner will be announced on Friday April 4th.
The challenge is open to individuals and team of individuals who are at least the age of majority where they reside as of the time of entry. It is also open to organizations. One individual can join several teams in the Challenge.
The Challenge is not open to individuals who are residents of a country where the laws of the United States or local laws prohibits participating or receiving a prize in the Challenge. Employees of Pebble or companies involved in the organization, as well as their families are not authorized to enter the Challenge. You can read the rules for more details.
Participants need to submit a Pebble 2.0 application (watchapp, watchface, companion apps are all eligible) on the Challenge website. The submission should include a text description, some screenshots and an optional (but strongly recommended) video.
The application must be publicly available in the Pebble Appstore. It does not need to be new, every app available on the Pebble Appstore can be entered in the competition. Each participant can submit multiple applications.
So if you have a Pebble app or want to knock one out real quick, you can enter the contest here.