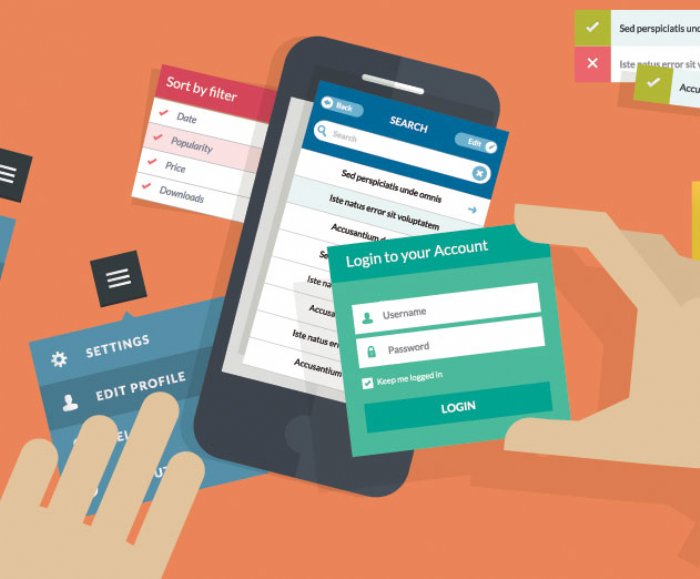 
21,061
We’ve all seen the ads for capabilities enabled by the Internet of Things, and we certainly remember the animated sitcoms like the Jetsons: push a button as your driverless vehicle zips you home, and your lights and fireplace turn on, dinner starts cooking, and the 1960s version of the Roomba tidies up the place.
Ah, if only it was that easy. To accomplish all that today (or in the near future), you’d need six separate apps, with multiple steps in each, and plenty of patience. For the most part, the Internet of Things (IoT) is still a series of connected things - things connected to the Internet, but not necessarily connected to each other. One of the reasons is the same issue experienced from the outset of mobility: competing standards make it difficult to interconnect all these things in a way that makes sense.
There’s another issue that’s also standing in the way of a Jetsons-like experience: the user interface. Without a standard, how can user experience (UX) developers really hope to replicate the simplicity and usability of devices that can make a light switch turn on a light or the brew button jumpstart their coffee maker?
Some of the biggest names in the Internet world are already tackling the multiple app, multiple step issues, but unfortunately there’s no attempt to harmonize these individual efforts. The result may be a frustrated user base who realizes it may be several more years before all of these devices can truly be interconnected and they are presented with an interface that’s more “usable” than today’s non-connected devices.
So, if there are no real standards to follow now, and none on the near-term horizon, how can developers create the best UX possible when creating apps for the IoT? Here are four simple things every developer can do:
1) Keep the user in mind at every step
It sounds like a no-brainer to think like a user when designing UX, right? You’d be surprised at how complicated the UX can become when trying to connect more than one device. Keep in mind that the majority of the connected devices and applications currently coming to market are connected versions of things we already use every day. If the user takes one or two steps now to use a single non-connected device, will they take three, four or more to use a connected device?
Designers should listen closely to the needs of their target audience before rushing into the market, understanding things such as:
- The most popular operating system among its customer base
- What kind of data they’ll collect
- How to communicate that data
- How to process that data into usable information for the end user
2) Make sure it works
Again, a no-brainer, right? But getting different devices and programming languages to interact can be even harder than it looks. There is nothing that frustrates a user more than something that almost meets their needs.
Think of the frustrations many users have with things like calendar applications. Years after the first calendaring app was introduced, users still struggle with syncing their work calendars with their home calendars, never mind with their child’s or spouse’s. It’s something that should be easy - there are only 365 days in a year, after all - but somehow is not.
In the IoT world, there’s not going to be a lot of patience with syncing issues or glitches. Users want it to work, period. Developers can make it easier on themselves by choosing tools early in the process that give them flexibility as customers’ needs change.
As part of “it works” is, of course, strong connectivity. Without it, the device cannot communicate what it knows. But while connectivity in the home can be solved with Wi- Fi and Bluetooth low energy, once devices are mobile, significant UX challenges emerge.
In today’s mobile society, consumer-facing devices need to be fast. LTE is gaining ground in the U.S., but different high-speed solutions are in play around the globe, including HSPA+ and WiMAX. Developers for the most part need to assume they will have a global audience and design accordingly.
3) Protect valuable data
You only have to scan the news headlines to see that the industry is being rocked by security breach after security breach. While many devices don’t seem to be worth the effort to hack, the fact that they are connected to a broader set of devices make them interesting to hackers. If they carry sensitive data, such as credit card information or health records (which often hold valuable identity data), they need to be protected with the highest levels of security available. Developers should design their connected devices and applications with a high level of security in mind, and make sure their solutions are built on enterprise-grade infrastructure.
4) Make it creative
The Internet of Things should be an app developer’s nirvana; it’s their chance to show off their individual ideas, but also how those ideas fit into the entire IoT ecosystem. People already have devices and applications, but they’re always interested in the next big thing, especially if it simplifies their lives.
The basic purpose of a device should nearly always be the main focal point of an application. For example, Nest has some pretty cool smart features, but the simple ability to change the thermostat’s temperature is still the number one feature. By using their creativity, and demonstrating how their application works in the broader environment, application developers can often find great success.
In closing
There’s one underlying goal throughout every step of the development process: A “connected” device must present a compelling reason to be chosen over a traditional one. If the hardware is incompatible with the user’s preferred operating system or the connectivity is spotty, then the UX won’t measure up.
By keeping these four things in mind during the development stage, developers have a good shot at creating an application that not only solves a particular problem for users, but also contributes to the overall growth of the Internet of Things.

Read more: http://www.koretelematics.com/
This content is made possible by a guest author, or sponsor; it is not written by and does not necessarily reflect the views of App Developer Magazine's editorial staff.
UX, IoT, Internet of Things, Operating System, Connected Devices
share