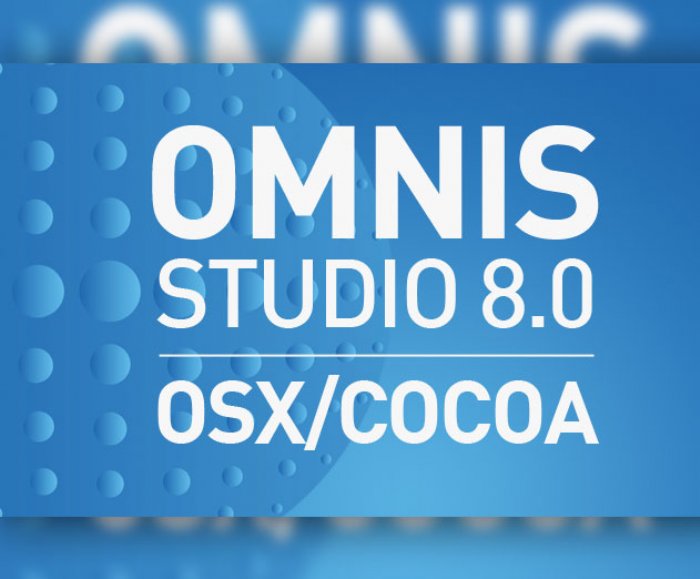 
6,291
Omnis has released Omnis Studio 8.0, which allows developers to create enterprise, web and mobile applications for Windows, Linux, and OS X systems and mobile devices.
Version 8.0 allows developers to build desktop and mobile apps one time, then launch across all the major platforms. The newest version provides assistance and tips throughout the development process, increasing productivity for application developers and an enhanced end user experience.
The release adds 64-bit and Cocoa API support to the Omnis development platform, which allows for faster development and improved performance of apps on devices running OS X or iOS 9. The Omnis core on OS X has been rebuilt using the Cocoa framework, providing added speed and performance in the Omnis Studio IDE and for deployed applications on OS X desktops and iOS mobile devices. It includes added support for Retina displays, like those on the latest iMacs, plus support for HD icons and graphics.
The new 64 bit version of the Omnis Studio core is written in Objective C++, making use of the latest Cocoa APIs and vector based drawing using Core Graphics. This allows Omnis to take advantage of newer hardware and any performance enhancements gained from the newer APIs.
The release of Omnis Studio 8.0 also offers increased support for HTML components for desktop apps – offering the ability to drag and drop data in web forms. There are also new List Pager and Segmented Controls as well as support for HD displays on OS X and Windows. Enhancements to theme and color management have been included for the development environment and deployed apps.
A new Developer Hub provides tips and useful information, including the status of the most recent reported and fixed bugs. The new Code Assistant function displays command parameters, syntax and possible arguments. An App Builder tool provides a number of templates that developers can utilize in building and prototyping apps.