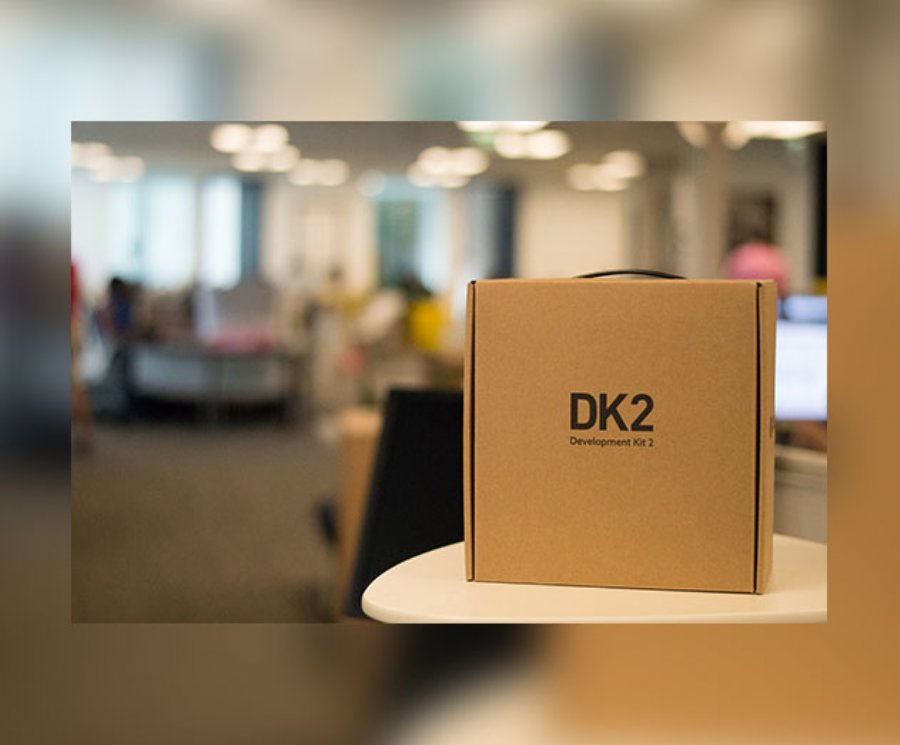 
17,584
Oculus has announced that DK2, the latest development kit for the Oculus Rift, is now available. DK2s have started shipping out to developers in the Americas, Europe, Africa, and Asia, and the company expects to have over 9,000 DK2s in developers’ hands by the end of the first week of August.
The company reports they are working out a minor snag for Oceanic customers, and hope to have the issue resolved soon. Customers in the first batch of pre-orders should receive a payment notification once the order has been processed by the distribution center.
As part of the new development kit release, the company has published a major update to the SDL (0.4.0 SDK Beta) that allows developers to take full advantage of DK2. After over a year in development, this is the largest software release at Oculus yet.
The most significant improvement is the addition of low-latency 6DOF positional tracking, enabling all new types of games and experiences. The company has also introduced an Oculus display driver, which streamlines access to the Rift’s screen. This enables direct rendering to the Rift, rather than treating the headset as a separate monitor (although it still allows for legacy mirroring/extending if desired).
Developers can download the Oculus SDK v0.4.0 Beta from the Oculus Developer Center here. This initial release is Windows-only, but it includes the Unity and Unreal Engine 4 integrations. The OS X release is underway and coming soon.
Developers who have a Rift application or experience built for the original Rift development kit (DK1), will need to integrate the latest SDK and/or engine integrations before it can run on DK2.
The company admits the SDK is still very much in beta, and they will be updating it quickly following this initial release.