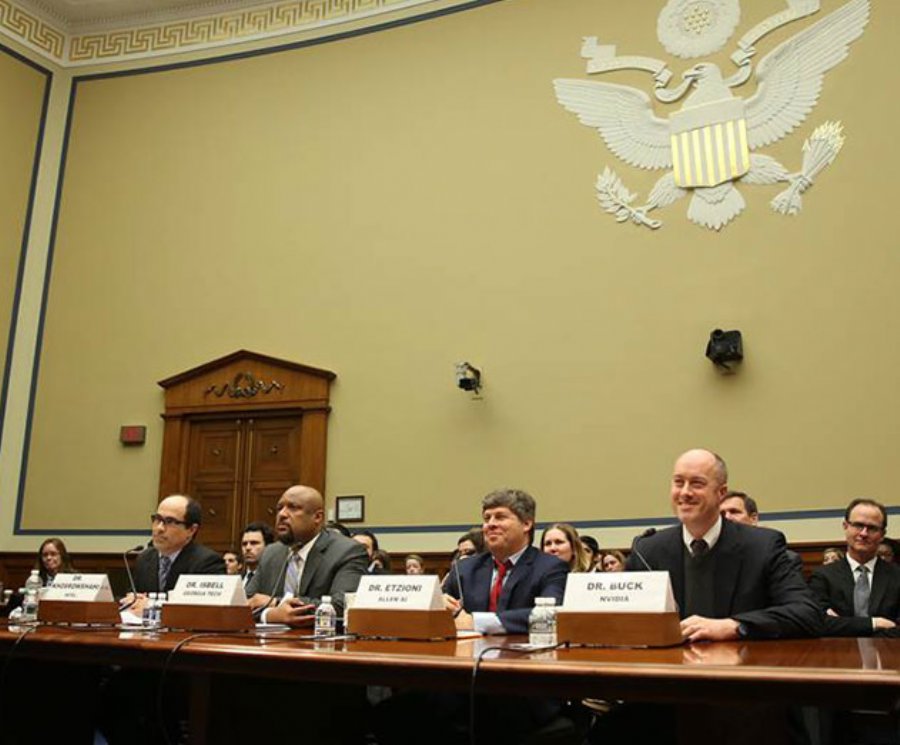 General Manager and Vice president of Accelerated Computing at NVIDIA, gave testimony to a United States Congressional committee, urging them to embrace AI.

Artificial intelligence represents the biggest technological and economic shift in our lifetime, NVIDIA’s Ian Buck told a U.S. Congressional committee recently. In testimony before a hearing of the House of Representatives Subcommittee on Information Technology, Buck, vice president and general manager of our Tesla business, said the federal government should increase research funding and adopt AI to boost the nation’s economy and improve government services.

“While other governments are aggressively raising their research funding, U.S. government research has been relatively flat,” Buck said. “We should boost research funding through agencies like the NSF, NIH and DARPA. We also need faster supercomputers, which are essential for AI research.”

The hearing is the latest example of how artificial intelligence capabilities once thought of as science fiction are being put to work to solve a growing number of real world problems. It’s also a sign that the conversation around artificial intelligence is maturing, with lawmakers looking for ways to support and accelerate AI in a socially responsible and constructive way.

The committee members expressed concerns about potential bias in AI systems, diversity in the AI workforce, defending citizens and government servers from cyber attack, and understanding how AI systems arrive at conclusions. They also asked what data the government should make available to researchers, and how federal agencies could more quickly adopt AI.

Buck said that while the public perception of AI is that it’s “rocket science,” federal agencies can begin with focused pilot projects like the Air Force’s Project Maven.

“Using AI for aerial reconnaissance holds great promise to alleviate airmen from having to stare at screens for 8 hours a day looking for a problem,” Buck said. “Image recognition is a well established technique, and can be leveraged quickly.”

Buck appeared in a panel focused on the current state of AI and barriers to government adoption. Other panel members included Dr. Oren Etzioni, chief executive officer of the Allen Institute for Artificial Intelligence, Dr. Charles Isbell, executive associate dean and professor at the Georgia Institute of Technology, and Dr. Amir Khosrowshahi, vice president and CTO of Intel’s AI Group.

The panelists encouraged the government to invest more in AI research and promote science, technology, engineering and math (STEM) in middle and high schools.

Georgia Tech’s Isbell said that the scarcity of computer science teachers was a limiting factor. “We need more teachers to develop the next-generation workforce,” he said.

The Allen Institute’s Etzioni said schools teach PowerPoint because teachers don’t know how to program. That’s a missed opportunity because 8 to 10 year olds are at the perfect age to learn computer programming.

Buck said every major federal agency - just like every major technology company - needs to invest in AI. He also recommended that the government open up more data to the research community.

Buck identified several major areas where AI could benefit the government, including cyber defense, healthcare and reducing waste and fraud. When asked which government data should be made available first, Buck suggested healthcare data offered the greatest opportunity.

“The problem we face is too important and the opportunity is to great to not open access to healthcare data,” he said. “It has the greatest potential to actually save lives.”