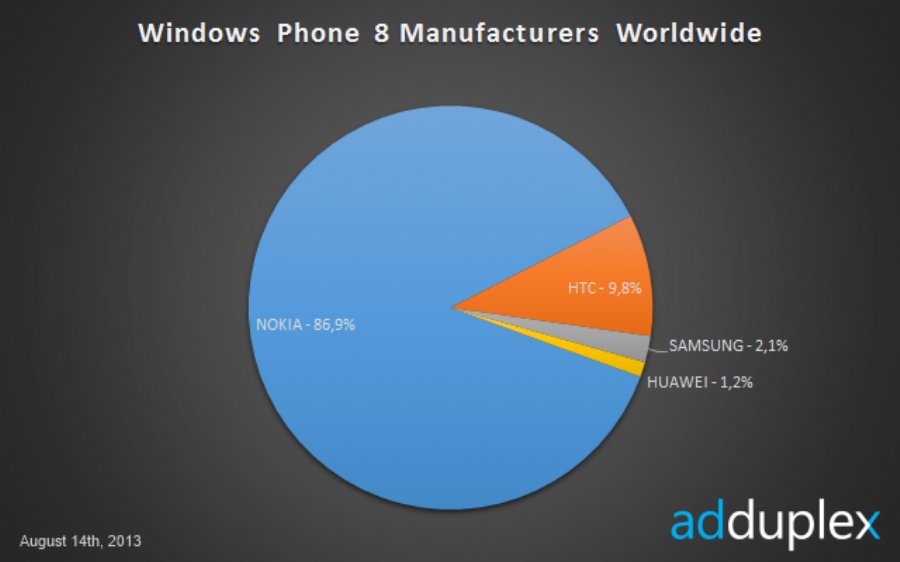 
1,814
AdDuplex, a cross-promotion network for Windows Phone and Windows 8 apps, has released its August installment of its Windows Phone statistics report which shows that Nokia is the undisputed king of Windows 8 Phones with an 86% market share.

The report is based on data collected from 1,009 Windows Phone apps running AdDuplex SDK v.2. In the report the Nokia Lumia 520 is still the top Windows phone with an 18% share worldwide. Also examined the impact of the Lumia 1020 as well as the rise of Windows Phone in India.